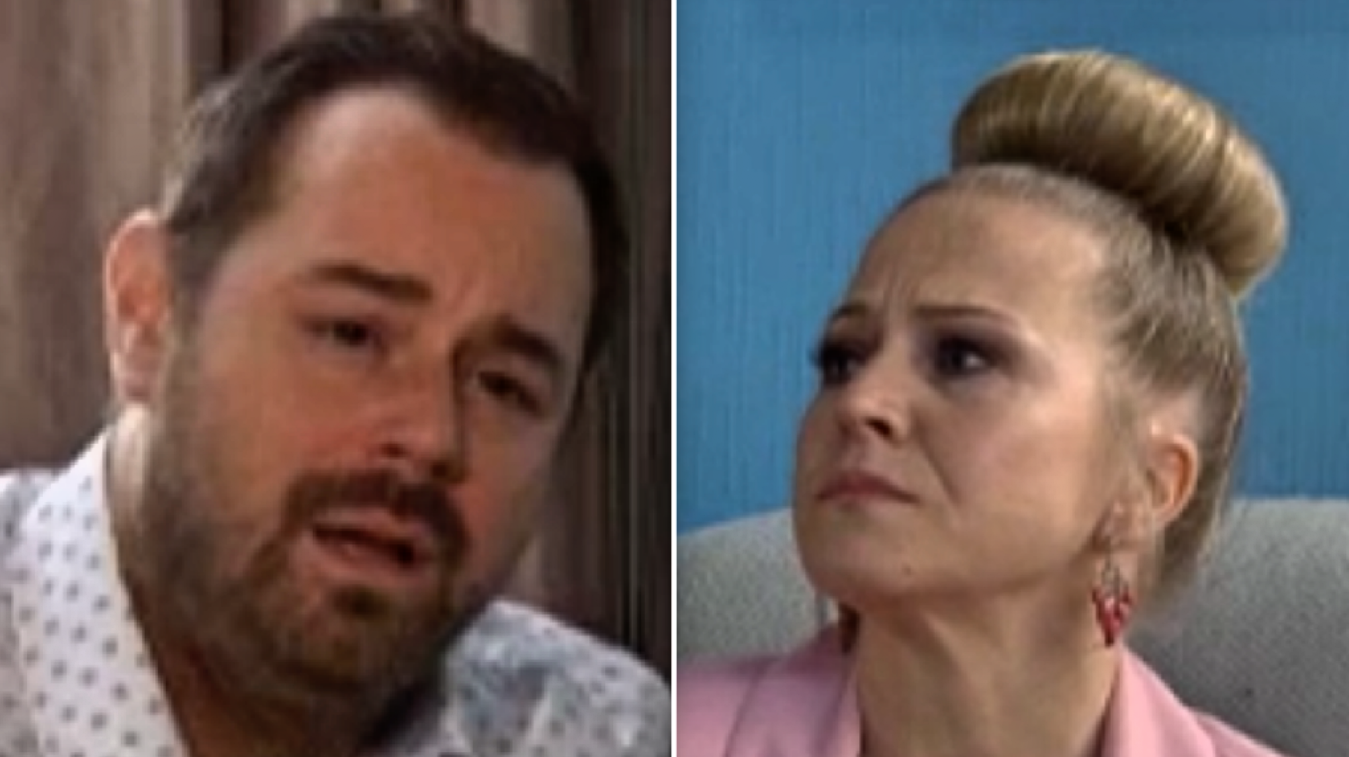 The landlady of the Queen Vic made the discovery while at the hospital to investigate Nancy’s (Maddy Hill) decision to be sterilised.

Pleading with the consultant to cancel her daughter’s operation, Linda suddenly felt all woozy and a little faint.

The doctor suggested that she take a look at her, prompting Linda to reveal that she thinks she might be pregnant.

Nancy, meanwhile, got wind of Linda’s interference and railed at her mum.

Linda did little to deny what she did, arguing that she’s simply looking out for her, but Nancy was having none of it, and claimed that she should’ve never had kids.

The matriarch of the clan took that comment to heart, before telling Mick (Danny Dyer) that she’ll hopefully get parenting right the next time around.

Mick was confused, but as he put two and two together, he was overjoyed, claiming that a Carter baby was just what they needed right about now.

Linda, however, was forced to burst his bubble, as she revealed that she’s five months gone – meaning that the baby is Max’s.

Viewers have tried to forget will remember that Linda uncharacteristically and controversially cheated on soulmate Mick with lothario Max over the festive season.

Given that she wasn’t being intimate with Mick at the time of her ‘fling’ with Max, it’s unlikely that her hubby is the father.

We can all but hope for a last minute twist though, can’t we?

How will Mick react to this news?

Nancy’s return and Frankie Lewis’ (Rose Ayling-Ellis) introduction have both revitalised the Carter clan, restoring the classic dynamics that made them such a hit with viewers in the first place. This revelation, however, threatens to ruin it all.

EastEnders continues Thursday May 6 at 7:30pm on BBC One.

Join the community by leaving a comment below and stay updated on all things soaps at our homepage.