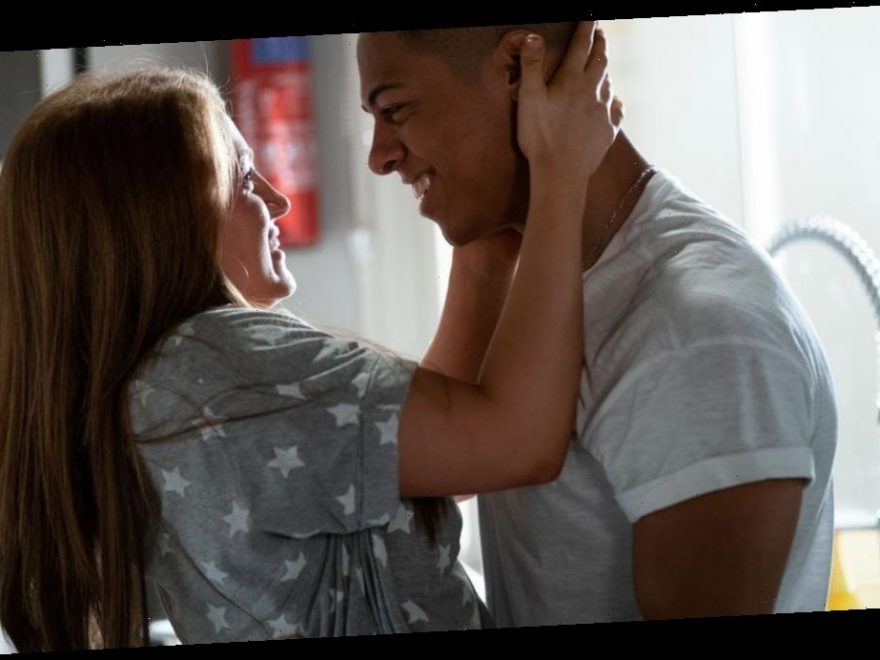 EastEnders' Maisie Smith and Zack Morris have broken their silence on rumours that their soap romance between their characters Tiffany Butcher and Keegan Baker has continued off-screen.

The EastEnders cast members have denied they are dating in real life after they were spotting leaving the soap's 35th anniversary party in East London at the weekend.

Maisie, 18, told MailOnline: "I film most of my scenes with Zack, naturally we've built a great friendship. Nothing but mates."

Zack, 21, who plays Keegan Baker added: "The majority of our filming days are spent together so we have grown closer as friends but nothing more than that."

The pair looked very cosy as they shared a taxi home from the party, as an insider claimed that their on-screen chemistry had spilled into real life.

A source told the publication: "Maisie and Zack are very close off-screen, as well as being a married couple in EastEnders.

"They were the only cast members to share the same cab home together after the party on Saturday night."

Another said: "They couldn't resist showing their affections for each other, with Maisie tickling the back of Zack's neck as the left the party.

"Romance blossomed as their characters grew closer, which only adds to their chemistry on-screen.

"They're adorable together and the rest of the cast think it's really sweet they've connected in this way."

Their characters Tiffany and Keegan got married at the end of last year, as they legged it to Gretna Green to make their whirlwind romance official.

Whilst their families were not on board with the union, as they're both still in school, they all changed their mind and went up to Scotland to celebrate.

The teen marriage seems to be going smoothly at the moment, but knowing EastEnders, there is sure to be trouble around the corner…