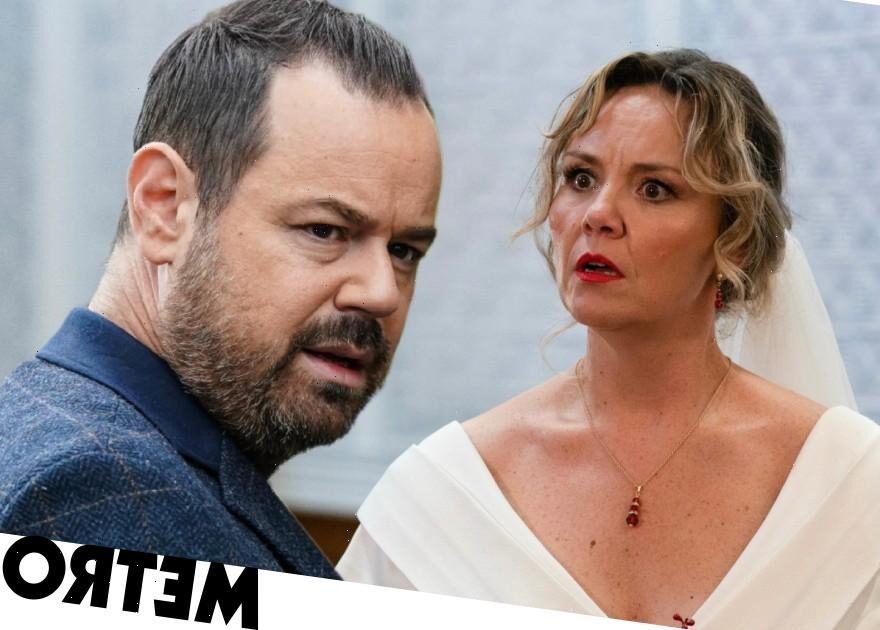 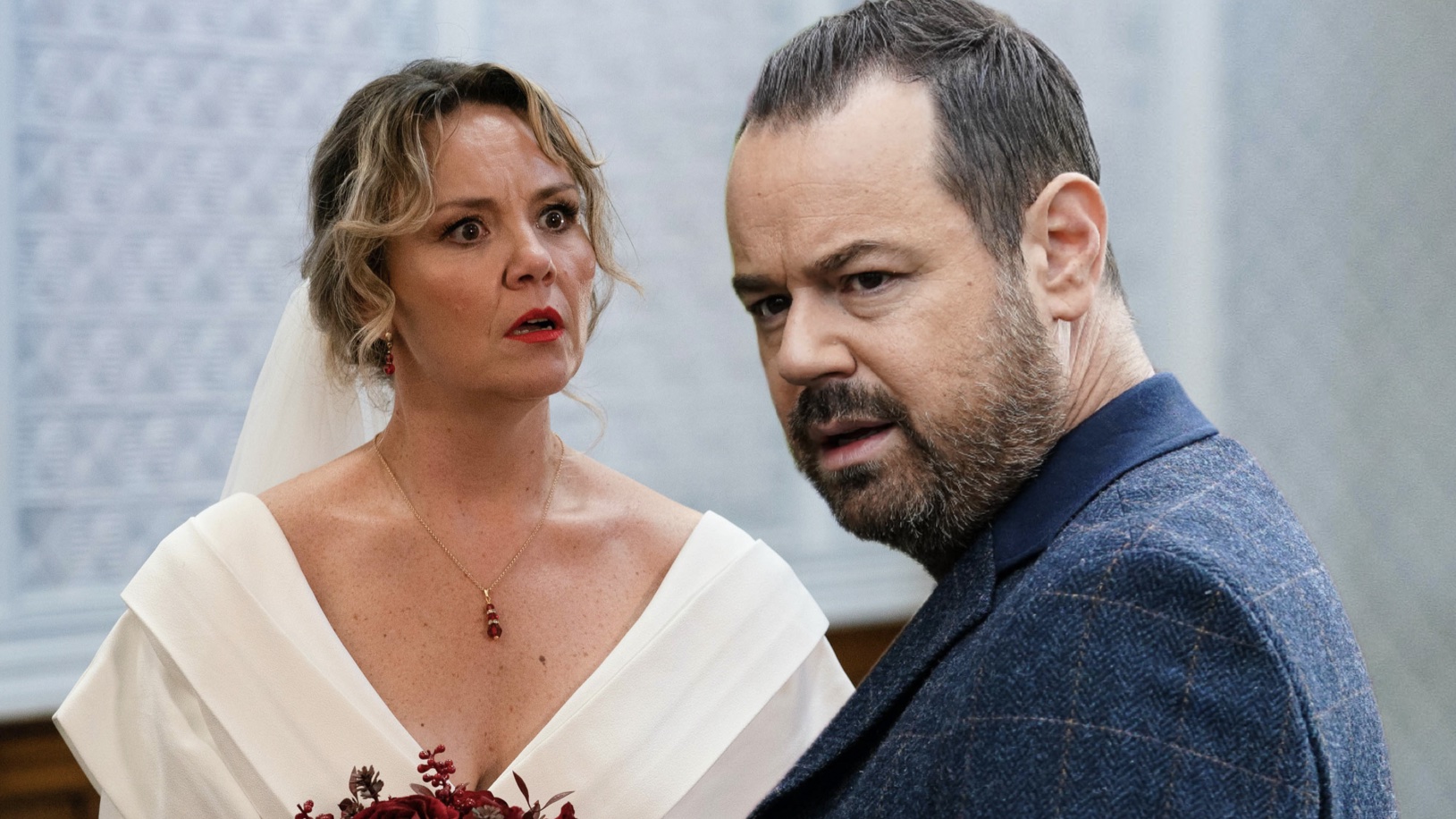 EastEnders loves a dramatic wedding, and drama is most certainly on the cards for Mick Carter (Danny Dyer) and Janine Butcher’s (Charlie Brooks) big day, which arrives just shy of Christmas.

Mick, as viewers know, embarked on a relationship with Janine shortly after his marriage to long-time love Linda (Kellie Bright) came to an end.

The landlord felt that Janine brought him great comfort during times of strife, as he struggled to process both the death of his beloved sister/aunt Tina (Luisa Bradshaw-White) and the end of his and Linda’s marriage.

Little did he know, however, that Janine was the cause of his marriage being destroyed, after she schemed and meddled in the popular couple’s relationship, making both parties involved think that there was no way forward for them.

Linda knows full well that Janine is incredibly dangerous and manipulative, as does Shirley (Linda Henry), but Mick remains in the dark ahead of his wedding to the bride-to-be.

Janine, who is pregnant with his child, vents to Mick about her frustrations over Linda’s presence in the pub in upcoming scenes, and suggests that he buy her out when they start their new life together, but Mick refuses – knowing how much the Vic means to Linda.

He does, however, devise another solution, one which would see him and Janine start afresh elsewhere, much to her horror, as she had her heart set on becoming the new landlady of the iconic Walford boozer.

Sucks to be you, Janine.

Mick reassures her about their future together, promising to tell Linda all about their plan soon. Shirley, meanwhile, has her suspicions raised when she overhears Janine on the phone to a mystery man named ‘Steve’.

The question is: just who is Steve? What’s more, what is Janine up to?

The jury is still out on both conundrums we’re afraid, but Shirley is keen to investigate further, knowing full well that her nemesis is up to something.

Janine breaks the news to Scarlett (Tabitha Byron) that they will be leaving the pub, but Scarlett is more concerned that Mick will discover her mum’s lies – which will inevitably ruin the life they’ve got.

Janine reiterates that Mick must never find out, but little does she know that Shirley has overheard some of the discussion!

Shirley takes it upon herself to quiz Scarlett, hoping to get more information on what the big secret is. Scarlett, however, remains tight-lipped, much to her frustration, as Janine makes yet another secretive call.

And things take another explosive turn as Shirley sets about watching Die Hard – which is absolutely a Christmas film, just putting that out there – and makes a shocking discovery in the process.

Upon opening the DVD case, the picture of Frankie (Rose Ayling-Ellis) falls to the floor. The picture in question, as viewers are aware, was a selfie taken in the Square gardens back in June.

In the background of the snap, Janine can be seen disposing of her bloodied clothes in the bin behind the car lot. The clothes had previously been worn during the car crash which almost claimed Linda’s life.

Everyone in Walford believes Linda was driving the car, as does Linda herself who was intoxicated at the time, but this photo could be enough to prove otherwise.

Scarlett, horrified to find the photo on the floor, retrieves it and hides it in her diary, but has she done enough to avert Shirley’s suspicions?

Subsequent scenes see Shirley watching Janine like a hawk, so we imagine the answer to the above question is no. Linda, however, reckons that Shirley should drop her vendetta against Janine and accept Mick’s marriage, but Shirley knows full well something shady is going on.

Sonia Fowler (Natalie Cassidy), meanwhile, shows up at the Vic to help Janine with her wedding dress, telling her she doesn’t have to get married just because she’s pregnant.

At the same time that all of this is going on, Mick heads out with Ricky (Sid Owen) on his stag do, and Callum Highway (Tony Clay) tries to talk to him about his lingering feelings for Linda, but the landlord doubles down on marrying Janine.

On the morning of the wedding, however, he asks everyone to leave so that he make the final touches alone. Linda interrupts his moment of solitude, and the former lovers share a heart-to-heart, with the landlady offering her former beau a way out of his wedding to Janine.

But will he take it?

That remains to be seen, but subsequent scenes see Janine await Mick’s arrival at the registry office. Will he show up?

If you’ve got a soap or TV story, video or pictures get in touch by emailing us [email protected] – we’d love to hear from you.