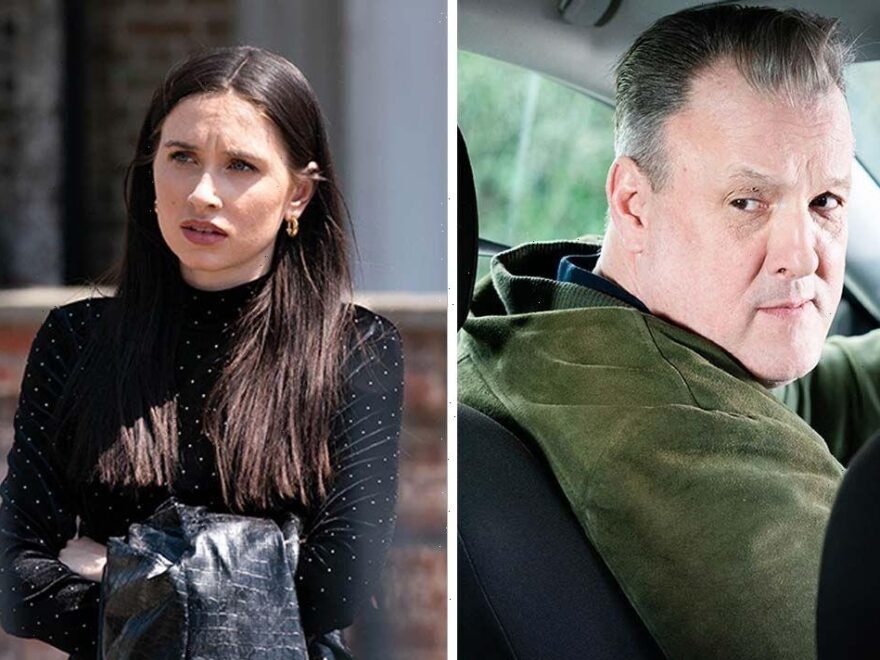 Dotty Cotton (played by Milly Zero) has not had an easy life so far in EastEnders and her troubles are about to worsen after she’s blamed for stealing the wallet of Harvey Monroe (Ross Boatman). The 21 year old clashes with Harvey who is longing for his daughter who left the Square earlier this year.

In official spoilers for the BBC soap Rocky Cotton (Brian Conley) can see that his pal Harvey Monroe (Ross Boatman) is not his usual jovial self.

In scenes this week it emerges he still isn’t over the departure of his daughter Dana Monroe (Barbara Smith) from Albert Square.

After an action-packed year in Walford, which involved a Beale love-triangle, Dana left for university in Glasgow in September.

A helpful Kathy Beale (Gillian Taylforth) tries to gee-up the emotional father and get him feeling back on top form.

She insists he thinks of something out of the ordinary to improve his mood.

Later on in Peggy’s, the destination for so many wayward plans, Rocky and Zack Hudson (Gavin Sullivan) encourage a miserable and uncomfortable Harvey to start dating.

They tease him into approaching some of Albert Square’s single ladies.

However, once Harvey hears Dotty mocking him and putting him down, his confidence takes a hit.

Harvey remains in a foul mood and the efforts of some of the Square’s considerate souls has not helped.

Later in the week, Dotty tries to make amends after witnessing the effect her words have had on him.

She tries to apologise to Harvey but he is still hurt from the comments and he ignores her.

His mood takes another hit as his wallet goes missing after he leaves his seat at the bar.

Considering their interactions so far, he is convinced Dotty is the guilty party.

Harvey confronts Dotty and accuses the young Cotton of stealing his wallet.

In front of Rocky and Kathy, Dotty denies having anything to do with it going missing and insists she is innocent.

After his terrible few days Harvey decides to take matters further and goes to the police to report Dotty for the theft.

Rocky and Kathy are unsure who to believe but show concern for both their friend and Dotty.

Will Harvey find out who stole his wallet and if it was Dotty, why has she gone down this road to someone she knows?

As the suffering Dad continues to long for his daughter Dana, how will he cope with such low confidence?

EastEnders airs Monday to Thursday at 7.30pm on BBC One and BBC iPlayer