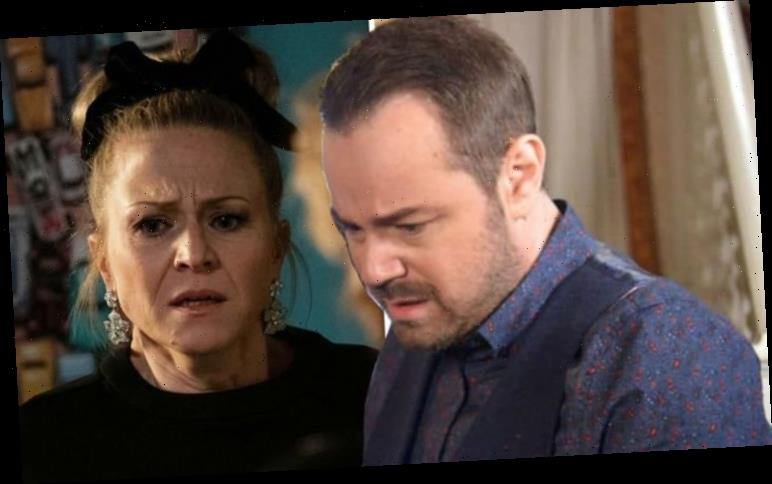 Linda Carter (played by Kellie Bright) has had a tough few months in EastEnders and turned to alcohol to try and cope with the problems her family was facing. However, after a near-death experience at the Thames boat party, the landlady has decided she wants to put her family first and move on with her life with husband, Mick (Danny Dyer).

Last year, Mick suffered from a number of serious health scares while Ollie Carter was diagnosed with autism.

Linda tried her best to keep her family together but found herself relying on alcohol to get her through the day.

When the Carter family realised how dependent Linda had become, it was too late and the landlady pushed her husband away.

In fact, her alcohol addiction even resulted in a series of events that led to her involvement in Keanu Taylor’s (Danny Walters) kidnap plot. 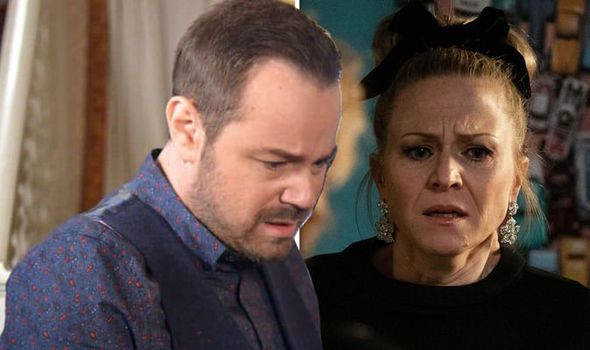 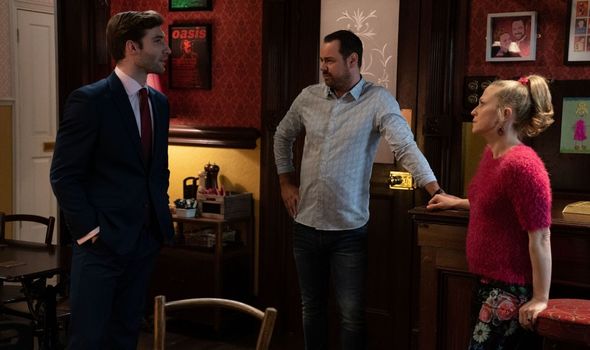 During the 35th anniversary week, Linda slowly began to realise the true impact her addiction was having on her family.

Despite serving Mick with divorce papers over fears he’d take her son away when the boat crashed, Mick ran straight to her.

Linda had become trapped but luckily the couple freed themselves just in time and are now getting their marriage back on track.

In recent scenes, Mick confessed to Mitch Baker (Roger Griffiths) that he was considering selling the Queen Vic to help his wife recover. 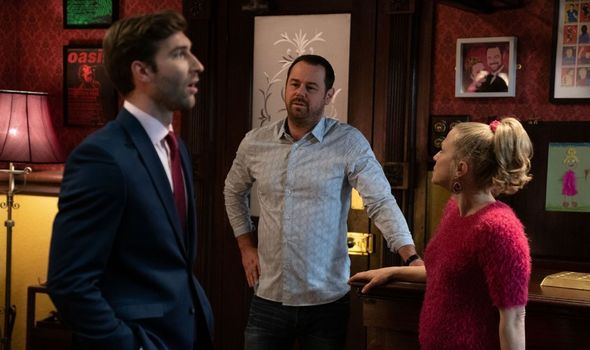 The mum of four has since returned to work and began apologising to those she hurt in the past.

However, after a tough few months, Mick and Linda will decide to sell the Walford pub making way for a new family to move in.

Linda starts off well adjusting to life behind the bar but it’s not long before her sobriety is testing and she’s caught redhanded.

Shirley Carter (Linda Henry) is furious with her daughter-in-law but the landlady breaks down and opens up to husband Mick.

Mick and Linda open up to each and have a heartfelt discussion about the future of the marriage and the best way they can put the last year behind them.

While they read to Ollie in bed, the couple comes to a life-changing decision that will impact the whole Carter family.

In spoiler pictures for the BBC soap, the couple goes ahead with their life-changing decision and invite an estate agent round.

However, when the Carters sell up, who will move in and reclaim the coveted spot?

Meanwhile, a TV source has hinted this might not be the last time fans see Mick behind the bar.

A soap insider told The Sun: “With Linda struggling to quit booze it makes sense Mick moves the family out the pub.

“His decision will spark a bidding war between some of the residents who fancy taking on the biggest job in Walford.

“Viewers will be sad to see Danny no longer behind the bar, but that doesn’t mean he won’t return at some point in the future.”

If you or anyone you know has been affected by Linda’s storyline, please visit the EastEnders advice page for help and support. EastEnders continues Thursday on BBC One at 7.30pm.