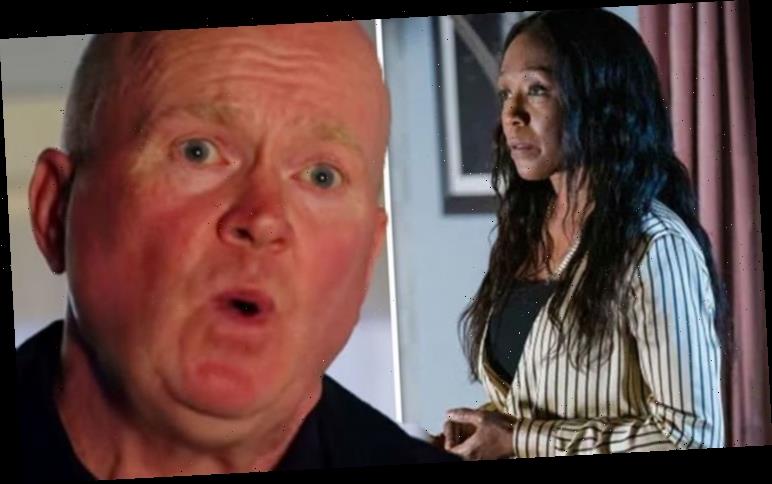 Phil (played by Steve McFadden) and Denise (Diane Parish) had a one-night stand three years ago in one of the most unlikely storyline twists EastEnders viewers had ever seen. This led to the birth of Raymond Dawkins, who the couple mutually agreed to put up for adoption as neither of them felt they could give him the life he deserved. However, the reintroduction of the toddler has set the cat amongst the pigeons and his adoptive grandmother Ellie Nixon (Mica Paris) looks set to cause trouble for the youngster’s birth parents. In a bid to bring the BBC soap villain down and get custody of their boy, will a spark form between the duo as they begin an affair?

The drama kicks off next week when Phil is desperate to track down Ellie, who has run off with his money and son after tricking the gangster into thinking the toddler needed lifesaving surgery.

Hoping to find out some information on the mysterious newcomer, Callum Highway (Tony Clay) decides to use his position in the police force to do some digging.

What he finds out is terrifying, as Ben Mitchell’s (Max Bowden) boyfriend discovers the reason Raymond’s birth parents were killed in a car crash was because of her.

Despite his corrupt boss being cautious about the young copper’s methods in getting closer to his partner’s father to destroy him, the former undertaker gets his hands on a number and address for the villain.

Finally having some information to work off of, the Walford bad boy calls his son’s adoptive grandmother and demands she hands him back. 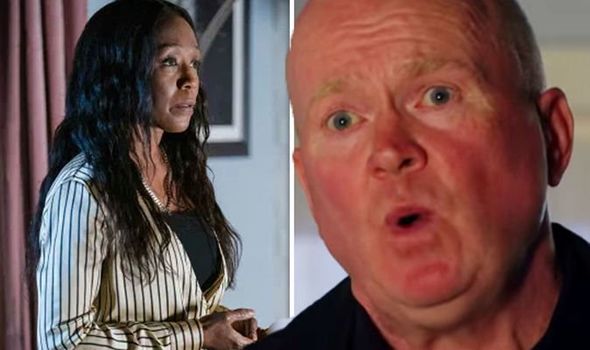 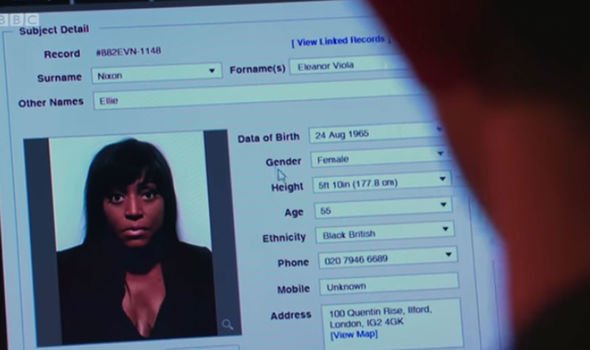 After some deliberation, Ellie agrees to meet her new adversary at The Arches and Phil takes the opportunity to confront her about her lies.

Knowing just how dangerous the newcomer is, the gangster decides he needs to take action to take back his son.

Offering some advice, Ben tells his father if he wants custody of his little brother, he’s going to have to go through the courts.

Unfortunately, his lawyer Ritchie Scott (Sian Webber) informs him there is no way a judge would hand him Raymond given his murky criminal record. 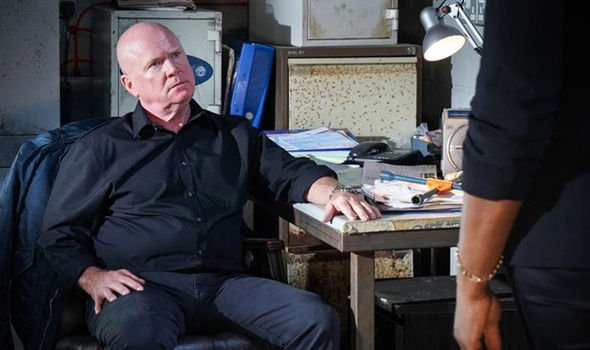 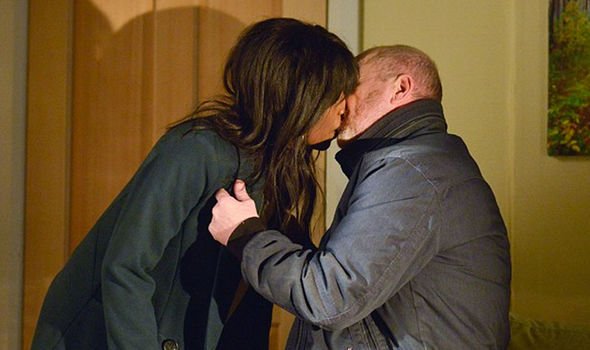 However, this sparks a plan in Phil’s mind and it’s not long before he’s heading over to see Raymond’s birth mother Denise for help.

The gangster explains to her she should work with him to get custody of their son, putting herself up to be the toddler’s guardian to the courts.

Not wanting Ellie and the judge to know he has a hand in the plan, the Walford bad boy tells his one-night stand lover he will be her silent partner and will pay for the legal fees.

Denise knows just how dangerous her son’s adoptive grandmother is, so it looks likely she will team up with the father-of-three.

Some dark things from her past are going to resurface

Raymond is the link which connects Denise and Phil and since they discovered his parents died, their reactions have put pressure on their other relationships on the Square.

The mother-of-three has begun arguing with her boyfriend Jack Branning (Scott Maslen) more, even though he has been trying to help her.

In her heart-of-hearts, the beloved character knows the only other person who understands what she is going through is the Walford gangster.

As they spend more time together to win custody of their boy, will the pair end up falling back in bed together as they feel a connection between them?

If they do begin an affair, Denise has a lot more to lose than Phil at this point as her relationship with Jack would surely crumble.

Actress Diane, 50, previously said: “I do know that some dark things from her past are going to resurface and there’s going to be some challenges there for Denise,” but could one secret be her feelings for Phil.

This would be the perfect time for her sister Kim Fox-Hubbard (Tameka Empson) and her daughter Chelsea Fox (Zaraah Abrahams) to return.

The pair will be making their comeback to the Square in the next few months, but how will they feel if they discover their loved one is now in a romance with Phil?

Denise’s ex-husband and serial killer Lucas Johnson (Don Gilet) is also returning to the soap, so he could go up against the gangster as he fights to get his ex-wife back.

EastEnders continues Monday at 8:05pm on BBC One.