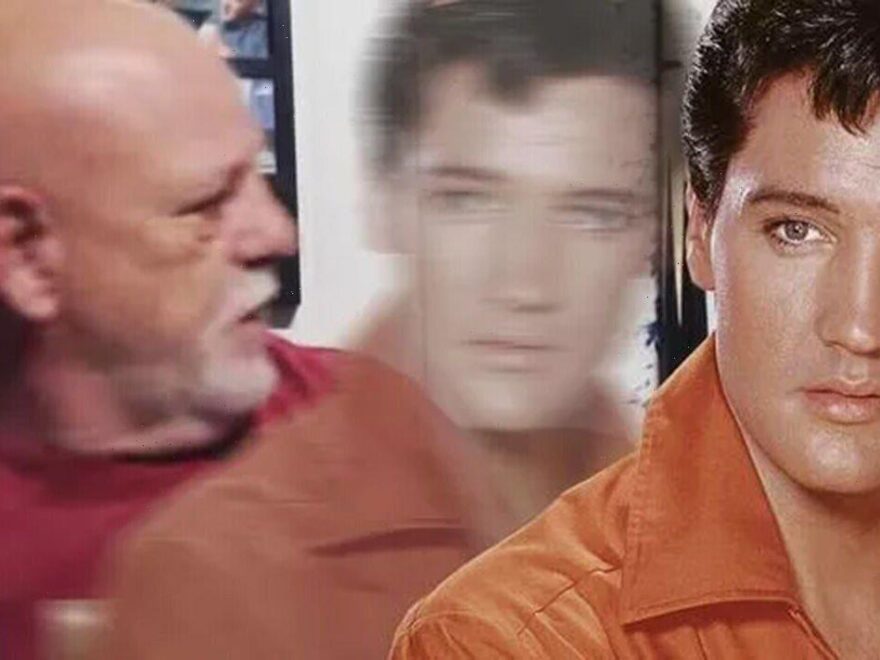 Elvis Presley lived and died at Graceland 45 years ago. The King was fascinated by death and once visited a morgue in Memphis with his inner circle. His cousin Billy Smith knew it was time to move out of the mansion when he became hearing the late star calling him from upstairs where he suffered a fatal heart attack in 1977.

Speaking previously on his son Danny’s YouTube Channel Memphis Mafia Kid, Billy said of sensing Elvis’ presence at Graceland: “I did. In fact, I guess that was the biggest reason I left Graceland. Got to a point where I’d go to sleep, it’d be early in the morning and I would hear him calling me. And I even got up and got Jo up too. She used to wake up too sometimes close to the same time.”

Yet it was when Billy was near the front of Graceland and he saw the upstairs windows that he says he felt something.

Billy continued: “I’d get dressed and I’d go out to Graceland and for some reason I always looked up at his office window because I felt like he was calling me and he was looking out the window. Oh boy that…that…got to me. And after they brought Elvis’ casket back into Graceland and they buried it then I felt like I was a little more at ease and it was time for me to get out of there.”

Priscilla Presley has continually said over the years that she senses Elvis’ presence at the Memphis mansion. Additionally, Billy’s son Danny, who grew up knowing The King, remembered a goosebump-inducing paranormal encounter.

Danny shared in a new video: “This was probably a few years ago and I was out in the man cave and just sitting out there. We have a CD player that’s like 1, 2, 3 CD. I’d been listening to some Hank Williams Jr, which was on the first CD and then there were some sixties classics on the middle CD and Elvis on the third CD. I was lost in my thoughts and listening to the music and all of a sudden the Elvis CD starts playing and…like I said everything’s explainable, but just telling what happened and it freaked me out big time…”

It should have clicked to the second CD, but instead went to the Elvis one which really gave him goosebumps.

This wasn’t the only time though, with Danny remembering how he felt a physical touch from what he thought was The King’s ghost.

Danny said previously: “I was watching some stuff on TV and I got kinda tired. So I turned the TV off and, of course, I put some Elvis music on and I’m listening to it. And all of a sudden, it was like a hand touched me right here [on my right shoulder]. I freaked [out], jumped up… and got off the couch here. There was goosebumps, I mean every hair on my body was probably standing straight out. It really freaked me out. And kinda the first thing I thought of as I looked over towards the stereo because the Elvis music was playing and I just got that feeling. I can’t say that it was really anything, But to me, it was almost like maybe it was Elvis or maybe it was my grandmother or maybe both.”

The King was fascinated by spirituality and the paranormal throughout his life but what did he think of Halloween?

In a previous video, Billy admitted: “He was not a great fan of the trick or treating or Halloween. He liked it alright, but mostly it was for everybody else. He was more interested in other things at the time.”

Nevertheless, Elvis did enjoy putting got masks like one of Groucho Marx which he once wore in his limousine and scared passes by in other cars.