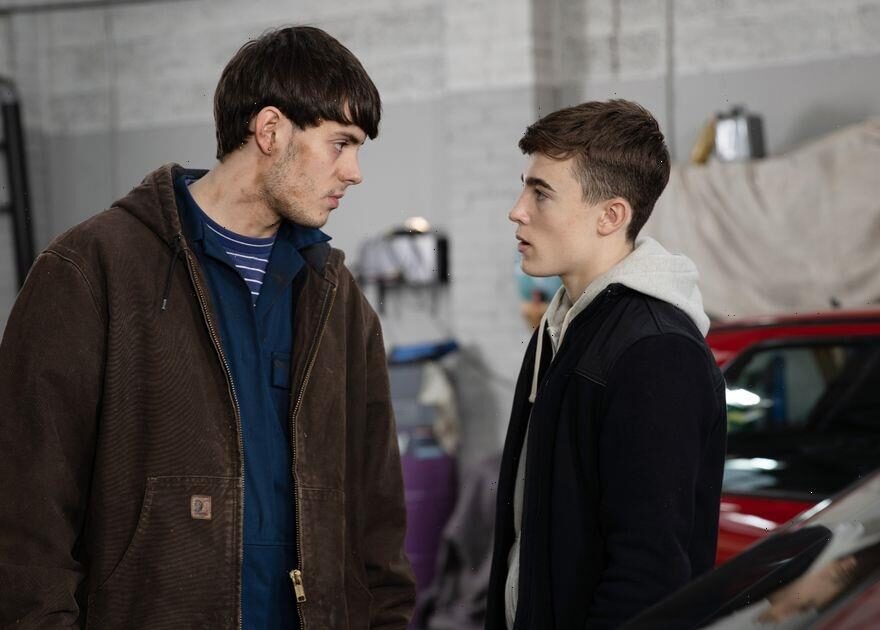 Emmerdale fans were left scratching their heads during Boxing Day’s ITV special after spotting a massive blunder during the episode.

Actors Aiden Kane and Riccardo Drayton were chosen to portray the brothers in their youth where they gave fans an insight into how their relationship fell apart.

In the flashback episode, fans watched the Dingle family slowly fell apart as Cain eventually turned his back on Caleb after finding out his sister Chas (portrayed by Maddy Barker in the flashbacks) was pregnant.

The mysterious hunk was then seen jumping into one of the cars in the garage and sped off before he was caught by the police.

Later on in the episode, Cain took the blame for his brother which resulted in another hefty prison sentence, but viewers were left distracted during the episode after spotting a glaring error on Caleb’s getaway car.

Taking to Twitter, fans couldn’t help but call out ITV bosses for an obvious continuity error after eagle-eyed fans spotted the car’s license plate changed throughout the scene.

One user penned: “Anyone else notice the license plate on the golf in the garage change between scenes?”

Another echoed: “Slightly random, but did anyone else notice something funny/ a bit suspicious about the number plates on 2 of the cars in the garage during the flashback scenes in Emmerdale? I did!”

A third penned: “Odd that the red Volkswagen Gold GTI that Cain was working on in the garage went from being an ‘F’ to a ‘J’ registration during tonight’s episode.

A final fan pointed out: “Continuity c**k up on Emmerdale tonight, red car in garage had 2 different number plates.”

Despite the minor error, fans also showered the actors with praise after they admitted the young actors who portrayed young Cain, Caleb and Chas did an impressive job.

One user gushed: “A massive well done to all the young actors playing teenage Cain, Chas and Caleb. The actor who played teenage Cain was incredible.”

A third echoed: “Can’t get over the young lad playing Cain, the mannerisms, everything unbelievable acting! Well done too all three!!!”