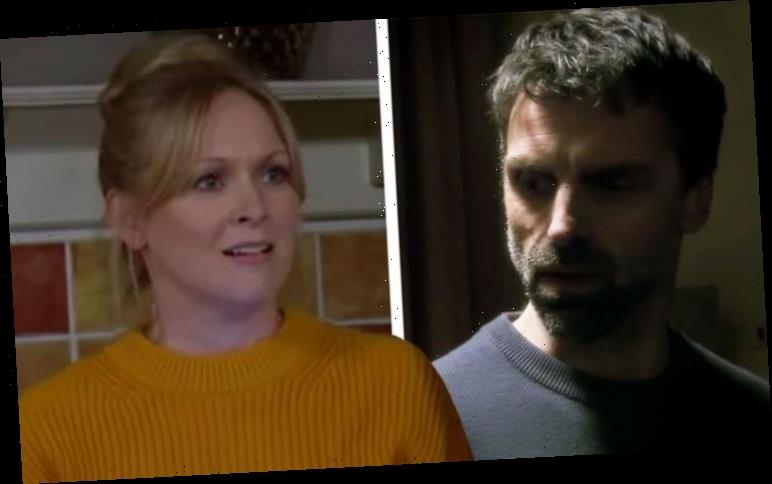 Emmerdale viewers were surprised to see Pierce Harris (played by Jonathan Wrather) expose himself as Graham Foster’s (Andrew Scaraborough) killer. After the actor spoke out about returned to the ITV soap, thoughts have turned to what is coming up for his storyline next. And it seems, the other residents of the Dales should be very careful.

Following Pierce being revealed as Graham’s murderer last week, the actor who played him sat down with the press and spoke about Pierce’s future.

As for how his character is going to move on from this, Jonathan said: “For him, it’s [Graham’s death] justifiable. He’s helped her [Rhona], saved her.

“So somehow he can compute that and deal with that somewhere in his conscience. Although that’s probably kind of skewed. He’s kind of provided a service. “He’s helped things He’s helped her [Rhona]. He’s changed her [Rhona] life for the better he believes.” 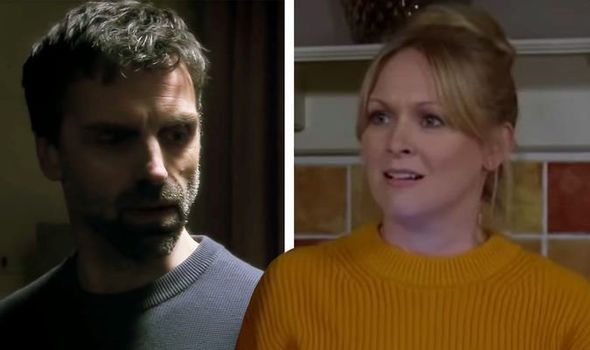 In tonight’s double bill, viewers tuned in to see Rhona Goskirk (Zoe Henry) visit Pierce’s flat, unbeknown it was where he was staying.

After finding an address on a piece of paper within Graham’s belongings, Rhona was adamant she needed to help free Marlon Dingle (Mark Charnock) from jail after he was arrested and charged for Graham’s murder earlier this week.

But Vanessa Woodfield (Michelle Hardwick) was quick to make Rhona realise the danger she put herself in; entering an unknown and potentially murderous persons house.

In a scene in the Woolpack, Rhona explained her jaunt: “Well I met him, the guy from the address. He claims he didn’t know Graham but he’s lying – or why else would he get so angry with me?” 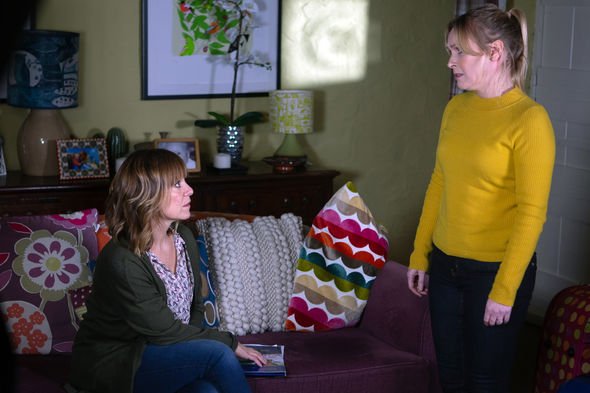 “So, some guy just got angry with you for you poking your nose in his business? So who is he?” Vanessa asked and her friend explained: “His name’s Trevor Stockfield, I managed to get inside his flat but he interrupted me before I could find anything.”

“Something’s not right and I know it – anyway I’m ok,” Rhona clarified but Vanessa was fuming: “For now yes! But what if he comes looking for you?”

It seems Rhona’s safety should not be what is worrying Vanessa, because there is a possibility she is going to be Pierce’s next target.

It comes after Jonathan spoke to The Mirror at the 25th National Television Awards red carpet about what is coming up. 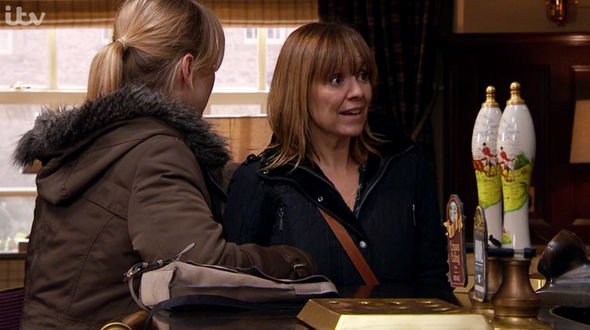 When asked whether Pierce could become the new Lachlan (Thomas Atkinson) of the Dales, the actor replied: “We’ll have to see, but people need to start watching their backs.

“Most people know who Pierce is but there are a handful of people who haven’t met him yet who are in the show now.

“He wants to be reformed – he’s done a lot of work on himself. He feels like he’s on a crusade, he wants to rescue Rhona – he’s done that one now. But things escalate and get slightly out of control.”

As for whether or not he means Vanessa, Jonathan revealed: “Well, she’s his kind of nemesis – she was always getting in his way (in his mind) between himself and Rhona so maybe she’s got a tough time coming up.

“We’ll wait and see! Things kind of unfold in a way that you don’t expect. Pierce is a victim of circumstance, so things kind of get out of control.”

It comes after another scene in tonight’s episode which saw Andrea Tate (Anna Nightingale) reveal herself as a murderer too.

Viewers were surprised to learn exactly what happened to her on the night of Graham’s death – but who did she kill?