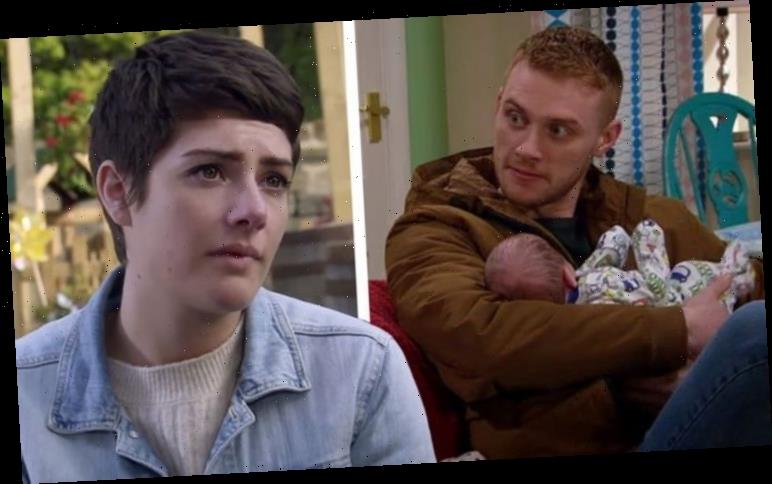 Emmerdale resident Victoria Sugden (played by Isabel Hodgins) welcomed her son, Harry into the world on New Years Day following a turbulent 2019. Looking ahead at what’s to come for the young mother, it seems romance is on the horizon with Luke Posner (Max Parker), despite their situation.

Almost one year ago, Victoria was raped by Lee Posner (Kris Mochrie) following a night out in Hotten and subsequently found herself pregnant.

Conflicted over what she should do, the Woolpack chef decided to keep the child and raise it alone, and during dramatic scenes over the New Year, she gave birth to a healthy baby boy which she named Harry.

Understandably, she found the first few weeks tiring and demanding, but has settled into her new role as a mother, like duck to water, despite the tension between her and Wendy Posner (Susan Cookson).

As for how Wendy is managing, viewers have tuned in to see her struggle with the distance Victoria has asked for between her and her grandson. 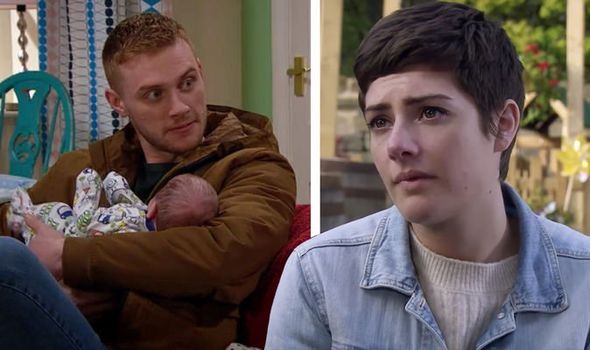 It comes after Wendy continues to refuse to acknowledge her son Lee, was a rapist, despite Luke believing what happened to Victoria.

Nevertheless, Luke has been a pillar of support for Victoria and last week, an episode showed Luke visit Victoria at her cottage and get to know his nephew.

While attempting to make a cup of tea, baby Harry threw up on Victoria’s shoulder. Wanting to go and change her top, Victoria handed Harry to Luke for him to hold and when she came back downstairs the pair were getting along very well.

Now it seems Luke is going to be a more prominent person in Victoria’s life as official soap spoilers have teased the two of them eventually getting together. 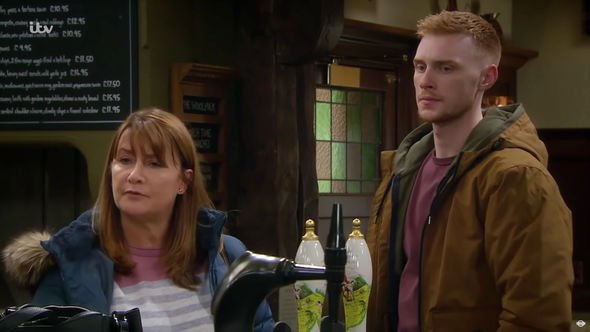 After hearing about Wendy suffering from depression, Victoria thinks she knows what could perk her up and when she runs into her in the cafe, she lets Wendy meet her grandson properly for the first time.

Dropping by to see how his mother is doing, Wendy fills Luke in about Marlon Dingle (Mark Charnock) being remanded in custody and denied bail.

With Marlon banged up behind bars and Victoria currently on maternity leave, there is a job vacancy in the Woolpack kitchen, and Wendy tells her son she is happy if he wants to apply for the position.

But will Chas Dingle (Lucy Pargeter) and Charity Dingle (Emma Atkins) take Luke on? Or will they think it’s a little too close for comfort for Victoria. 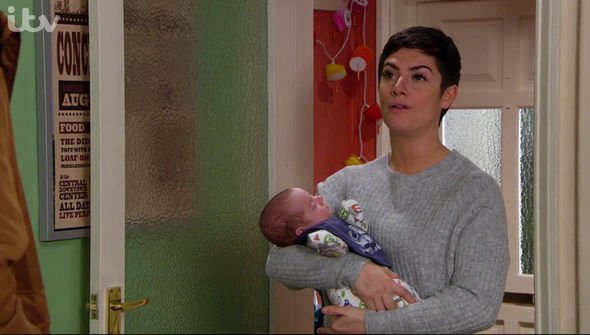 While waiting to hear about whether or not he has got the job, Luke offers to look after Harry for the day, freeing up precious time for Victoria to go out and run errands.

Could this be the start of a budding romance between Luke and Victoria?

Back in December, the actress who plays Victoria spoke out about the possibility of her character getting her happy ending.

She told Metro.co.uk: “The situation is very difficult, him being Lee’s brother. And I think he’s got a lot to deal with because he’s got his mum saying one thing, and Victoria saying another thing, but I just think after everything she’s been through, she wants a friend.

“If that then turns into something, who knows, I think that would be nice, she deserves a happy ending, but we’ll just have to see how it all unfolds.”

It comes after Emmerdale fans have predicted Victoria’s happiness.

Taking to Twitter to comment, one suggested: “I really want #Luke & #Victoria to be together & raise the baby. @emmerdale  #Emmerdale.”

“Victoria and this new lad is there romance ?? Soon ?? #Emmerdale @emmerdale,” another commented.

Some thought it would be a better storyline to see Luke get with Aaron Dingle (Danny Miller) instead.

“Really hope #Emmerdale don’t waste Luke on Victoria when hooking him up with Aaron would wind Wobwon fans up a lot more,” a tweet said.

“For some reason I’m getting the inclination of a love triangle story with Luke, Victoria, and Aaron. Coming to #emmerdale in the summer,” another added.

A third wrote: “#Emmerdale Oh no, Luke has more chemistry with Aaron than he has with Victoria. Let’s see if they write it.”