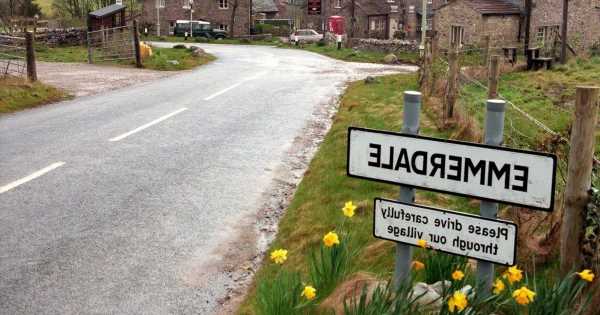 Emmerdale will pay homage to its first-ever episode during an hour-long special to mark the soap's 50th anniversary.

The serial drama first aired back on on October 16 1972 and remains one of the nation's favourite soap operas.

An bumper action-packed instalment will play out on Sunday (October 16) to mark the milestone birthday.

It will feature huge moments, including the aftermath of Faith Dingle's (Sally Dexter) tragic death story just as a violent storm touches down in the village.

As well as plenty of drama, director Ian Bevitt has revealed that there will be a nostalgic nod to the soap's debut episode.

He also went on to share the most difficult moments on creating the anticipated anniversary special.

Ian explained: "The major challenge was shooting a storm in daylight in the summer.

"We had to use wind machines, debris and clever camera angles to suggest the increasing, encroaching storm.

"There were also many stunts and set-pieces to orchestrate, but the brilliant crew and technical advisers we had on board helped immensely with that."

Producer Jane Hudson also revealed her team's plan to take viewers back to where it all began at a recent press event.

She said: "It’s interesting because when I watched the hour episode for the first time I thought this is like the journey of Emmerdale.

"We start very purposefully paying homage the very first episode where you see a hand going across the meadow, you see somebody on horseback, you see people in farms, you see the graveyard with Jacob Sugden’s grave.

"And then we get into the emotional relationships, the families and progress to a big event, a wedding.

"And then we get to the crash, bang, wallop stunt, everything’s thrown at it, all the technology, it’s all there. So it really is kind of Emmerdale's journey in an hour."