Ted Lasso is already an award show hit. The AppleTV+ series is nominated for a slew of Emmys, which could mimic last year’s Schitt’s Creek sweep. The Jason Sudeikis-led show snagged three awards already at the Creative Arts Emmys, setting up, what could be, a Ted Lasso affair on Sept. 19. 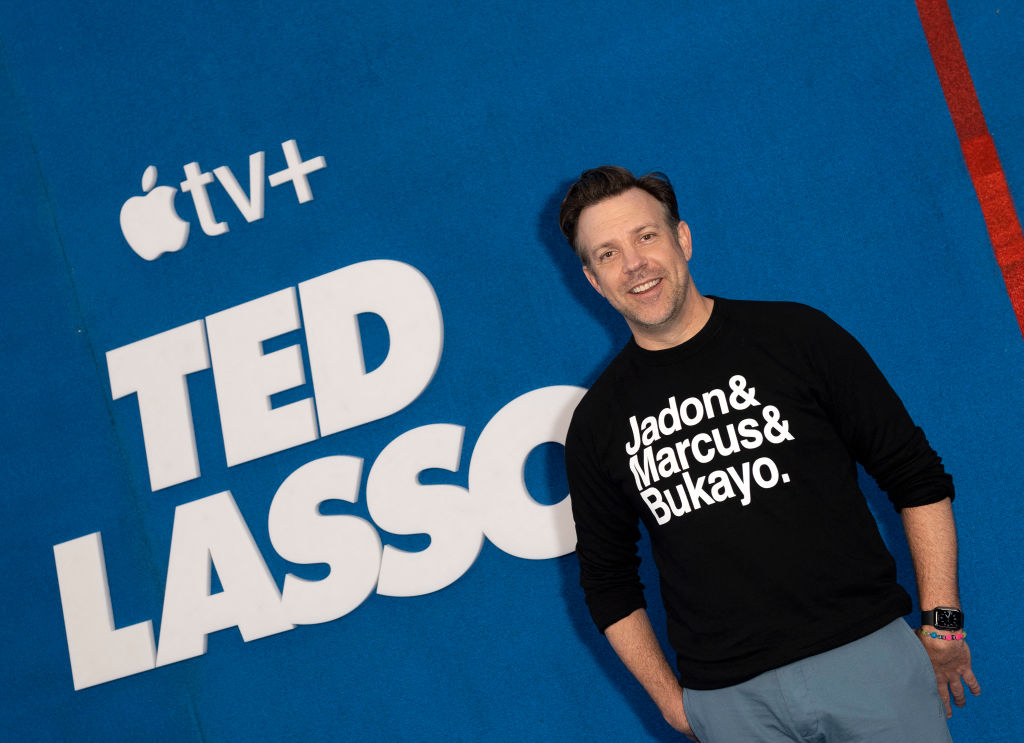 During the 72nd Primetime Emmys, Schitt’s Creek — the little engine that could — took home a total of seven wins, with a total of nine awards for the year. The number is the most a comedy has ever earned in a single year. The awards went to Catherine O’Hara as Moira Rose, Eugene Levy as Johnny Rose, Dan Levy as David Rose, and Annie Murphy as Alexis Rose.

Aside from the amazing cast, the show also won best writing, directing, and overall comedy series. Schitt’s Creek also won casting and costumes crowns at the Creative Arts Emmy Awards that preceded the Emmys with a total of 15 nominations. That’s a lot, but can Ted Lasso beat it?

Sudeikis, also nominated for Outstanding Lead Actor in a Comedy Series, developed the show with Bill Lawrence and Brendan Hunt. Ted Lasso is based on an NBC Sports character Sudeikis portrayed years ago to promote the Premier League soccer games. It was an instant hit, and Sudeikis ran with it (rightfully so).

Predictions for Ted Lasso say the series will sweep this year’s Emmys, and we’re betting they’re right. It’s nominated across six categories with 20 total nominations — more than Schitt’s Creek had last year — and an overwhelming fan base. If Ted Lasso takes all the nominations for a win, it’ll tie for “most Emmys won by a comedy series in a single season” and “most Emmys won by a series in its first season,” making history.

Though both are “feel-good” shows, Ted Lasso has a pretty good chance of topping Schitt’s Creek for a few reasons. Schitt’s Creek began in 215 on CBC in Canada and Pop TV. It took a while to build hype before Netflix came along in 2017, but it took off from there.

Ted Lasso fans were obsessed right away and continue to support the show. It doesn’t hurt that the Sudeikis project airs on a bigger platform with the new season. Schitt’s Creek‘s awards came on the heels of the series finale.

Whatever happens, Sunday’s race to the Emmys will be a close one.