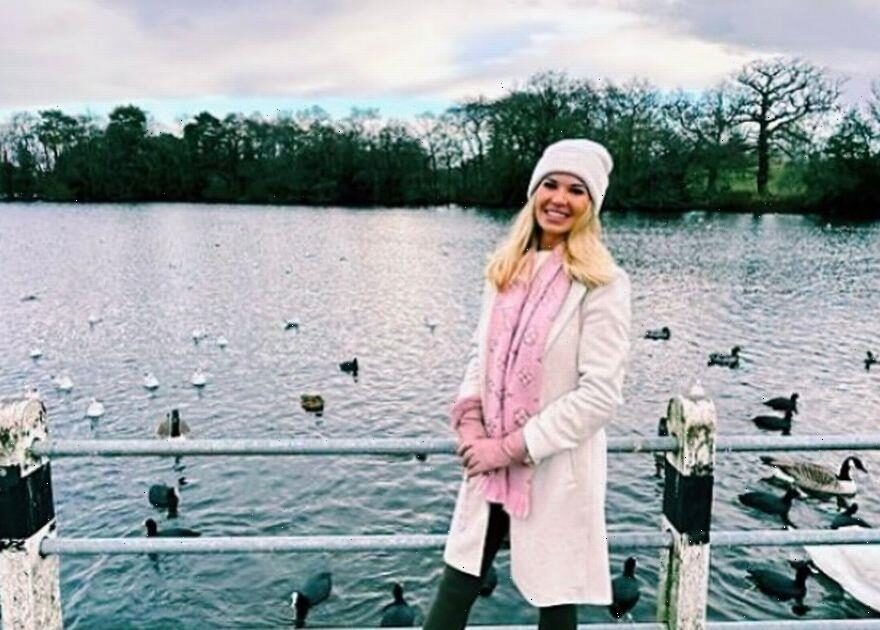 Christine and Paddy McGuinness enjoyed a family outing on New Year's Day with their three young children, following their split in 2021.

The Games star Christine, 34, and Top Gear host Paddy, 49, announced they'd called time on their 11-year marriage in July, but have remained living together for the sake of their three children – twins Leo and Penelope, nine, and six-year-old Felicity.

Both Christine and Paddy shared photographs from a park on 1 January, revealing they'd celebrated the start of 2023 by heading out to feed the ducks as a family.

The mum-of-three beamed as she posed by a lake, wrapped up warm in a cream coat paired with matching boots and a beanie hat, and a pink Louis Vuitton scarf.

"First photo of 2023 HNY everyone I hope you are all well and safe. Whatever you chose to do, I hope you chose what was best for you! I stayed home and woke up with my babies today, we went to feed the ducks perfect start to my year," Christine happily captioned her Instagram post.

Meanwhile Paddy shared a snap from the same location, with the TV host cutting a casual figure in a white hoodie, navy padded gilet and a cap, as he tucked into an ice cream.

Agreeing with his ex-wife, Paddy wrote: "Lovely start to the year. #january".

Become an OK! VIP and get all of our exclusive interviews, videos and stunning photo shoots sent straight to your inbox every week!

You'll receive an email with stories exclusive only for OK! VIP members, including celebrity house tours, baby reveals, wedding snaps and so much more!

The former couple's outing comes after Christine opened up about their split, revealing that it had been "heartbreaking at times" and that she and Paddy had dealt with the "hardest bits in private".

The 33 year old told OK!: “Patrick and I were together for 15 years. I wouldn’t say it was a failed relationship or a failed marriage – it was a good, long relationship. But unfortunately that’s over now and we’re just going to carry on and be the best parents we can be.”

Delving into the details of their break-up, Christine also told us: “No one gets married and expects it to end. It’s been heartbreaking at times, but it’s been a while now. We separated quite early on in the year, but didn’t say anything publicly until around summertime."

She added: “We’ve dealt with the hardest bits in private, which I’m glad about. You’ve just got to keep moving forward, keep smiling and focusing on all the positives. I really believe life is good and I’m very blessed.”

Christine and Paddy announced their split back in July, 11 years after tying the knot. The news come after the couple had been dogged by speculation there were fractures in their marriage for months.