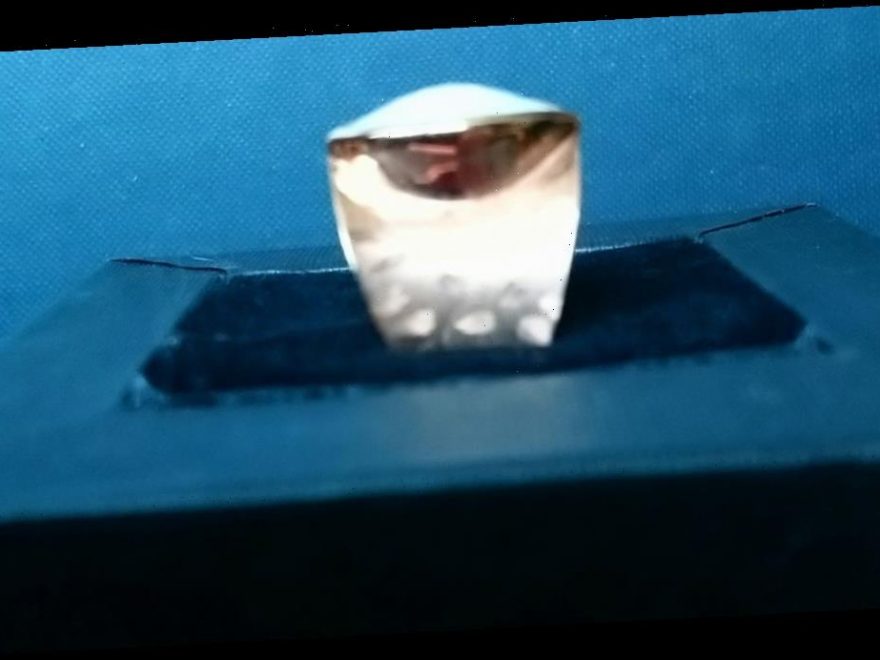 Social media users have slammed a woman for her agate ring which looks like a “baby crowning”.

The woman, from Edinburgh, posted the jewellery item to the popular Facebook group “That’s It, I’m Ring Shaming.”

The group, which has 28,767 members, share photos of engagement rings in order to tear them apart with humorous or cruel remarks.

In their description, the group writes: “We’re definitely that group you heard about on the news, radio, YouTube or Reddit #oops.”

The Scottish woman posted her own ring into the group and said: “Okay, lovely people – heap shame upon this one.

“This is one of my very own. It's rose gold, set with a faceted (I couldn't get a clear photos of that) white agate.

She continued: “It's a concave band. I thought it looked a little Roman, and that appealed to me, but tell me what you really think.

“I can take all you can throw at me…unlike some people.”

She then posted several photographs of the ring – a rose gold, hammered metal style with a wide band and bulging white centre.

The other members of the shaming group did not hold back with their comments.

One person said: “I love it, but I am into the ‘I ran over a bag of doorknobs with my car’ look… the vulva is a nice touch, you can never have enough vulvas."

Many agreed that the ring was vaginal in design with one saying “rusty vag”.

Others thought that the ring looked like it was giving birth.

One wrote: “It’s like a vagina with a baby’s head trying to break through.”

Another wrote: “The baby is breaching.”

Some went even further.

A woman wrote: “This looks like a vagina full of sperm.”

Some likened the agate ring to a spot.

A shamer commented: “Looks like it’s already come to a head, so you should steam the area to open the pore and apply pressure to extract the pustule.”

Other insults to the ring claimed it looked like a “c*ck ring”, “yeasty” and a “tonsil stone”.