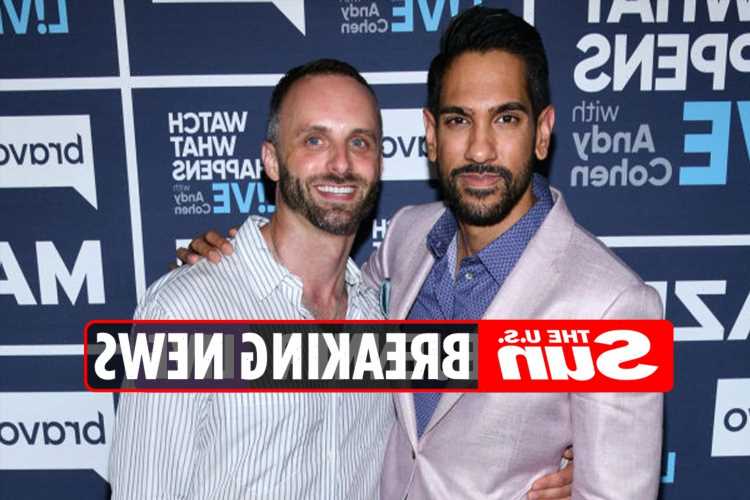 AMRIT Kapai has claimed that his fiancée Nicholas Kouchoukos was violently attacked after their engagement watch party.

The Family Karma star announced his engagement in a beautiful proposal documented on Wednesday's episode of the show. 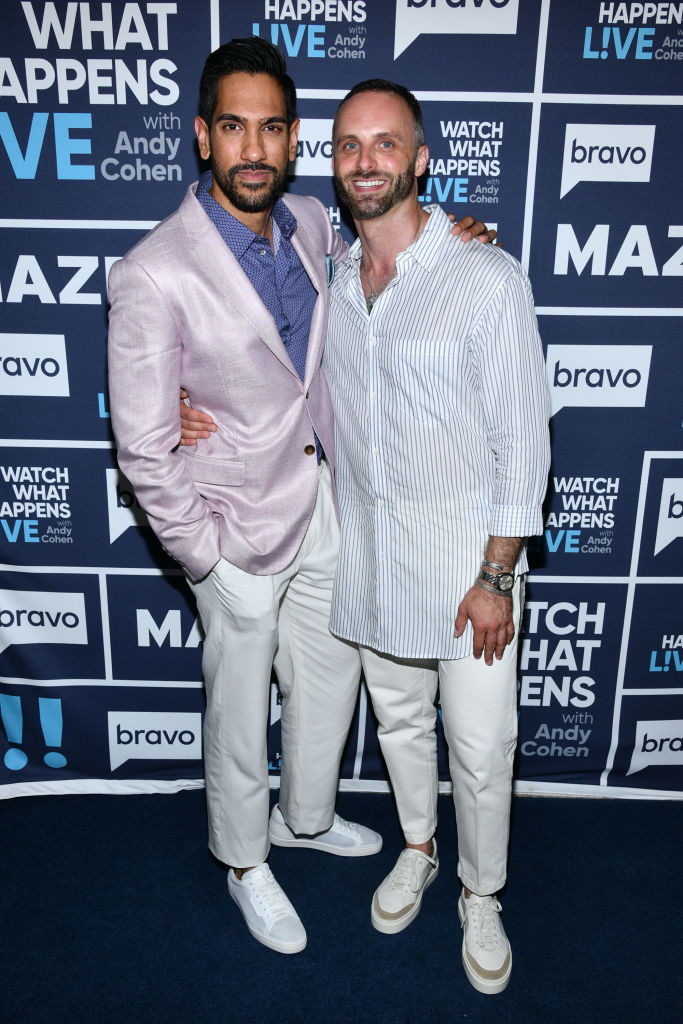 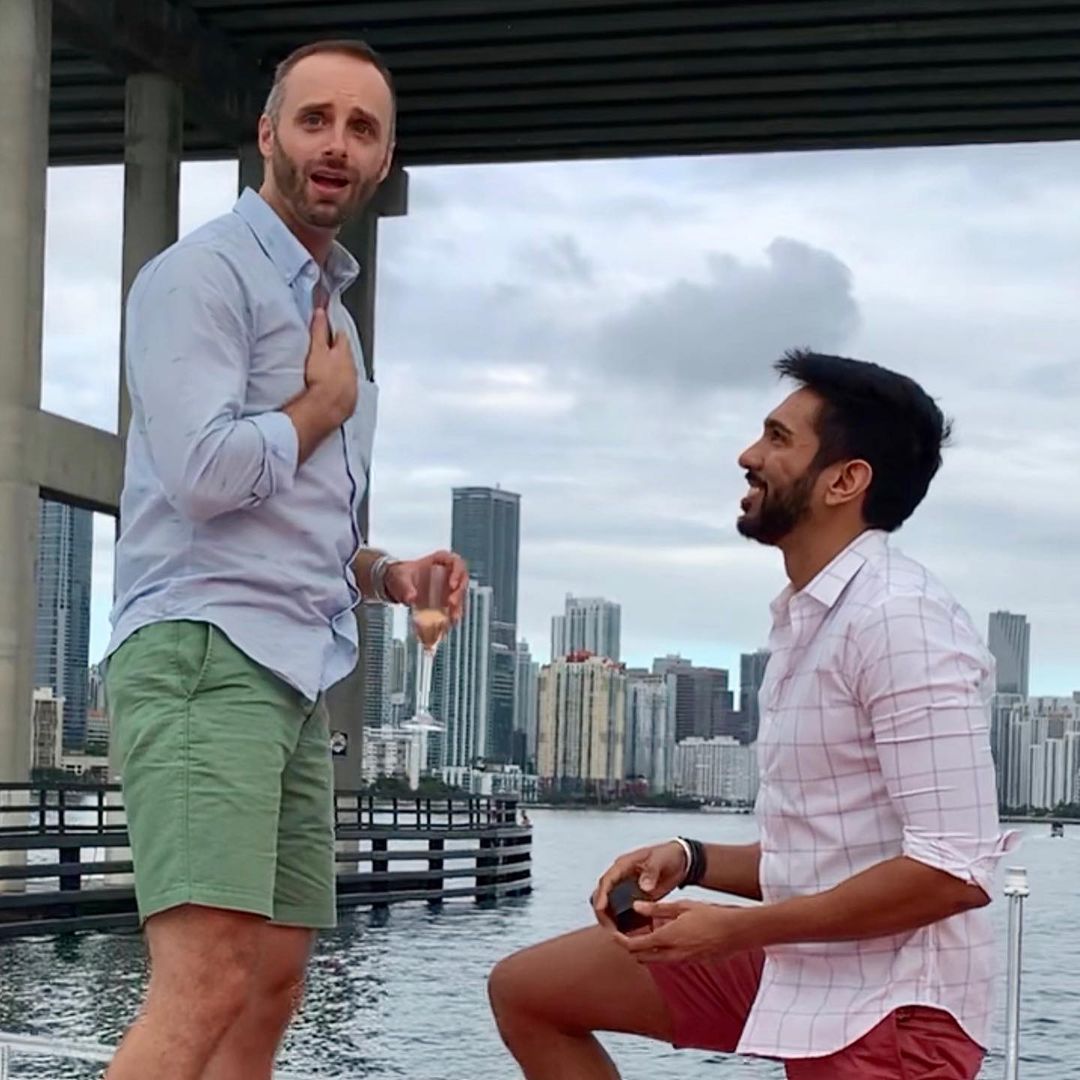 Amrit, 34, shared a shocking message on Instagram as he claimed that his new fiancée was ATTACKED after the watch party.

The reality star told his followers: "Tonight after our proposal watch party Nicholas was walking down the street in Boystown to meet me.

"A man got out of his car and punched Nicholas in his face. I have been so clueless.

"This is not okay. We do not feel safe in the #NorthHalsted neighborhood.I will not stay silent," he ranted.

Amrit and Nicholas announced their engagement during Wednesday's episode of the Bravo show, after nine years of dating.

The TV personality shared his intention to propose earlier in the season, as he discussed the idea with family and friends.

The lawyer popped the question during a love-filled boat day surrounded by close ones Bali Chainani, Vishal Parvani, and Richa Sadana.

Amrit confessed to feeling "nervous" about the big proposal, despite spending nearly a decade with his love.

"I am kind of nervous," he admitted, before joking: "Not as nervous as Vishal. I don't think he slept very much last night."

Later, the couple was taking photos together on the water when the Bravolebrity turned to Nicholas and said: "So I don't tell you nearly enough that I love you.

"You're everything I need, and I've known for a while now that I can't do life without you. You're a good person, and you're gonna be such a good father," he gushed.

"Remember when we first started dating, you told me you needed to protect your heart, and I said you don't have to worry about that because I'm gonna protect it," he told his future husband.

"I made that promise to you. Well, I want to renew that promise for the rest of my life, to protect your heart."

Amrit then got down on one knee as he asked: "Nicholas, will you marry me?"

An overjoyed Nicholas said: "Yes!" and his new fiancée then handed him a ring so he could make his own proposal.

"Amrit, I knew the moment I met you that I wanted to spend my life with you. I love you the most," he shared as he got down on one knee.

"Will you marry me?"

"Of course," Amrit replied, and they placed the rings on each other's fingers before sharing an intimate kiss.

The Miami Beach native has been open about his journey of coming out to his family since season one of Family Karma.

Earlier in the season, Amrit shared the truth of his sexuality and his intention to marry Nicholas to his grandmother, Koshlya. 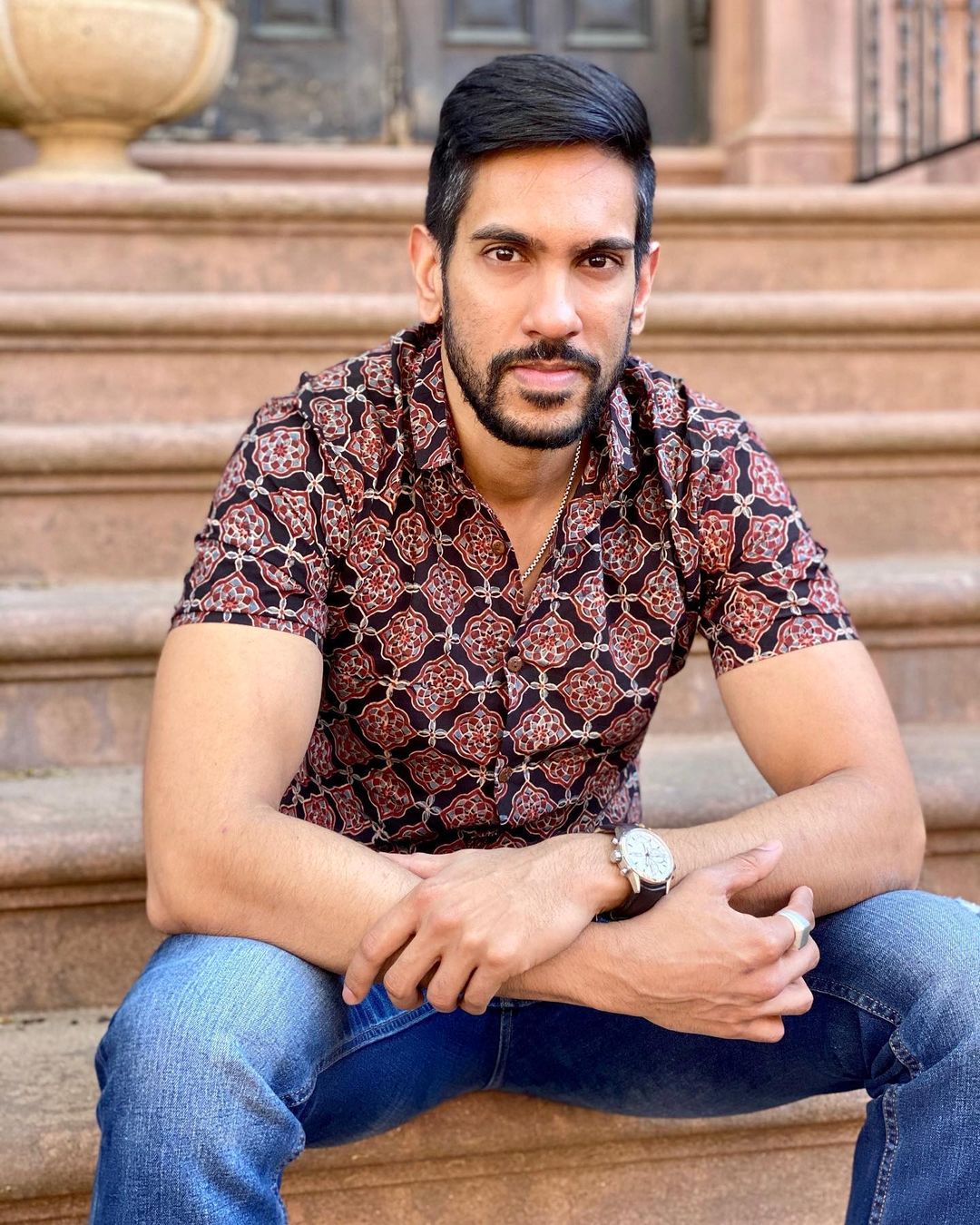 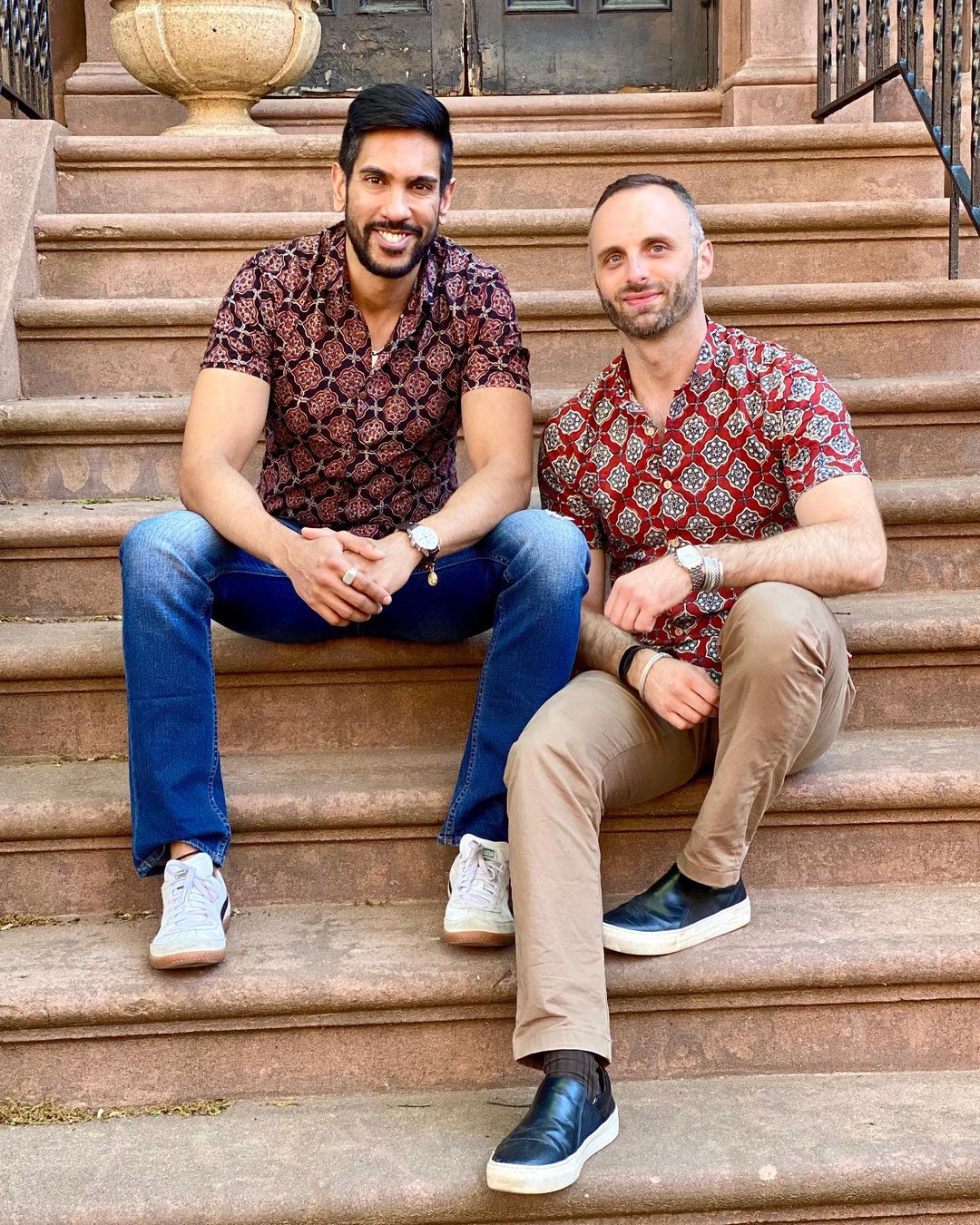 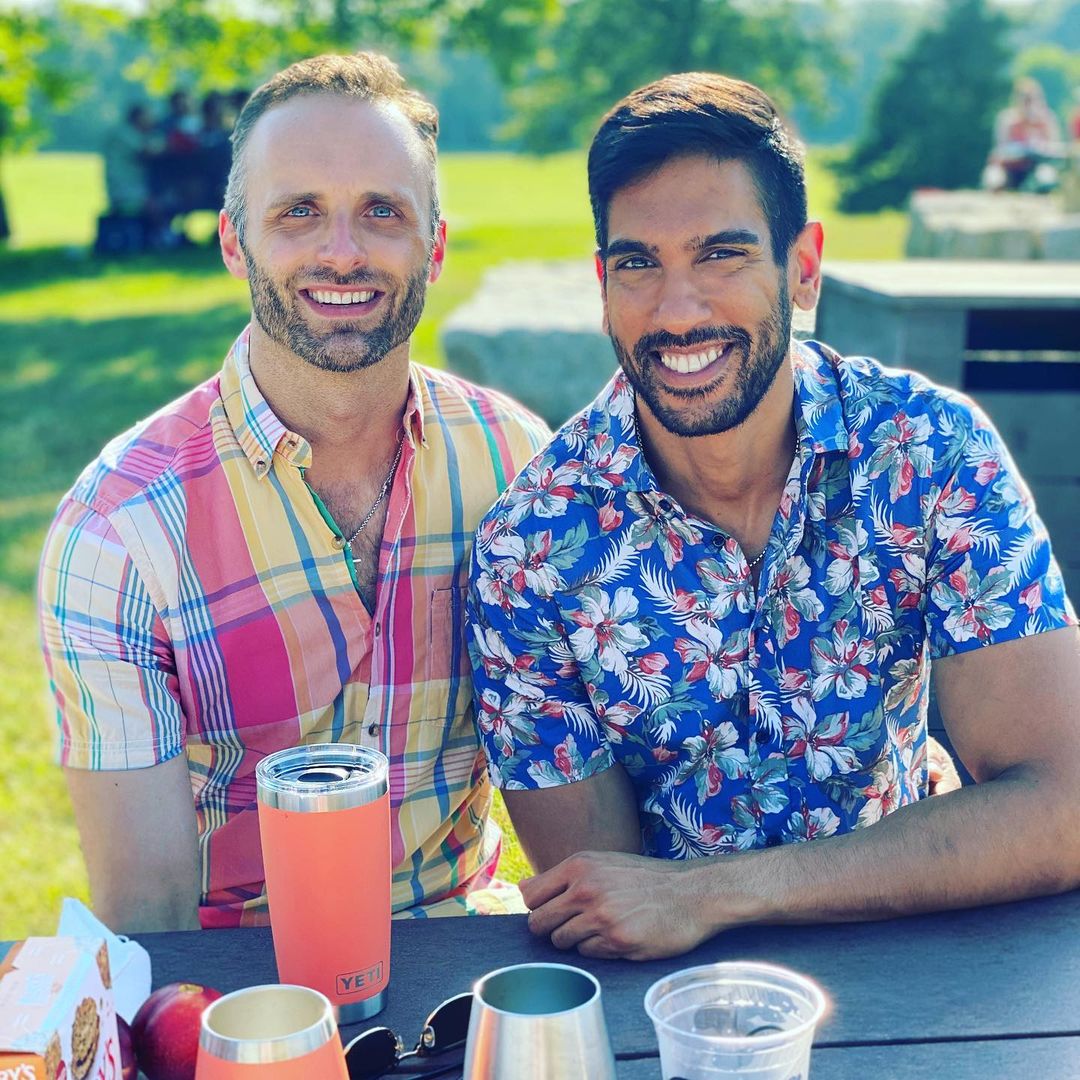