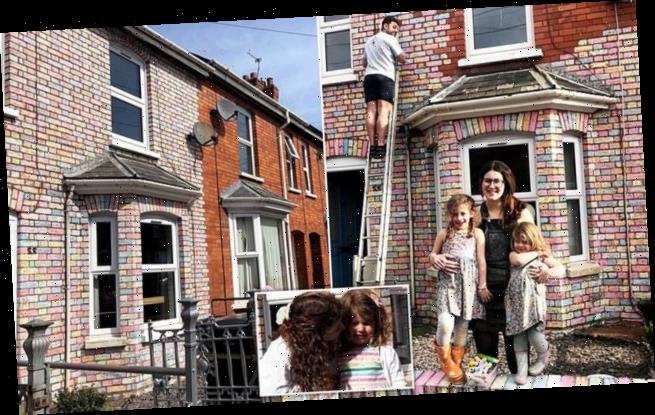 A family-of-four have revealed how they spent six hours colouring every brick of their terraced house in a rainbow of colours to lift spirits during the coronavirus lockdown.

Mother-of-two Fern Taylor, 26, from Wellington, Somerset, came up with the idea of using jumbo coloured chalk to decorate the front of their family home.

Fern, who works from home creating children’s hair accessories, said she was inspired by a family on Facebook who had decorated their home in a similar style.

But she said her partner Marco DeFazio, a 28-year-old Royal Marine, was determined not to stop there. 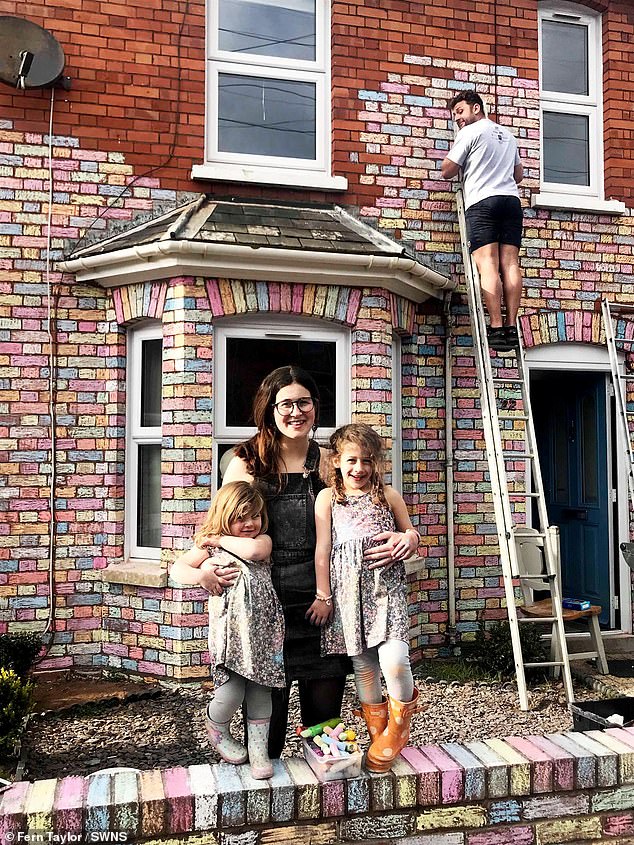 Fern Taylor, 26, from Somerset, with her daughters Arabella, four, and Matilda, two, and her partner, Marco DeFazio decided to colour in every brick of their home to create a rainbow house during the coronavirus lockdown

Fern said: ‘Originally I was going to do half of the house, but my partner got the ladders out and said he’d do the rest!’

And the couple also had help from their children – Arabella who is four and two-year-old Matilda who are pictured in matching striped dresses on the wall outside their pastel-coloured home.

Rainbows have become a common sight in people’s windows as people honour the NHS and urge people to stay at home with colourful designs.

Fern said: ‘It took us about six hours, using jumbo chalks. My youngest didn’t quite get the idea, but Arabella was a keen helper for the first half an hour. 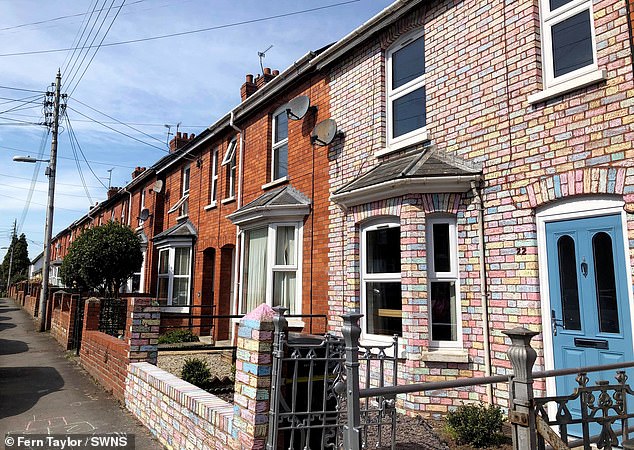 ‘Then they sat and watched, and played outside whilst mummy and daddy finished the rest!’

Fern posted photos of the finished product to her Facebook, where she received 225 likes with people praising the family’s hard work.

She wrote: ‘The amount of people that have stopped and smiled, and asked to take photos! Slowed down whilst driving past, And cheering us on has been so sweet!

‘We even had an ambulance stop and say they loved it!’ 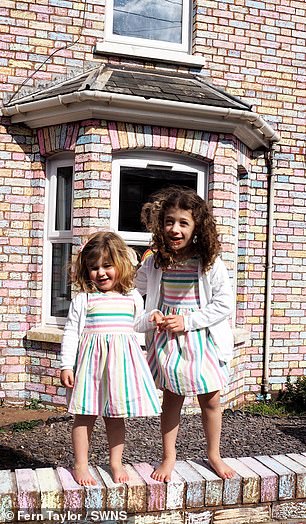 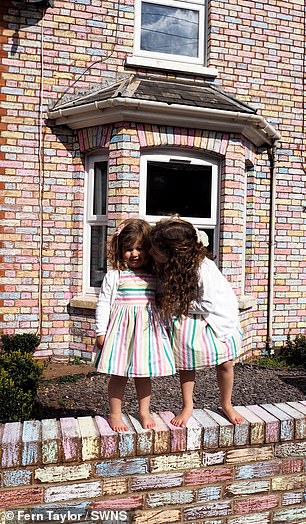 She said that it was a good project to keep her little ones busy during lockdown after she revealed that home schooling hasn’t been easy.

Fern added: ‘We set up a schedule and did a “home school” for the first week, but we’ve kind of just let that slide a bit now.

‘Routine is really good but sometimes it’s not possible. We’ve spent a lot of time outdoors in the garden, lots of crafting, and lots of baking.

‘I’ve actually really enjoyed family time. Arabella starts school in September and I’m grateful we’ve got this time together before she does.’