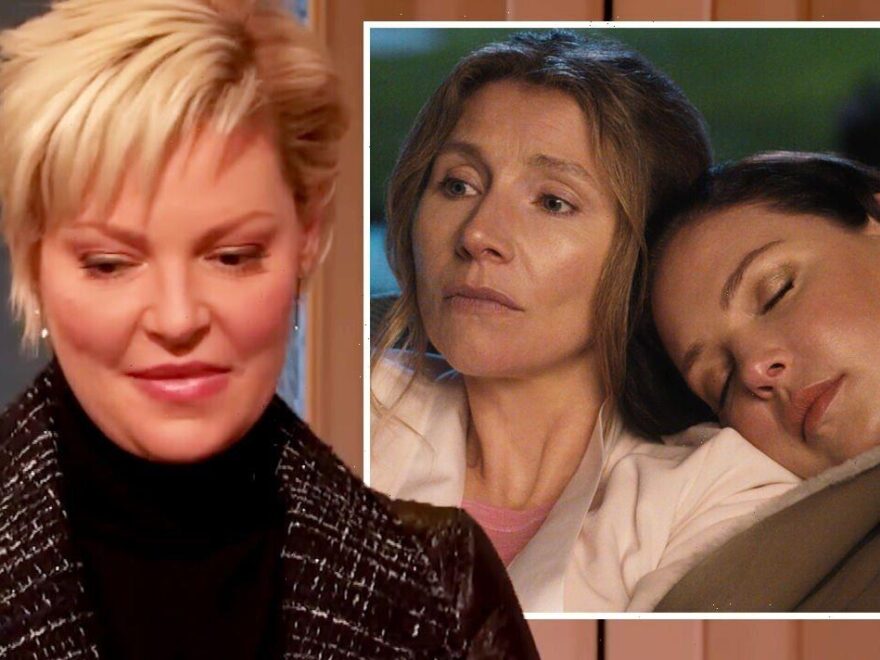 The second season of Firefly Lane is edging towards its highly anticipated final few episodes after the first part of season two dropped on Netflix earlier this month. As fans eagerly await to see how Tully Hart (played by Katherine Heigl) and Kate Mularkey’s (Sarah Chalke) stories will end, Heigl has spoken out about how she found filming the final ever season.

Speaking to Drew Barrymore on her self-titled talk show, Barrymore asked: “Tell us about season two because it’s one of my favourite shows.”

As applause rippled through the studio audience, Heigl replied: “Thank you, I’m so grateful you like it.

“I am so proud of it, I love it too and I think what I love about it is the message, the story.

“I fell in love with the book, I’m a huge Kristin Hannah fan so it was very exciting to me to get to be a part to tell one of her stories.”

Turning her attention to her co-lead, Heigl was full of praise: “Sarah Chalke is like… I mean, Sarah will be one of your best friends and it makes it a thousand times easier.

“It was so fun and I felt so safe with Sarah,” Heigl added as she complimented her co-star.

Barrymore then weighed in: “And it makes it so fun to watch.

“There’s nothing better than when you can work with your friends because then all your families come together,” the host added to which Heigl agreed: “Oh yeah.”

Elsewhere in the interview, Barrymore also asked Heigl about her family life as she prepares to celebrate her 15th wedding anniversary.

The Knocked Up star has been married to singer-songwriter Josh Kelley since 2007 and the pair share three children.

“You and your husband have been married for 15 years in December, congratulations,” Barrymore began.

“I can’t quite believe it,” Heigl cheekily weighed in. “I don’t know how we made it this long.”

“How do you think you’ve made it this long?” Barrymore probed prompting the Firefly Lane star to ponder.

She replied: “I think… listen, marriage is hard but the thing that I keep leaning into again and again…

Barrymore clearly agreed as she interjected: “I tell my daughters too that tone, it’s not always what you say, it’s how you say it.

“110 percent, really aggressive,” Heigl agreed. “But that’s me, I’m the aggressive one I think that we all know this.

Drew then praised Katherine for having a “really deep strength at her core”, branding it “admirable”.

Katherine replied by paying tribute to her mother with who she chats every day.