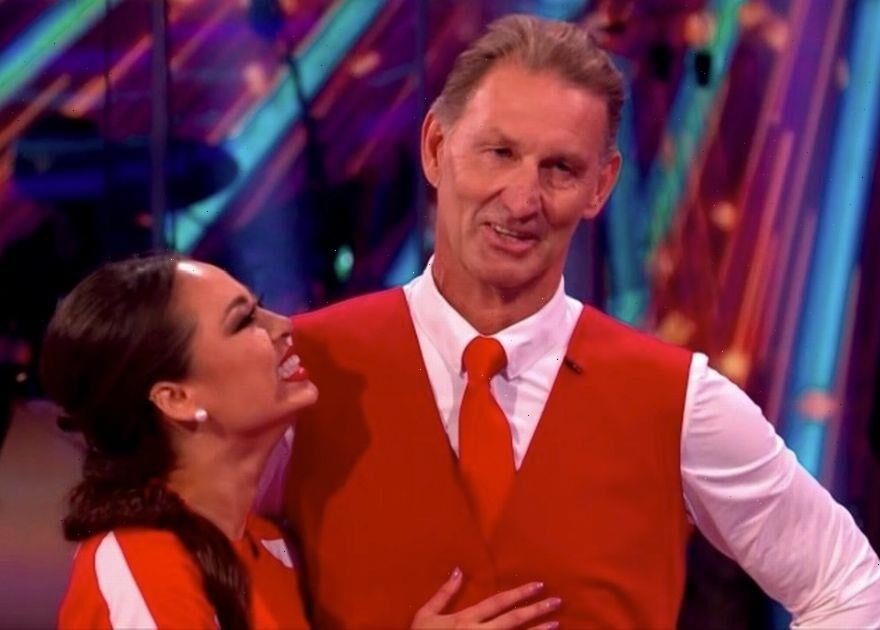 The ex-Arsenal and England footballer, 55, complimented his American blonde bombshell ex, with whom he had a four-month fling in 2001, by sending her a love heart emoji on Instagram.

Tony previously told in a tell-all book that having sex with Caprice, 50, during their romance, which came after the end of his six-year marriage to wife Jane Shea, was "like a drug".

At the time, the sportsman claimed there was no emotional depth in their short-lived relationship despite their sexual chemistry.

Sources close to the famous model have since revealed that despite their break-up more than 20 years ago, the former flames remain close friends and look back and laugh at their former relationship.

Tony, who is competing with Katya Jones on the BBC dance show, shared a flirty exchange with Caprice, who reposted articles about him complimenting her bedroom skills.

"Thanks Tony, my share price keeps going up as another article drops," she wrote in the caption, leading him to reply: "And you are still just as beautiful now." She answered: "Aw, you say all the right things."

One fan responded with: "I love your ability to laugh these things off, hilarious," as a second added: "Oh my, this made me laugh out loud."

A third commented: "Well, he was one lucky chappie. Take it as a huge compliment, that's how it should have read."

Writing in his 2017 autobiography 'SOBER: Football. My Story. My Life', Tony said of their relationship: "I don’t think it was purely physical – and there were plenty who would say I was punching above my weight…

"In the end, though, I knew I would have to end the relationship due to the lack of emotional connection. It felt like an act, that she was playing a game before and after she met me.

"The honesty and sincerity I saw initially got lost behind the façade. I did have second thoughts – and there is always regret when a relationship ends.

"But I knew it was right to move on. Sex can be such a drug and could have kept me in the relationship."

The ex-Premier League player reportedly turned down the chance for an on-screen reunion, declining £50,000 to take part in Celebrity Big Brother with Caprice.