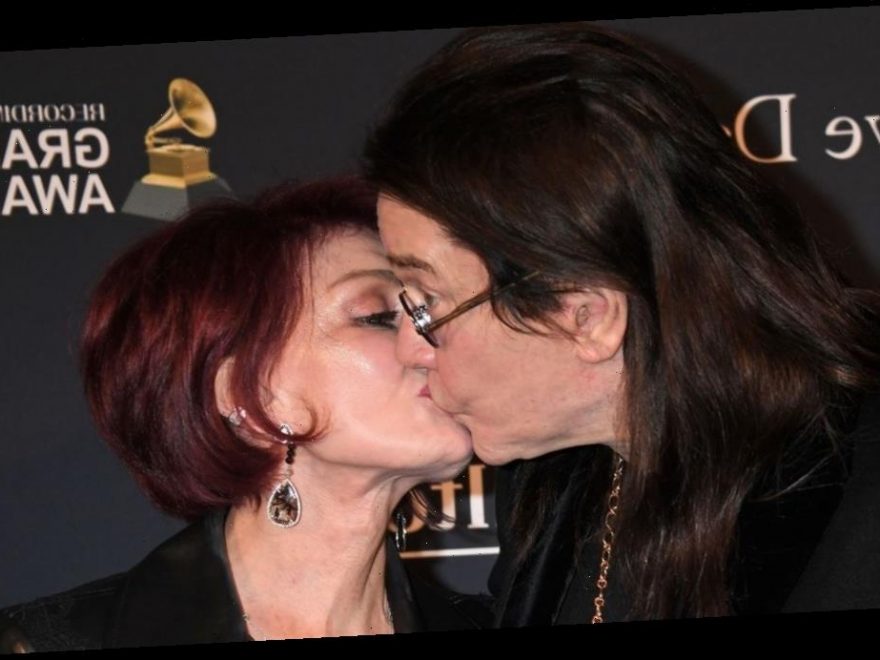 Black Sabbath legend Ozzy Osbourne returned to the red carpet last night for the first time since he revealed he'd been diagnosed with Parkinson's disease.

The musician, 71, attended the Pre-Grammy Awards Gala in Los Angeles with his wife Sharon, 67, by his side.

Ozzy looked frail as he walked the red carpet leaning on an ornate black cane.

The couple shared a sweet smooch in front of the cameras, and posed for pictures with their daughter Kelly, 35, who accompanied them to the glitzy music event.

Ozzy wore his trademark sunglasses with a black T-shirt, trousers, and overcoat, while Sharon and Kelly wore matching dark-coloured outfits.

The outing comes just days after Ozzy confirmed he's been diagnosed with a form of Parkinson's disease.

The rocker gave an emotional interview on US show Good Morning America with his wife Sharon by his side.

He spoke for the first time about his Parkinson's diagnosis, revealing he plans to seek specialist treatment in Switzerland.

Ozzy spent 2019 in and out of hospital after taking a nasty fall in his bathroom last spring – prompting him to cancel his world tour.

He's admitted his life went "downhill" from there and he suffered the "worst year" of his entire life.

Ozzy said: "When I had the fall it was pitch black, I went to the bathroom and I fell.

"I just fell and landed like a slam on the floor and I remember lying there thinking, ‘Well, you’ve done it now,’ really calm. Sharon [called] an ambulance. After that it was all downhill.

"[It was the]… worst, longest, most painful, miserable year of my life…

"It has been terribly challenging for us. I had to have surgery on my neck which screwed all my nerves. I found out that I have a mild form of…. [Parkinson's].

Speaking in an interview alongside Sharon earlier this week, Ozzy admitted he's determined to get treatment – even if it involves alternative medicine.

He explained: "I will go anywhere. I will go and see a witch doctor. Whatever it takes.

A tearful Sharon had noted: "We are going to go wherever we can to seek answers."

Ozzy is set to head back out on tour in the spring.