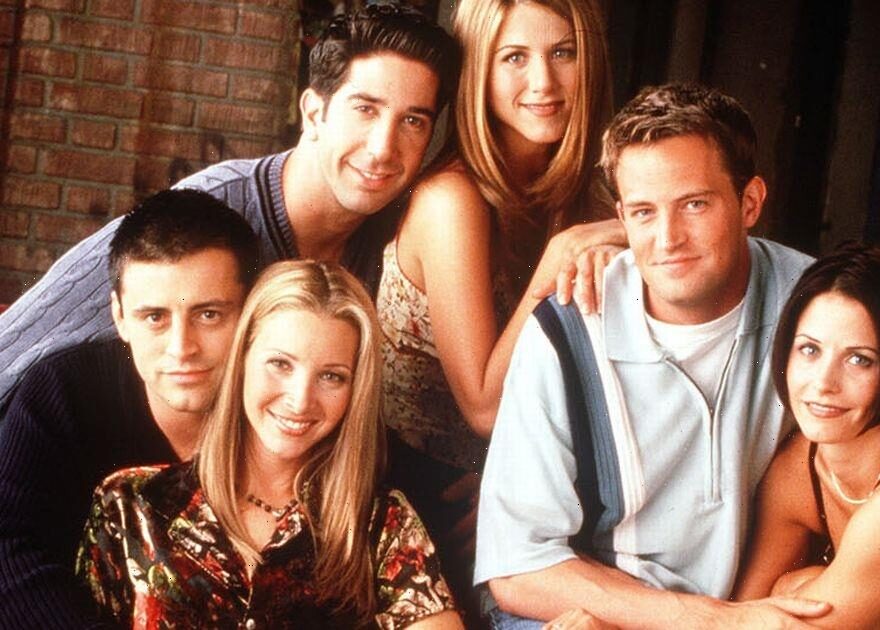 Friends star David Schwimmer is celebrating his 56th birthday some 28 years on from when he found fame on the cult show.

Over 10 seasons of fun-filled antics with his co-stars Jennifer Aniston, Courteney Cox, Matt LeBlanc, Matthew Perry, and Lisa Kudrow, the actor brought audiences everywhere a welcome release from their own lives.

But the drama didn't just happen on-screen for the stars of the show who brought the characters fans loved so much to life perfectly.

In fact they had their very own issues to deal with behind the scenes that ranged from crushes on each other to battling a serious addiction problem.

Here we take a look at some of the behind the scenes cast confessions that have shocked Friends fans.

While fans saw Joey and Rachel briefly get together on screen, initially Jennifer Anniston was not a fan of co-star Matt LeBlanc.

She has previously admitted to feeling "nervous" about Matt being cast in the role of the loveable Italian ladies man.

The actress thought he was possibly a little too macho for the role having come from a working-class family where his dad was a mechanic and his mum made circuit boards.

His CV also included parts in music videos for the likes of Bon Jovi and Tom Petty. He also had a Levi's advert under his belt.

However, luckily for fans of the show Jennifer was basing her opinion solely on his CV and ended up becoming great friends with Matt in real life.

She told People magazine: "I was scared of that type of guy. He thinks it's very funny now. And actually, he can sit down and comfort me just like Courteney or Lisa could."

Jennifer and David Schwimmer had a crush on each other

While Ross and Rachel have gone down in history as one of the greatest on-screen couples ever, fans were stunned when David Schwimmer and Jennifer Aniston admitted to having a crush on one another in real life.

The shock revelation came when host James Corden quizzed the cast on Friends: The Reunion about any behind-the-scenes hook ups during their time on the show.

At the time, David said: "The first season I had a major crush on Jen," with Jennifer then admitting, "It was reciprocated."

Schwimmer then continued: "At some point we were both crushing hard on each other, but it was like two ships passing because one of us was always in a relationship and we never crossed that boundary. We respected that."

Jennifer also admitted that the couple's first-ever on-screen kiss – that passion-filled clinch in the doorway of Central Perk – was the catalyst for them channelling their feelings into the characters.

Jennifer said: "I just remember saying one time to David, 'It's going to be such a bummer if the first time you and I actually kiss is going to be on national television.' Sure enough, first time we kissed was in that coffee shop. So, we just channelled all of our love and adoration for each other into Ross and Rachel."

Though their feelings might have never been acted on, costar Courteney Cox said it was evident in their onscreen chemistry. "That scene in the coffee house, their first kiss, I was watching it the other day and I was weeping at the end of it," she said. "The tension, it was just palpable, it was just perfect."

David then discussed how he wasn't sure how everyone didn't know they had feelings for each other saying: "I thought back on the very first year or two, when we had breaks from rehearsal, there were moments where we would cuddle on the couch, and I'm thinking how did not everyone know we were crushing on each other?!"

Matt LeBlanc then chipped in: "We knew for sure."

Matthew Perry has very openly admitted that his battle with drug and alcohol addiction was so bad during some seasons of Friends that he can't even remember filming them.

The actor was so hooked on Vicodin and booze that he cannot remember three years between seasons three and six and previously told BBC Breakfast host Chris Evans that while he wasn't drinking on set, he was "painfully hungover".

Matthew tried to regain his sobriety on several occasions including in 1997 and in 2000 when he ended up in hospital for alcohol-related pancreatitis having wrecked his car.

The Chandler Bing star said at one point he was taking 20 to 30 Vicodin pills a day, then drinking "probably a quart of vodka a day".

Matthew has since admitted that his co-stars – including Jennifer Aniston and Matt LeBlanc – did everything they could to try and support him through his addiction and into recovery.

He recently admitted he has spent over $9million (£7.8million) on fighting his battle with addiction and finally got it under control when he almost died in 2018 when his colon exploded from overuse of opioids and his heart stopped for five minutes.

Matthew details what he went through in his new book Friends, Lovers and the Big Terrible Thing.

Talking about trying to help him, Matt LeBlanc told People: "I tried to talk to him. There wasn't a response … they need to bottom out on their own."

David and Marcel the monkey didn't get on

Right up there with the popularity of Ross and on/off girlfriend Rachel, was Ross and his beloved pet monkey Marcel.

Fans adored the on-screen pairing, with Marcel becoming a huge star in his own right when his movie career took off on-screen in the show.

However, in real life Ross and Marcel weren't too chummy at all with David reportedly none too keen on working with the furry co-star.

He said:. "I liked the monkey! I like animals, and the monkey was really cool. Schwimmer, not so much… He's the one that had to work with it the most, so he was like, 'Again with the monkey?' But I got along great with it."

Matt then detailed how one day Katie had enough of David too, so she climbed up the light rigging on set and onto the sound stage about 60 feet in the air disappearing into the blackness.

She only came down after about 30 minutes of being bribed with mealworms by the crew.

The on-set tantrum didn't appear to do her career any harm though, the adorable Capuchin – who was only around two years old when she starred on Friends – is now thought to be in her late twenties to early thirties and she's still acting and recently played a monkey named Ampersand on FX's graphic-novel inspired series Y: The Last M.