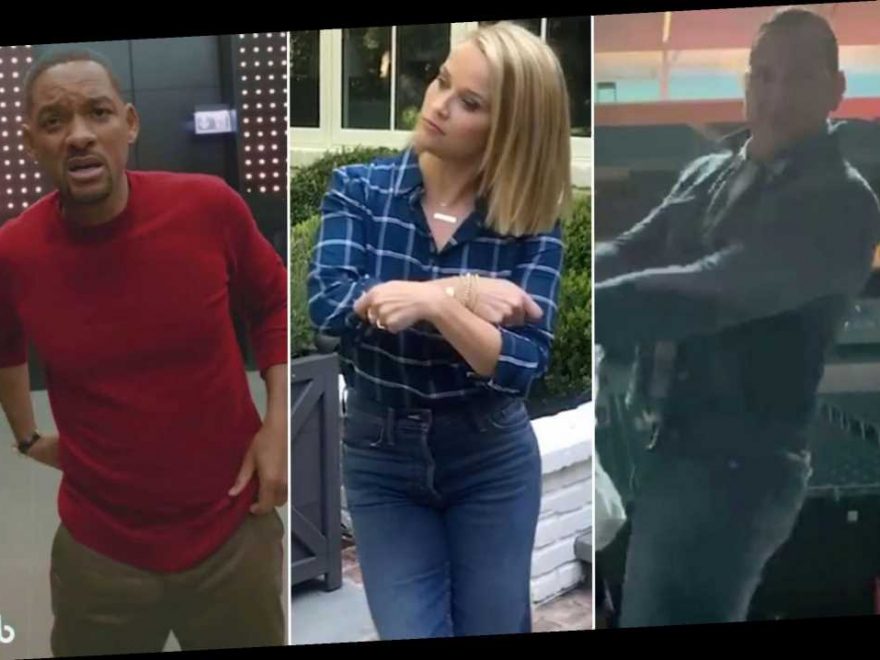 It’s no secret that non-Gen Z celebrities are flocking to TikTok in a bid to keep with the video-sharing Joneses. Needless to say, results have been mixed with some, such as these groovy Boomers and Gen-Xers, turning out to be TikTok wizards.

However, others have amounted to the digital equivalent of Steve Buscemi’s “How do you do, fellow kids?” meme.

Without further ado, we submit the most cringe-inducing celebrity TikTok clips.

Former New York Yankees slugger Alex Rodriguez hilariously struck out while taking part in the viral #RenegadeChallenge with daughter Natasha. The adorkable father-daughter dance duet was so arrhythmic it made China’s dancing grannies look like Alvin Ailey dancers. In conclusion, A-Rod should probably leave the booty-shaking to his better half.

Former “The Fresh Prince of Bel-Air” actor and TV host Alfonso Ribeiro has fallen a long way from his scintillating stint on “Dancing With the Stars.” Ribeiro’s jarring gyrations to Tom Jones’ “It’s Not Unusual” evoked the image of a high school principal after having too much punch at the senior prom. Although we might be in the minority here. Last year, Ribeiro sued the makers of the video game Fortnite for allegedly stealing his “Carlton Dance.”

Just when we thought the wholesome “Full House” actor-cum-raunchy comic couldn’t shock us anymore. Dan Tanner unveiled this gem of him creepily lip-syncing along to “Take Your Man” by Mahogany Lox. Glorious.

Will Smith’s self-effacing TikTok debut is a sight to behold. The uncharacteristically awkward clip depicts a random youth plucking the “Bad Boys” actor out of his phone, and placing him into a highly produced TikTok video, where he scales up to human size. The video concludes with a bewildered Smith shrugging and saying “I guess I’m on TikTok now. That was weird,” in an apparent jab at his own out-of-touchness.

Howie Mandell’s prolific TikTok feed is a tsunami of awkwardness. However, this clip of the “Deal or No Deal” host and YouTube star David Dobrik dancing more stiffly than Chuck E. Cheese animatronics takes the cringe cake.

If that wasn’t embarrassing enough, how about TV host Jimmy Fallon’s attempt at the Tumbleweed Challenge?

The disgraced former NBC anchor emerged from hiding after his 2017 sexual-harassment allegations with a bizarre video of him lip-syncing and dancing along with his daughter Romy. Go figure: His performance did nothing to rinse away the stigma. “Did the door behind you have a remote lock?” joked one commenter, in reference to claims that Lauer had a button underneath his desk to remotely shut and lock his office door. Unfortunately, his daughter appears to have deleted the videos in response, but you can view a compilation of Lauer’s cringe-worthy clips here.

Reese Witherspoon’s infamous TikTok tutorial has elicited a cavalcade of cringes across social media. For the uninitiated, the premise is Witherspoon learning to TikTok from her tech-savvy son Deacon Phillippe on Instagram. Suffice it to say, awkwardness ensues.