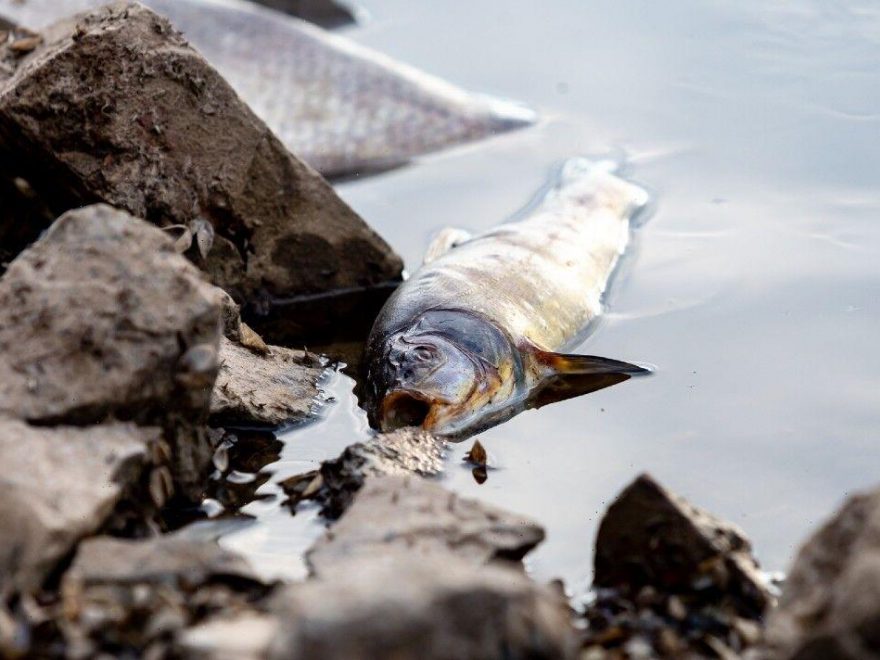 People living near the river, which forms a border between Poland and Germany, have described what has happened as an ecological disaster. It remains unclear what poisoned the Oder in spite of numerous laboratory tests of fish and water samples as well as a £180,000 (one million zloty) reward for information on the source of the contamination.

Pawel Wrobel, Mayor of Widuchowa, about 250 miles from the town where dead fish were first spotted, said: “I’d never imagined experiencing such a catastrophe. It is something you see in disaster movies.”

Researchers in Germany and Poland’s Climate Ministry have pointed to a large overgrowth of toxic algae as a possible cause for the mass die-off.

Earlier this month, Polish Prime Minister Mateusz Morawiecki fired the head of the country’s national water management authority and the head of the general environmental inspectorate, saying both bodies should have responded sooner.

Climate Ministry spokesman Aleksander Brzozka said: “We are focused on, on the one hand, stopping what is happening, and on the other hand, finding the reason for this situation.” 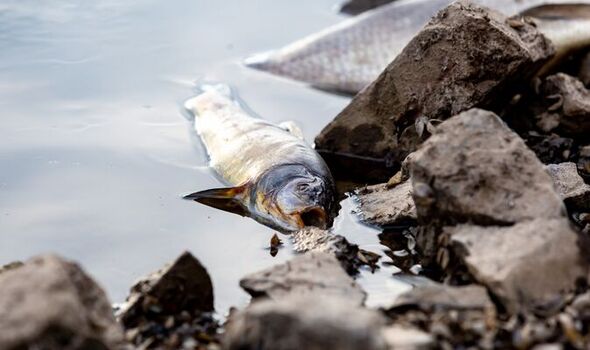 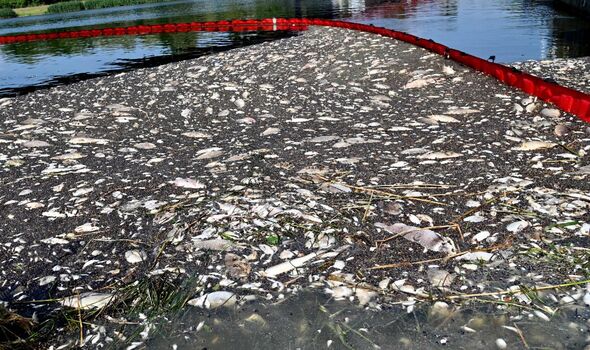 He added: “The most likely hypothesis is that it was a combination of various natural factors.”

Activist Piotr Piznal, who photographs wildlife around the Oder, said: “It is hard because, in fact, the world we’ve observed and photographed…for the past few years is disappearing.

“I think after what has happened in the Oder it will take years to rebuild the ecosystem… It will all have to be reborn to function the way it has until now.”

Local residents have said firefighters and territorial defence forces sent by the Polish Government to remove tonnes of dead fish were not prepared for what awaited them. 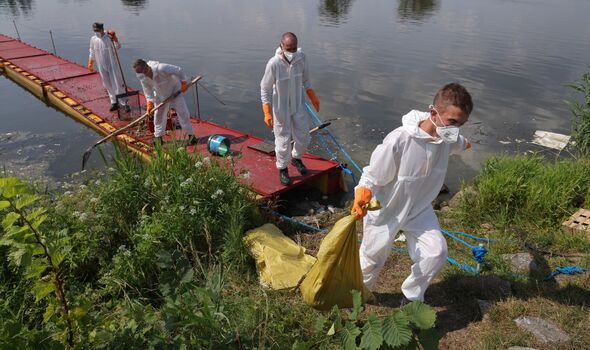 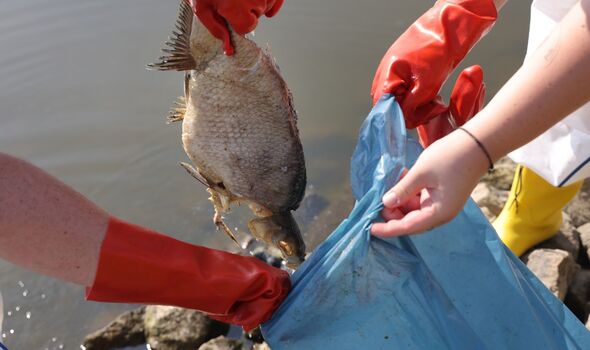 The stench around the waters was so bad most of them vomited during their work, according to residents.

Scientists also suspect someone polluted the water with a substance which appears to have led to high salt levels.

It is believed this encouraged golden algae to flourish with toxins it emits killing the fish. 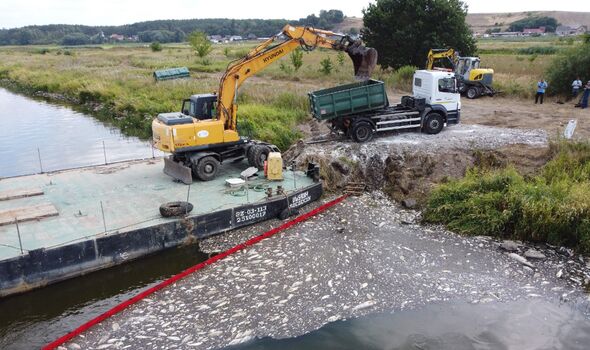 Andrzej Kapusta, of the Inland Fisheries Institute, told the BBC: “It will be difficult to get a clear answer to what caused it.

“The scale of this ecological disaster is unprecedented in Poland. It’s a catastrophe.

“We have never found so many dead creatures, so many dead fish, clams or snails. It’s the first time it’s happened and it is a serious warning.”

Locals and fishermen have reported seeing fish dying in March. 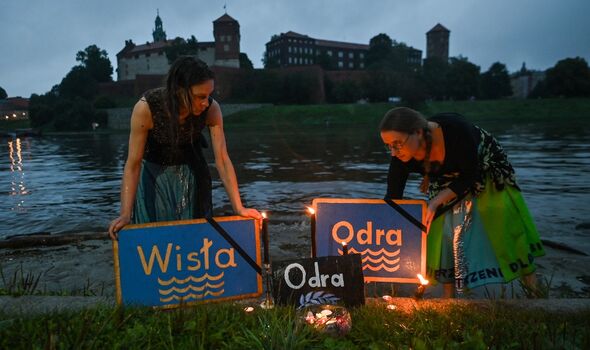 Investigators have discovered 300 outflow pipes which were unregistered with 60 of them being examined in connection with the dead fish.

According to media outlet euronews the German region of Brandenburg’s Environment Ministry reported elevated pesticide levels, although it reports the Polish side denies this.

Lukas Potkanski, from the Polish Fishermen’s Association, told the BBC: “Right now we have to wait for the worst to be over.

“The most poisonous water has to flow down and mix with the healthy water.”

Sylwia Palasz-Wrobel, wife of Widuchowa’s mayor, said: “The dead fish have warned us that something is wrong.

“When the fish are gone, who will inform us next time when a disaster happens? We would like to know who is responsible for this.”