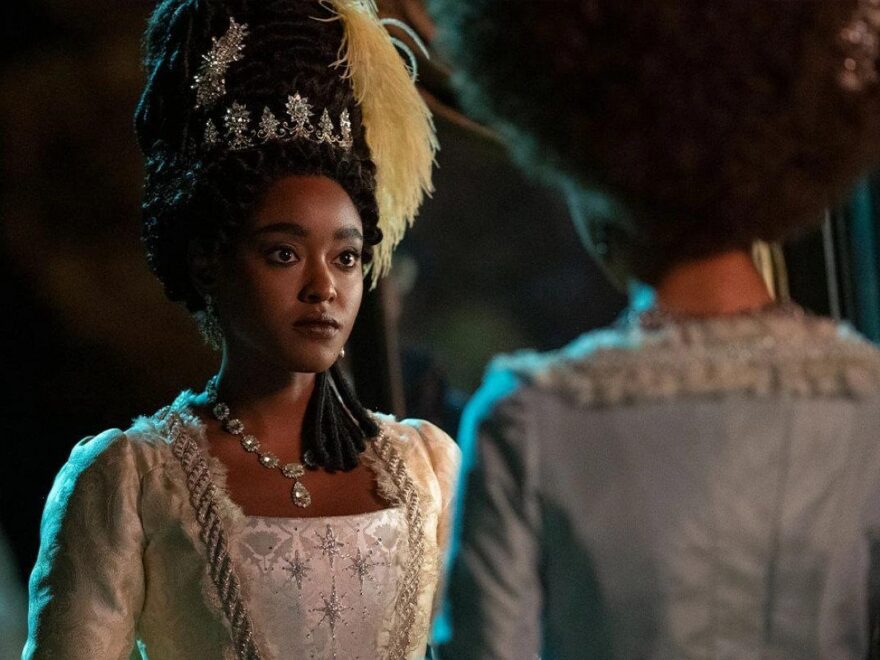 The prequel series of Netflix’s hit series ‘Bridgerton’ is set to introduce Arsema Thomas, who takes on the role of the society maven, who is portrayed by Adjoa Andoh on the original series.

AceShowbiz -“Queen Charlotte: A Bridgerton Story” has unveiled the first look at young Lady Agatha Danbury. The prequel series of Netflix’s hit series “Bridgerton” is set to introduce Arsema Thomas, who takes on the role of the society maven.

In the first-look picture of the character, Arsema’s Lady Danbury can be seen wearing a beautiful corseted cream-colored gown with subtle adornments. She styles her hair in an up-do while completing her look with sparkling jewel-encrusted necklace. She also has extravagant tiara adorns her perfectly-coifed hair that she pairs with a matching brooch.

She is seen facing someone, though the identity of the person is still unknown. Lady Danbury’s contemplative expression only further piques fans’ interest.

“Queen Charlotte: A Bridgerton Story” follows a young Queen Charlotte (India Amarteifio) as she navigates the London social scene for the first time. It finds Lady Danbury being under the thumb of a much older husband when she uses develops a friendship with new-to-the-throne monarch Charlotte (India Amarteifio) to find a way into society. It’s a mutually beneficial as Agatha uses her social savvy and hard-won marital expertise to secure her role as a guiding light for the queen.

“Centered on Queen Charlotte’s rise to prominence and power, this Bridgerton-verse prequel tells the story of how the young Queen’s marriage to King George sparked both a great love story and a societal shift, creating the world of the Ton inherited by the characters in Bridgerton,” reads the limited series’ logline.

Teasing the show, Netflix’s Head of Global TV, Bela Bajaria, said in a statement when the series was first announced, “Many viewers had never known the story of Queen Charlotte before ‘Bridgerton’ brought her to the world, and I’m thrilled this new series will further expand her story and the world of ‘Bridgerton’.”

“Queen Charlotte: A Bridgerton Story” is slated to premiere sometime this year.