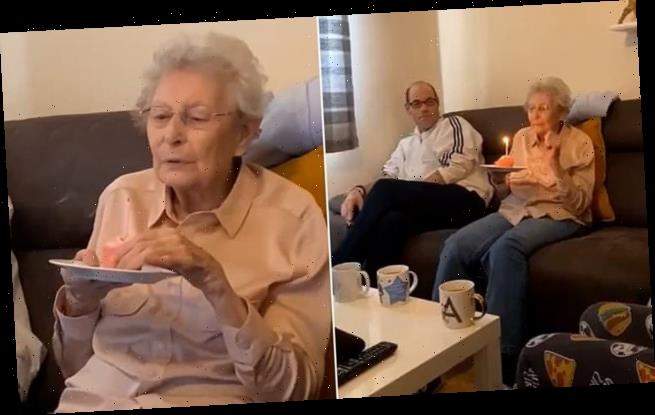 ‘I wish I was dead’: Grandmother leaves her family gobsmacked after making a VERY morbid birthday wish while blowing out candles on her cake

We have all experienced the childish joy of blowing out the candles on our birthday cake while everyone demands we ‘make a wish’.

But one witty grandma seemed to be fed up of the ritual and left her family completely taken aback with her unexpectedly morbid birthday wish.

Mal Coles, 20, from Exeter, Devon, was celebrating his grandmother’s birthday when she came out with an unconventional birthday request, declaring she ‘wished she was dead’.

Sharing the hilarious moment to TikTok, where he goes by the username @maljayc, a shocked Mal wrote: ‘We wasn’t expecting this at all [sic].’ 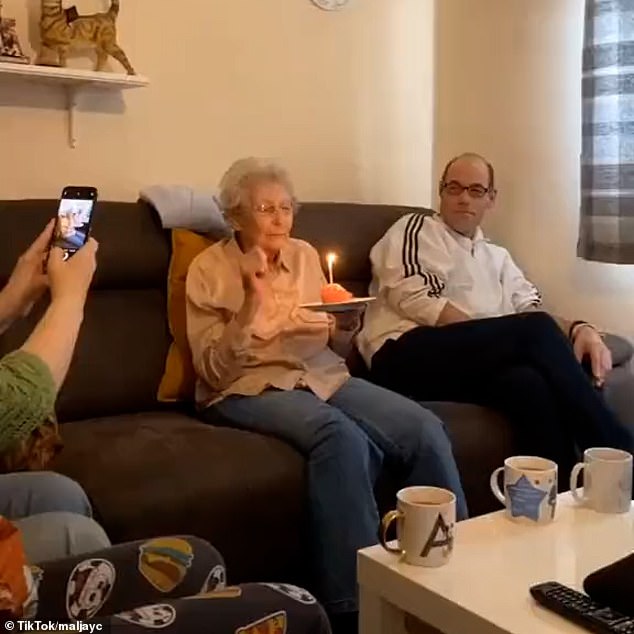 Mal Coles, 20, from Exeter, Devon, was celebrating his grandmother’s birthday (above) when she left her family gobsmacked after making a rather morbid birthday wish

In the clip, which has racked up an impressive 5.3million views, the elderly woman sat on the sofa surrounded by her loved ones while holding a pink birthday cupcake.

As she blew out the candle, she candidly announced: ‘I wish I was dead.’

Her loved ones immediately burst into laughter at her brutally honest birthday request, while she had already tucked into her delicious cupcake.

One woman could be heard saying: ‘Oh my god!’ while another person shouted: ‘I was just about to cheer!’

TikTokers were left in stitches at the ‘amazing’ grandmother, praising her for her frank confession. 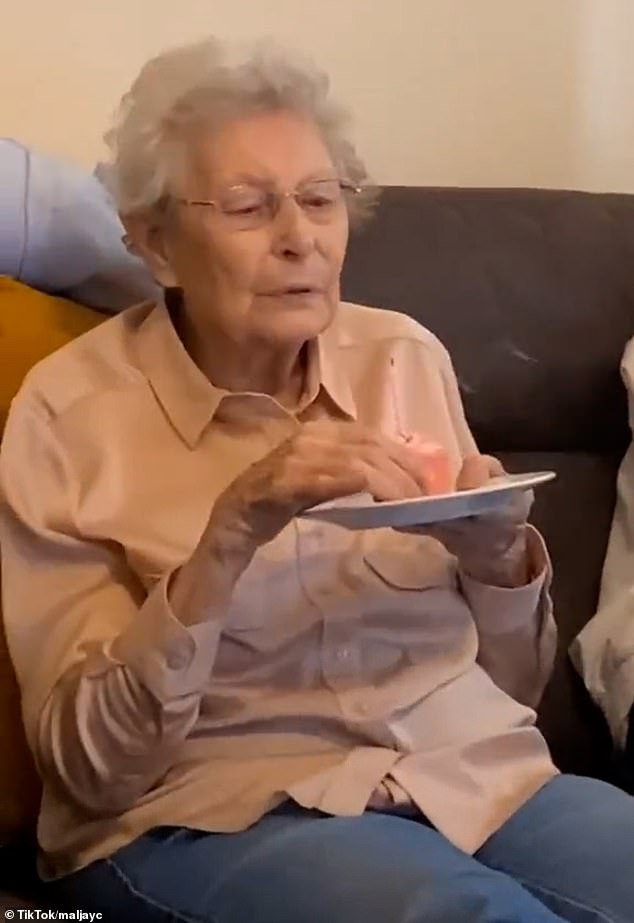 In a video, which has racked up 5.3million views on TikTok, the witty grandmother (pictured) announced she ‘wished she was dead’ as she blew out her birthday candles

One person commented: ‘Amazing! Reminds me of when my granny announced at her 96th birthday party, “Thank you all for coming, hopefully, this will be my last”.’

Another wrote: ‘Old people have no filters, bless her.’

And a fourth penned: ‘Old people say what they think and I love it!’

Another jokingly pointed out that because she had said her wish out-loud, it won’t come true, meaning she had ‘definitely’ chosen to live for ‘another year’.

They wrote: ‘You guys got it wrong! She’s actually a genius because if you say the wish out-loud it doesn’t come true! So now she’s deffo going to live another year!’