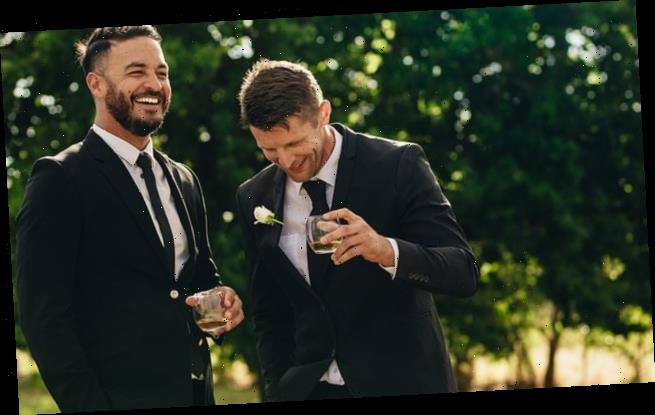 A groom has revealed how he uninvited his brother to his wedding after he threatened to steal the spotlight and propose to his girlfriend on the big day.

The anonymous husband-to-be, believed to be from the US, took to Reddit to explain that he is due to get married next month and everything is set for the big day.

He went on to reveal that his brother recently sent him a photo of an engagement ring he had just bought – and when he asked him when he planned to pop the question, he replied: ‘I’ll probably do it at your wedding’.

The groom said he was ‘shocked’ and assumed it was ‘common knowledge’ not to propose at someone else’s wedding, branding his sibling ‘disrespectful’. 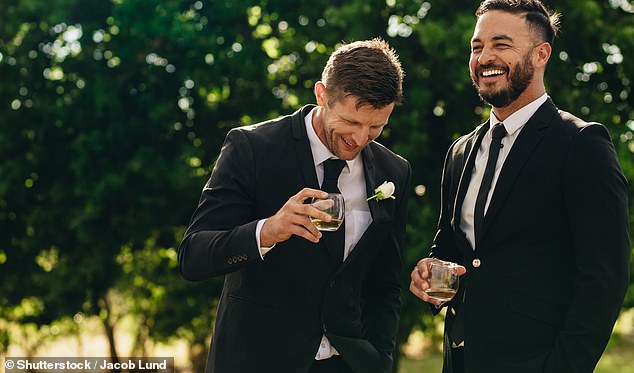 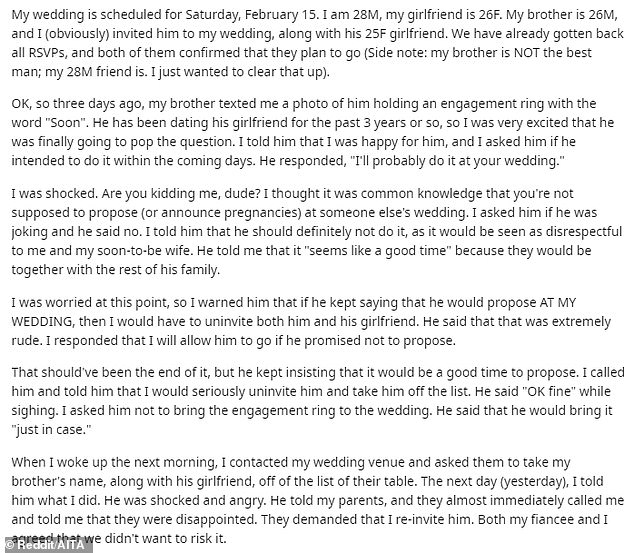 An anonymous husband-to-be, believed to be from somewhere in the US, took to Reddit to explain that his brother wants to propose at his wedding

He even went one step further by contacting the wedding venue and asking them to remove his brother brother’s name, along with his girlfriend’s, off of the list.

The groom admitted his parents and family were furious at him for taking his brother off the guest list, but fellow Reddit users agreed with the drastic move.

One wrote: ‘How is it that nobody knows that YOU DO NOT upstage people at their own wedding? Especially asking someone to marry you. Or anything really. It’s their day. Let them have it.’

Another added: ‘Make sure you tell the venue, if you change his mind and let him come that under no circumstances is anyone allowed to use the mic, ask for the lights to be turned up, or stop the music without you or the bride’s explicit consent. Your brother is so selfish.’

A  third wrote: ‘He should tell his brother he’s going to ruin his big surprise engagement and tell the girlfriend he’s got a ring.’

Discussing how to keep the brother away, another person posted: ‘Probably don’t need security. Just get a couple of close friends (maybe the best man) to watch the door, and if they try to enter, politely escort them out.

‘If they make a fuss, just send out one or two more people until they get the message that people don’t want them there.

‘I’m saying anyone should intimidate, threaten, or even be harsh with the brother. You just escort them outside, explain that they need leave, and keep saying until they do.’