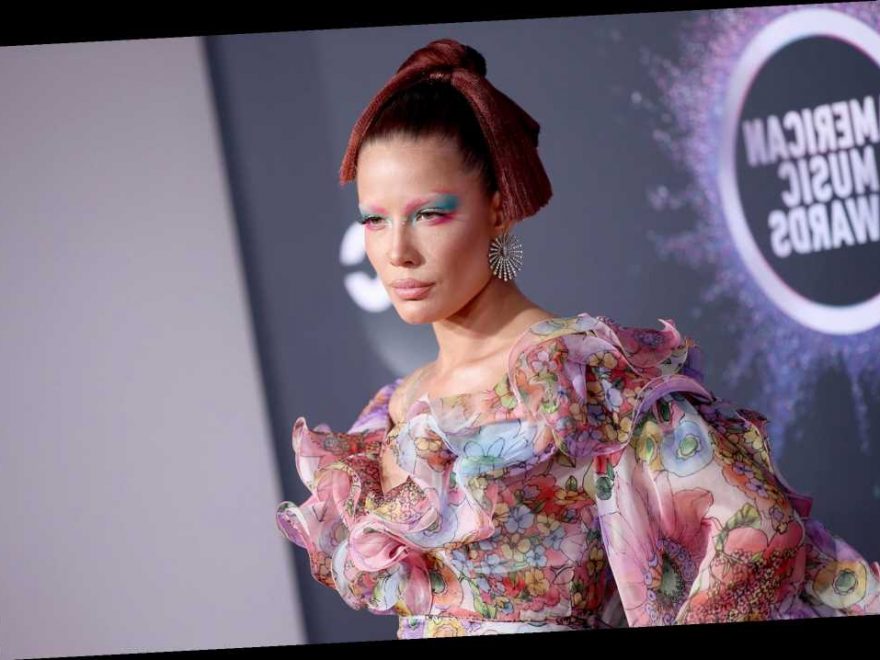 Pop star Halsey on Thursday tried to blast a music magazine for giving her a bad review — but ended up mistakenly calling for the destruction of One World Trade Center.

Pitchfork described the 25-year-old singer’s new album “Manic,” as tedious and referred to it as “the kind of amorphous pop that you might associate with a miserable Lyft ride.”

In response, the New Jersey native tried to make a joke, tweeting: “can the basement that they run p*tchork out of just collapse already.”

Turns out the mag, owned by Condé Nast, has its New York offices on the 40th floor of the gleaming Financial District skyscraper that was built after terrorists on 9/11 brought down the Twin Towers.

While Halsey may have been clueless about Pitchfork’s location, others on Twitter were not.

“Losing my mind thinking about the person on halsey’s team who had to tell her she just called for the collapse of one world trade,” tweeted NBC News reporter Ben Kesslen.

Another user added: “Halsey mistakenly (??) advocating for another 9/11 over a Pitchfork album review will be the funniest thing that happens in 2020.”

The “Without Me” singer quickly deleted the tweet. She then clarified to her 12 million followers that she hadn’t meant to offend.

“ABSOLUTELY deleted it upon realizing this,” she tweeted. “Was just trying to make a joke! Intended zero harm.”

“Just figured I could poke at them back with the same aloof passive aggression they poke artists with!,” Halsey added. “Clearly a misunderstanding.”