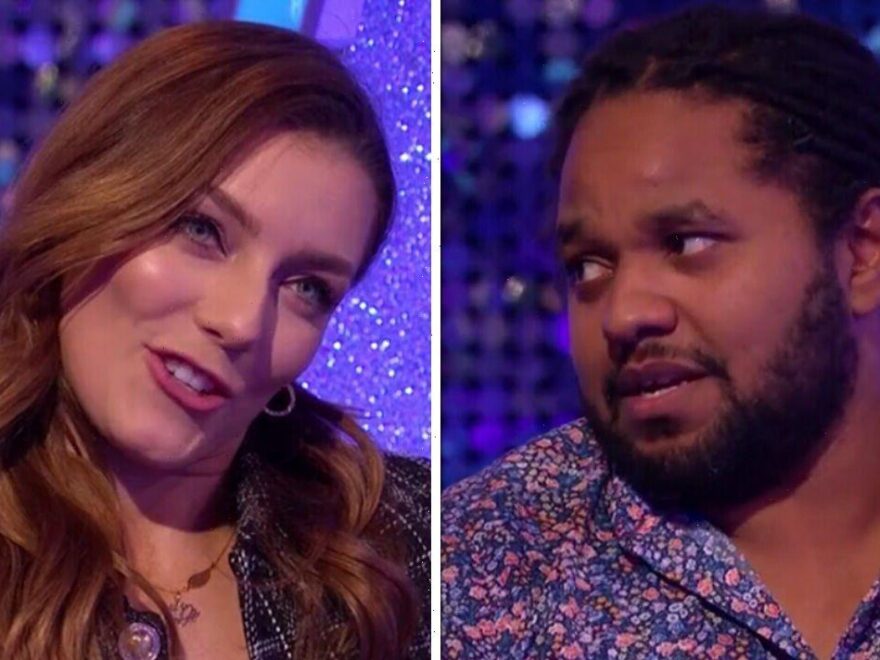 Strictly Come Dancing finalist Hamza Yassin has to perform three routines with partner Jowita Przystał for this weekend’s grand finale. The wildlife cameraman discussed what it feels like to have the Glitterball Trophy within reaching distance on Thursday’s instalment of It Takes Two. He also addressed why he was so fearful about performing the Charleston in front of the judges.

Hamza and Polish dancer Jowita received an incredible 39 points for the Charleston to Pencil Full Of Lead by Paolo Nutini during the semi-final.

The dance was full of daring lifts and spins which impressed the judging panel and BBC viewers alike.

Jowita was certain Hamza would pull off the high-tempo dance, but admitted it took her weeks to convince him to give the Charleston a go.

Various contestants have been eliminated after performing the Charleston this year, including Kaye Adams and Jayde Adams.

Hamza admitted: “It was so much fun and I thought, the Charleston, I was not going to like it.

“I said to Jowita, ‘Please, can we not do the Charleston?’

“I’ll do the Paso Doble, I’ll do anything, just don’t give me the Charleston.'”

Hamza feared the routine would be similar to the Jive, which he found difficult to learn.

Jowita interjected: “Honestly, it took me six weeks to convince him to do that Charleston, and I’ve done it.”

Former Strictly pro Janette exclaimed: “You did it – and it worked out well!”

Janette reminded Hamza why it was important to listen to the advice of the professional dancers in the series as “Jowita was right”.

Hamza took her comments on board and told BBC viewers: “I should have more trust.”

He and Jowita made it to the top of the leaderboard for the semi-final and were thrilled to make it through to the final.

However, the duo have never been awarded 10 points from judge Craig Revel Horwood – but will all this change during the glittering finale?

The pair will be fighting to become this year’s ballroom champions against Helen Skelton and Gorka Marquez, Fleur East and Vito Coppola and Molly Rainford and Carlos Gu.

Actor Will Mellor was eliminated during the semi-final results show on Monday after landing in the dance-off against Fleur.

Strictly Come Dancing’s semi-final airs on BBC One at 7.05pm on Saturday.