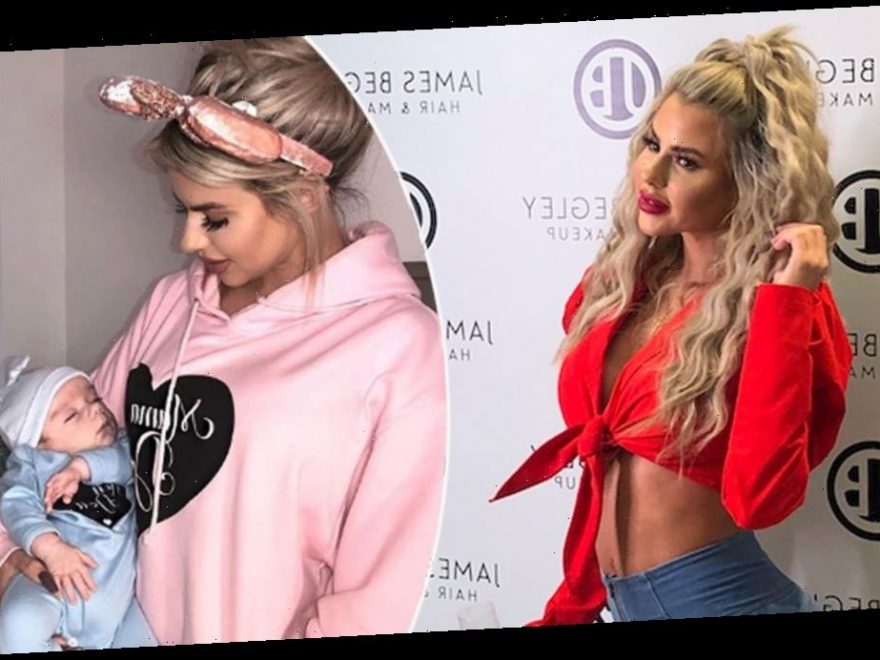 Hannah Elizabeth welcomed her son Reggie in November last year and showed off her sensational post-baby body at the launch of Liverpool salon James Begley on Sunday.

Just two months after the birth of her son, the Love Island star showcased her stunning post-pregnancy body in a red crop top and high waisted denim jeans, which showed off her incredibly toned and trim waist.

She glammed up her look in perspex heels, while she wore her blonde hair in curls and in a half-up style.

The 29 year old revealed that she took tips from Kim Kardashian and wore a waist trainer to help bounce back after giving birth, but admits that she is “lucky” with how quickly she has regained her figure.

Hannah Elizabeth told OK! online : “Having baby Reggie has been the best thing that’s ever happened to me so I wasn’t focused on losing weight but on being the best mummy I can to him.

“I haven’t been doing anything in particular, I’m just really lucky and have always been slim so my body has snapped back so quickly!

“I have been wearing Maskateer’s post pregnancy waist trainer as I saw that Kim Kardashian did the same after having her babies and that was her secret!“

It comes after Hannah Elizabeth was forced to hit back after facing backlash for having a full face of makeup on and a blow-dry when she gave birth to her son late last year.

She responded to the “haters”, after sharing a snap of herself in the hospital bed clad with a full set of lashes and bouncy curly hair while holding her newborn baby.

“Yes haters I did have makeup on after giving birth. Actually I had had a curly blow, pins curls the lot,” Hannah said defiantly alongside the photo.

“I wasn't gonna meet my son for the first time and best day of my life rough was I?”

She added: “I had a C-section so birth was planned chilled and AMAZING.”

She later wrote on her Instagram story: “Because apparently u shouldn’t take time from your baby to ‘cake makeup on’ so when the nurse says to get up n go for a shower freshen up your meant to just lie in the bed sweating? And its ‘offensive’ to other mums lol wtf.” [sic]