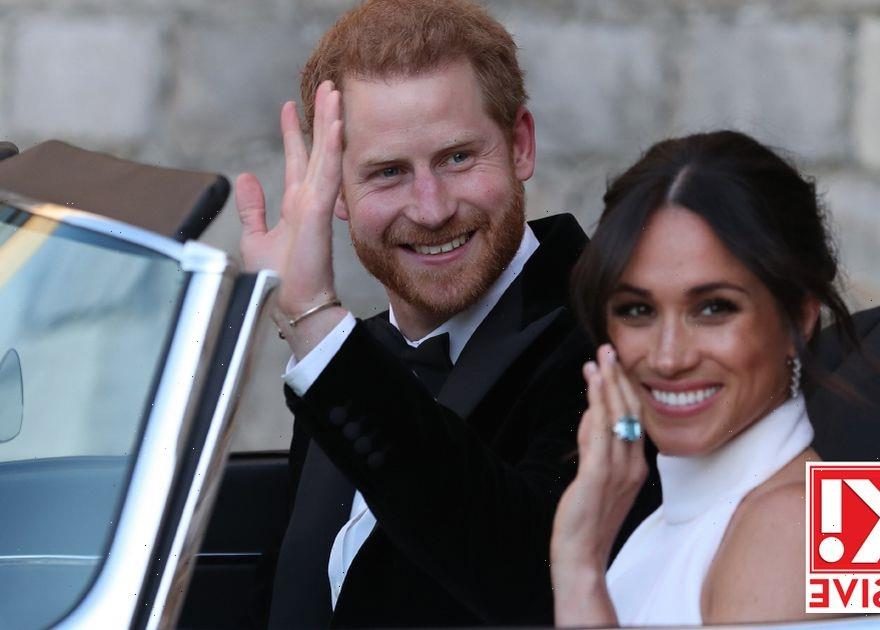 Speaking exclusively to OK!, royal author Duncan Larcombe says that if reports the couple are planning to renew their vows for Netflix content are true, then the royals “will be passing around the family bucket”.

He told us: “If they do something like this, I suspect the Royals will be passing around the family bucket. It will be cringeworthy and, heaven forbid, how cheesy it will look.

The author of Prince Harry: The Inside Story continues: “What are they going to do, tie a ribbon around their chickens?

“It will just be seen for what it would be, which is just a self-indulgent PR stunt which will irritate people a lot more than they will gush about what a wonderful couple they are.”

It was recently reported that the pair are planning to renew their wedding vows in the US with a Netflix camera crew in tow, but with “only one” family member present.

It's rumoured that the Duke and Duchess of Sussex, who were married on 29 May 2018, are looking to hold the new ceremony later this year with plans for a second honeymoon.

Netflix crews have followed followed Harry, 37, and Meghan, 41, around for months filming a new fly-on-the-wall series, with the US streaming giant said to be pressuring the Prince to include "controversial" scenes.

The reports follow the news that the couple will return to the UK next month to attend charity events, following their visit for the Queen's Platinum Jubilee in June.

OK!'s Diana, Princess of Wales special edition is on sale now, priced £9.99. It is available to buy in stores and online here

Their schedule however isn't thought to include a visit to see Harry's brother Prince William and his wife Kate Middleton, though it has been suggested the Duke and Duchess of Cambridge are busy too with their relocation to Windsor.

Rumours of the Sussexes' vow renewal plans have not gone down well other royal experts either. Royal biographer and journalist Angela Levin tweeted on hearing the news: "It surely can't be true that Harry and Meghan want to renew their wedding vows, but this time in USA.

“'It will be a second honeymoon too, I'm told. I am sure Netflix will love it but I wonder how many family members will be invited."

Harry and Meghan’s 2018 wedding took place in St George’s Chapel at Windsor Castle and was followed by a reception at Frogmore House with 200 guests, including George and Amal Clooney, Serena Williams, Tom Hardy and David and Victoria Beckham.