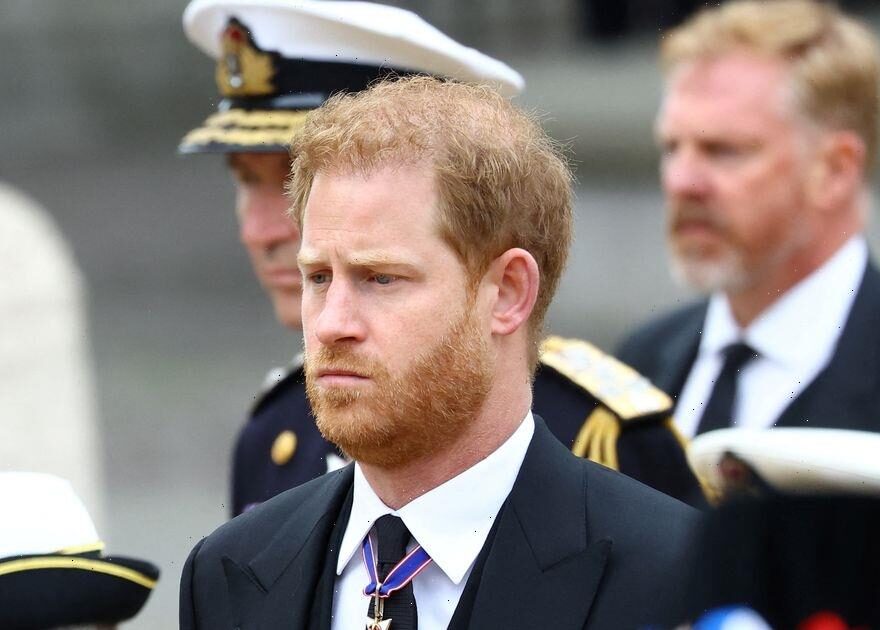 In a leaked extract of his memoir, Prince Harry discussed his rush to Balmoral after it was reported that his grandmother, the late Queen Elizabeth II, had been placed under medical supervision.

Hours before the late monarch passed away on 8 September, senior members of the Royal Family, including Prince William and his uncles, Prince Edward and Prince Andrew, scrambled on a jet to get to her bedside in Scotland, but Harry noticeably arrived hours later on his own plane.

The late Queen's two eldest children, the now King Charles and Princess Anne were already by her bedside in Scotland and were with her in her final hours.

Harry's memoir, Spare, which is set for a 10 January release but has leaked online after accidentally going on sale early in Spain, features his narrative of the events that took place.

Recalling the day, the Duke of Sussex claims that he was told that his wife, former actress Meghan Markle, wasn't welcome at Balmoral.

He has alco claims that with the news of his grandmother's death being announced while he was still in the air, Harry only discovered the tragic news when he checked BBC News on landing.

According to The Mirror, the leaked extract reads: "When the plane started to descend, I saw my mobile phone light up.

"It was a message from Meg: 'Call me as soon as you read this'. I checked the BBC webpage. My grandmother had died. My father was the King.

"I put on a black tie, stepped off the plane into heavy drizzle," he finishes.

In his memoir, Harry also revealed the final words he said to the Queen as he visited her body just a few hours after her death.

He wrote that Princess Anne led him to the Queen's bed, where he said his final goodbyes to his beloved grandmother.

He wrote: "I stayed in one place without moving, gazing at her for a long time, gathered strength and continued going forward."

The Duke then recalled how he "whispered to her that I hoped she was happy and that she was with grandpa."

He also told the Queen that he "admired her for having fulfilled her duties until the very end" – referencing her attendance at the festivities of her Platinum Jubilee months before her death despite not being in the best health.

Harry then shared that he walked out of the room and called his wife to describe the scenes that had unfolded.