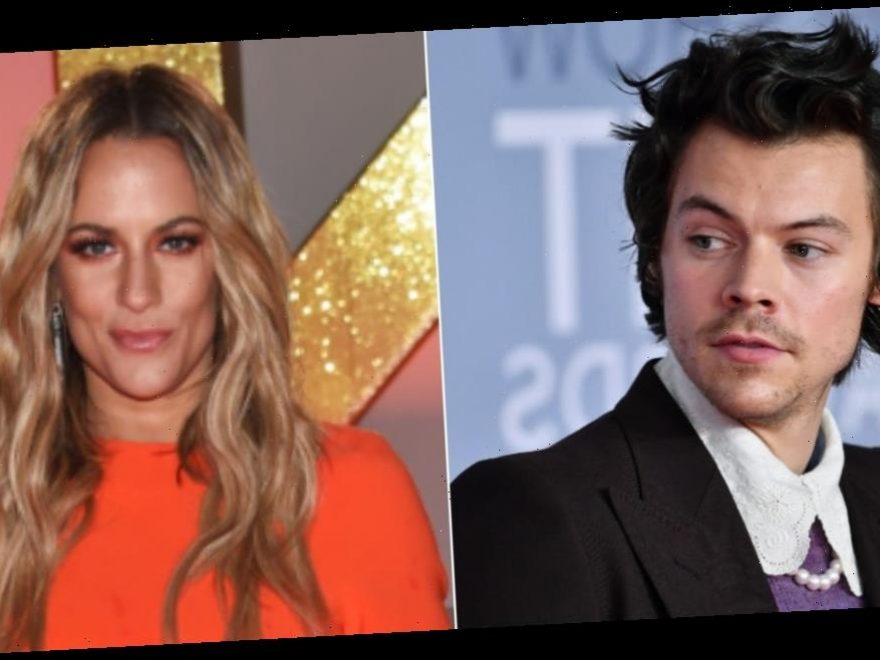 Harry Styles wore a black ribbon at the BRIT Awards in tribute to his ex-girlfriend, the late Caroline Flack.

The former "Love Island" host was found dead at her East London flat on Saturday. Flack's family lawyer has confirmed she died by suicide, according to Metro.

Styles wore the black ribbon — an item known to symbolize mourning — on his maroon suit for his appearance on the red carpet at London's 02 Arena on Tuesday evening.

Styles met Flack back in 2010 when One Direction were contestants on "The X Factor." At the time Flack was a co-presenter on the spin-off show, "The Xtra Factor."

The former couple rarely spoke publicly about one another, however, the TV host did allude to their relationship in an excerpt from her 2015 autobiography, "Storm in a C Cup."

"I already knew that he had a crush on me, he's made it pretty obvious as he's said it in magazines and said it to friends," Flack wrote.

"I've never felt I was much older than Harry," she continued, referencing their 14-year age gap.

"I still feel 18 and I probably act that way half the time. Although it was just a bit of fun we decided it was best to keep it to ourselves as we were both working for Simon Cowell."

Flack was due to host the first-ever winter series of the reality show "Love Island," which is currently airing in the UK. However, she stepped down after being charged with the assault of her boyfriend, former professional tennis player Lewis Burton, in December 2019.