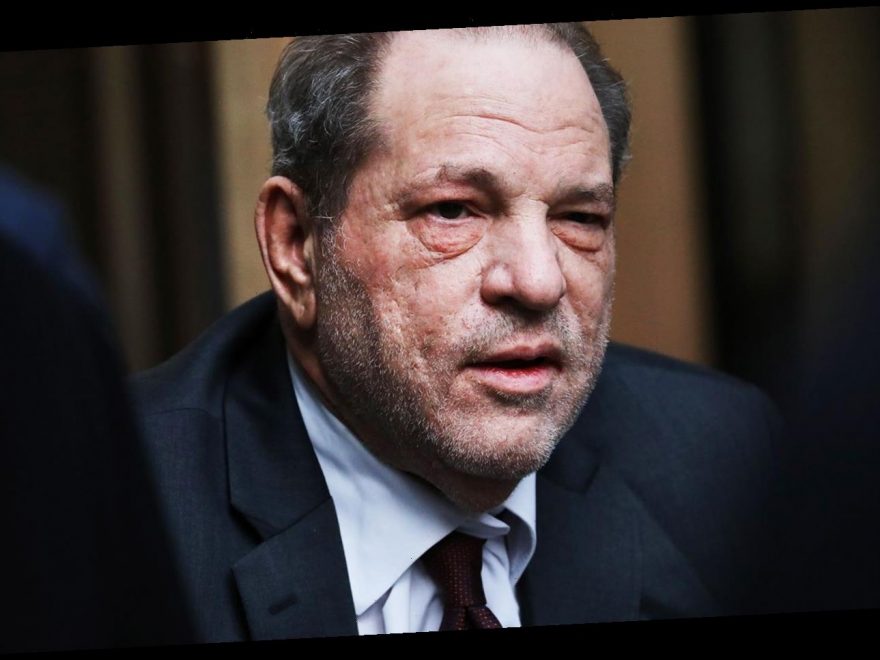 While Hollywood producer Harvey Weinstein awaits sentencing for his two guilty verdicts, women around the world are hoping their cynicism will be proven wrong, says US writer Alicia Lutes.

Twenty-five years. That’s the maximum he could be incarcerated, but we all know Harvey Weinstein probably won’t. He has too much money, power, and social status – even now – to end up in jail for very long, if at all. There’s a sense I get from many women that this is a victory worth celebrating, but one with a girded heart. Because we all know he’s not getting sentenced to 25 years in jail. It feels like justice to celebrate it – Harvey Weinstein Found Guilty of Rape! — but Weinstein’s lawyers are too good, his money too plentiful to hinder his progress in fighting off judicial consequences. He probably won’t even get the minimum suggested five scant years. Ahh yes, there’s the anger again. Let’s call this arrested catharsis.

Arrested catharsis is tied to logic, in many ways. It comes from millennia of women learning a lesson about what happens when they actually speak up and win: that the rare times you are bestowed justice for somebody wronging you, the punishment so rarely befits the crime. That sense of relief followed by a gut punch is so intimately familiar to so many women in so many circumstances: we know when there’s a win, the ultimate consequences will probably be insufficient, or maybe even offensive. (To say nothing of unintended consequences or potential retribution.) The good feelings catharsis brings can only last so long before it feels delusional to keep them front of mind when the inevitable always seems to happen. Especially when dealing with sexual violence, one of the most under-reported and under-convicted areas of crime in the world. In the US, out of every 1,000 sexual assaults, only five perpetrators are convicted, and even less than that actually serve jail time.

Harvey Weinstein verdict: he faces up to 25 years in prison

Will Weinstein spend even five years in jail? Some may call it cynicism, but I think many women – myself included – would call it being a realist and using our logic. It’s even in the jury’s verdict itself: for the victory to be seen in the first degree sexual assault and third degree rape convictions, we also got three not guilty verdicts on two counts of predatory sexual assault (the most serious criminal charges) and one count of first-degree rape. We also have all of the other things we know Weinstein probably did but isn’t getting arrested for.

Somewhere in this, there are reasons to feel glad: we can stop calling him an alleged rapist and instead call him a convicted one, and no one’s lawyers can get upset. Rapist Harvey Weinstein: it feels right on the page. That someone so powerful and moneyed could be found guilty is a huge win for victims of sexual assault across industries and classes alike, and will hopefully empower people to tell their own stories and help take down other sexual predators. Maybe more rapists and sexual assaulters, and just men in general, will rethink their actions and/or face consequences for their crimes. The Weinstein story is really what ignited the conversations we’ve all been having about sex crimes, consent, and criminal justice; about harassment and gendered retaliation. In so many ways these two guilty charges represent so much of what we’ve been screaming out: believe women, believe victims, hold people accountable. It’s all we’ve ever wanted. But we know we can’t get too excited.

Harvey Weinstein verdict: he is now a convicted rapist

Because Harvey Weinstein is not getting 25 or 15 years. If I were a betting woman, I’d say he’s getting the minimum sentence of five years. Whatever sentence the 67-year-old gets, it will not feel sufficient for any of the things he did, and got away with, and wasn’t held accountable for because of his money, power, and the general sexism that pervades our society. Victims are so often re-victimized by the system created to protect them, it doles out justice with a tiny knife to the heart of the victims. Just look at the statistics we have all seen time and time again about the conviction rates and sentencing averages for sex-related crimes: they’re not good.

I hope women like Annabella Sciorra, Dawn Dunning, Tarale Wulff, Mimi Haley, Jessica Mann, and Lauren Young feel something positive today. More than anyone, they deserve validation and full, unbridled catharsis that they, the good gals, totally won. I hope the countless other women Harvey Weinstein has victimized and harassed do, too. Because this week, Harvey Weinstein was found guilty on two of the five counts levelled against him in New York, with four more counts to be faced in California later this year, and that’s something – something big. Arrested catharsis though it may bring, it’s a stepping stone on a path forward. A path towards more arrests and more victories for those who’ve been harmed by the (mostly) powerful men who commit these crimes, who wield sex as a weapon, and their power as a shield.