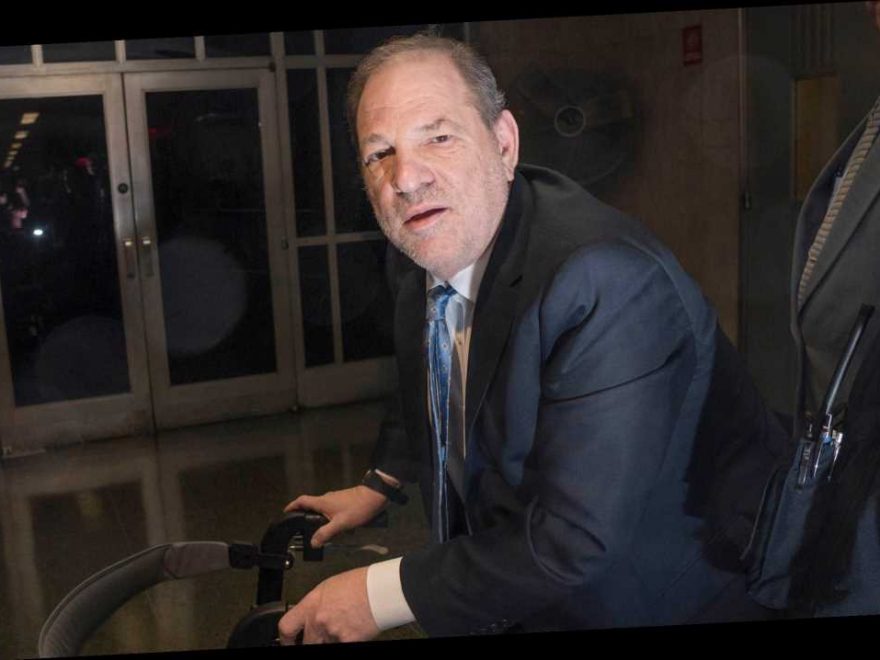 Harvey Weinstein was ordered held behind bars until he is sentenced after a Manhattan jury Monday returned two guilty verdicts, including one for a rape, against the once-powerful Hollywood mogul.

Manhattan Supreme Court Justice James Burke ordered Weinstein remanded until he is sentenced next month after the seven-man, five-woman jury delivered a verdict that could put the fallen Hollywood titan behind bars for 29 years.

He was hauled out a side door of the courtroom with his hands cuffed in front of him.

The disgraced movie maker had been using a walker to get in and out of court during his trial. After he was convicted and ordered to jail immediately, court officers held him up by his arms to help him along as they led him out.

Weinstein lawyer Donna Rotunno had argued that recent back surgery was not successful and that her client needed more medical attention. Judge James Burke said that he would recommend the north infirmary on Rikers Island.