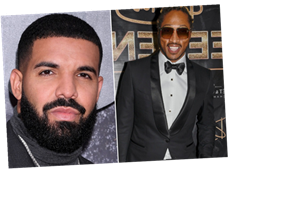 Drake has shared a new collaboration with Future called “Desires.” The new single, produced by D. Hill, follows the pair’s joint track “Life Is Good,” which dropped earlier this year. Drake promoted the song on his Instagram, pointing fans to his Soundcloud page.

Future originally teased “Desires” last August and the song leaked in January under the name “I Know.” It’s unclear whether this is another one-off single or whether Drake and Future are planning a follow-up to 2015’s mixtape What a Time to Be Alive.

Since Drake and Future dropped What a Time To Be Alive, the duo have collaborated several times, including Future’s “Used To This.” Drake has confirmed he’s working on a new album of his own, as well. In an interview with Rap Radar, Drake briefly discussed the work he’s putting into his sixth studio album. “I’ll go, like, three weeks in between making songs, because I’m just kind of enjoying life,” he explained. “I’m enjoying living, going out with people, investing in personal connections. And it’s making my music better.”