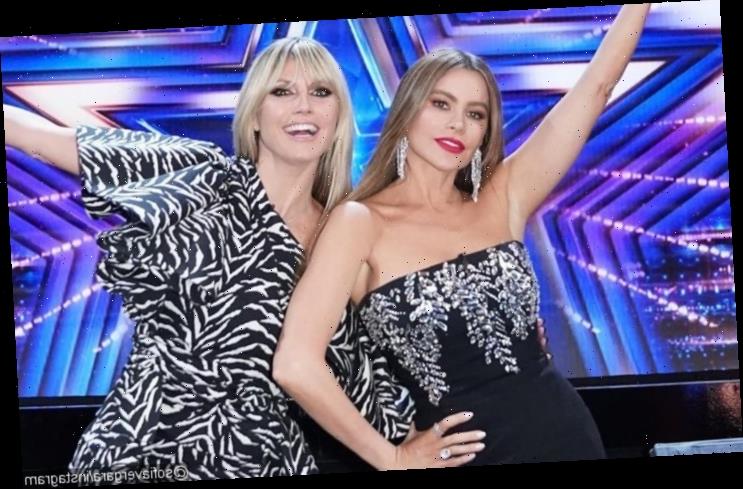 Returning to the TV talent show after missing out one season, the former ‘Project Runway’ host says at the season 15 premiere event that she and the ‘Modern Family’ star are going to have fun together.

AceShowbiz –Heidi Klum offered up some advice to her fellow “America’s Got Talent” judge Sofia Vergara, urging her to “always speak your truth.”

The “Modern Family” star has joined the panel for the upcoming series of the hit TV talent show, alongside fellow judges Heidi, Simon Cowell and Howie Mandel.

Speaking to U.S. TV show “Extra” at the season 15 premiere event on Wednesday (March 04), supermodel Heidi offered up some words of wisdom for her new co-star.

“I told her to always speak your truth. She was like, ‘I don’t want to do anything wrong. I’m nervous’… I said, ‘They might boo because they don’t agree with what you are saying. That’s going to be the weirdest thing for you. It was for me, but otherwise the people are awesome,’ ” she said.

“They are a huge fan of hers, so no problem… ‘Be who you are and be honest with what you see,’ and she has been.”

Heidi returns to the show after missing out on last season, with Julianne Hough and Gabrielle Union replacing her and Mel B (Melanie Brown), respectively. On her comeback, she added, “I am so excited that I was asked back. I missed it last year! It feels like being back at home, back with the family.”

“Now we have a new family member. I love Sofia. I knew Sofia from before. I knew we were going to have fun together.”

She gushed, “We have only had one day so far of filming together… She is lovely; you couldn’t have thought of a better person.”