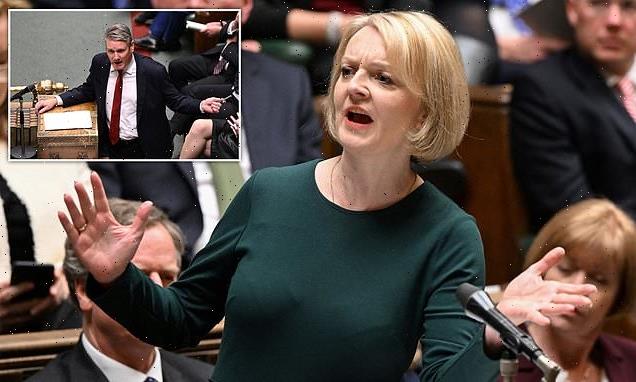 The PM and Keir Starmer tickled each other into submission: HENRY DEEDES watches Prime Minister’s Questions

After the chaos of the past fortnight, yesterday’s showdown between Liz Truss and Sir Keir Starmer at PMQs really should have been a cracker. A brutal contest between Left and Right. The low-tax, light regulators versus the anti-growth goons.

Instead, it was a disappointing non-event. Like turning up to a UFC fight to witness a gristle-twister, only to discover the two pugilists had agreed to tickle each other into submission with a pair of feather dusters.

If this is how the new-look PMQs is going to be from now on, we may need to start tuning into Homes Under The Hammer on Wednesdays for our pre-lunchtime kicks.

At least then we might get some drama, a bit of white-knuckle tension as we wait on tenterhooks to discover whether that charming couple from Romford have turned a quick profit on their mock Tudor pile.

To be fair to Miss Truss, she’d probably settle for a boring performance right now. Just as an away team manager celebrates a nil-all draw after parking the bus in front of the opposition’s goal, she may even try and chalk it up as a minor victory. A stretch, I know. But these are slightly desperate times in the Downing Street bunker.

Conservative MPs did at least cheer the Prime Minister’s arrival into the chamber. Not a particularly loud cheer, mind you, though a veritable roar compared with the pin-drop silence that greeted Theresa May when her premiership was crumbling. 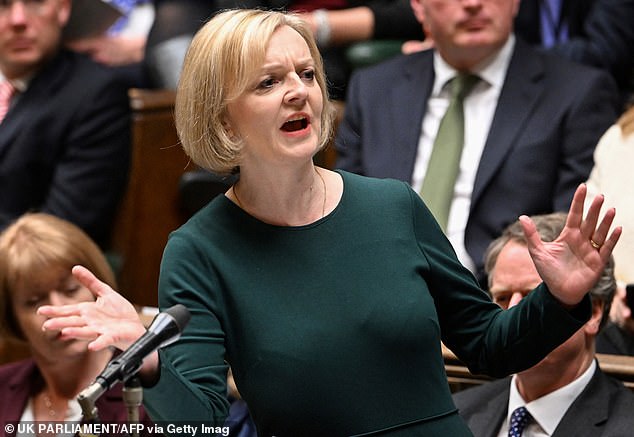 Conservative MPs did at least cheer the Prime Minister’s arrival into the chamber. Not a particularly loud cheer, mind you 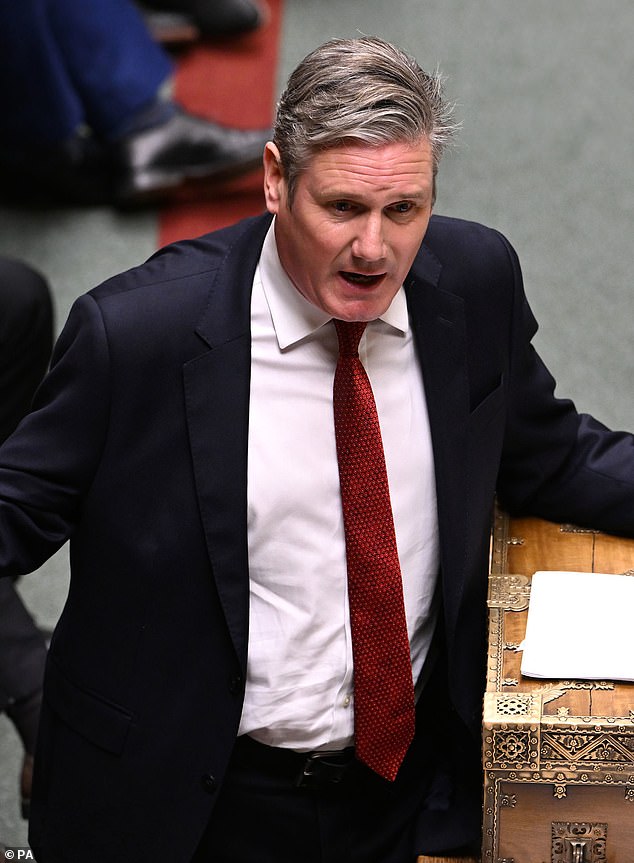 Miss Truss was helped by the fact that Sir Keir chose to focus his questions on the economy, a topic on which he appears to know next to nothing

Speaking of Mrs May, she was there in her usual berth, that impenetrable visage of hers as unreadable ever. Watching her gaze intently into the distance, it’s possible she was contemplating deep, illuminating thoughts on how the Government could help reboot the economy. Or it could be that she was simply casting her mind forward to the LK Bennett Christmas sale.

Miss Truss was helped by the fact that Sir Keir chose to focus his questions on the economy, a topic on which he appears to know next to nothing.

You can tell this from the way he nimbly swerves monetary matters in interviews. One moment he’s being asked about Labour’s fiscal policy, the next he’s suddenly reverted to his Wyatt Earp routine and reminding everyone how he used to bang up bad guys.

But he claimed to know enough to see that the mini-Budget was an act of vandalism. Tax cuts for the rich! Stamp duty relief for evil landlords!

Yet each time Sir Keir asked Miss Truss about her economic plans, a shroud of vagueness suddenly overcame her. Instead of answering his questions, she brought up the Government’s hugely generous energy price guarantee plan that Labour had so far failed to back.

He did his wide-arms thing and whined about Miss Truss ‘being in denial’ and ‘ducking responsibility’. But it was obvious he was getting nowhere. It was like trying to reason with a carpet salesman in a Turkish bazaar.

Meanwhile, Labour’s front bench did its best to knock Miss Truss off her stride, such as it was. Twice the PM ill-advisedly began a response with the words: ‘I’m genuinely unclear…’ Oh, how they laughed.

David Lammy jabbed his forefinger and stroked his magnificent collection of chins. Angela Rayner mouthed heckles and aggressively rearranged her shoulder pads. Gosh, they were scary. Not sure even NFL quarterbacks wear ones that big.

Conservative backbenchers, by contrast, looked off their oats. The usually boisterous posse of Simon Hoare (Con, N Dorset) and Tim Loughton (Con, E Worthing and Shoreham) patted their tummies impatiently and fiddled with their wristwatches.

Even that inveterate bawler, Stoke-on-Trent North’s Jonathan Gullis’s guns fell silent, choosing to hurry out before the session ended. Worrying.

Sir Keir did at least extract one straight answer from the PM when he asked whether she planned to stick to her leadership pledge not to reduce public spending. ‘Absolutely,’ she replied coolly.

At that very moment over in Washington, Georgetown residents may well have awoken to the startled screams of Kwasi Kwarteng dropping a bottle of Old Spice on his foot.

A pity the Chancellor wasn’t in the Commons to express his anguish in person. It would’ve certainly lightened up this dreary affair.