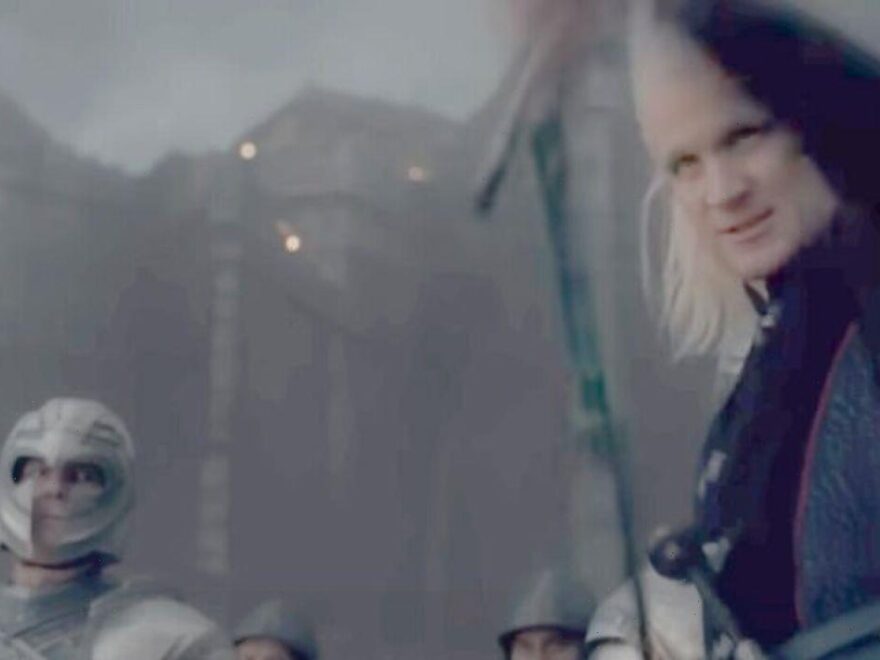 Game of Thrones prequel series House of the Dragon has been a huge hit with fans after it landed back in August. Season one broke viewing records for HBO with people around the world tuning in for the premiere and the show getting a swift renewal for a second series. With the show wrapping up for this run, viewers are keen to know how they can view the episode online.

How to watch House of the Dragon episode 10 online

House of the Dragon episode 10 will be airing on Sky Atlantic in the UK on Monday, October 24 at 2am British Summer Time (BST).

The episode will also be repeated at 9pm BST on the same day on Sky Atlantic.

You will need a Sky package, which gives you access to Sky’s on-demand service Sky Go and allows you to stream content online.

Using Sky Go, you can either livestream House of the Dragon at 2am or 9pm on various devices such as mobile phones or tablets.

However, you can also download and watch episode 10 at a time more suited to you once the show has finished airing at 2am.

Those without a Sky package can still watch House of the Dragon episode 10, but you will need a subscription to streaming platform NOW and purchase the Entertainment membership.

NOW also allows you to watch House of the Dragon either live on Sky Atlantic or on catch-up.

Again, NOW also has a download feature so you can watch The Black Queen without a live internet connection and on portable devices at a convenient time to you.

The entire first season of House of the Dragon will be available to watch as a boxset on NOW if you choose to binge it in one go for £9.99 per month.

Those new to NOW get a seven-day trial after which you can cancel your subscription without incurring a cost.

Alternatively, you can keep watching NOW which features a whole host of content including Game of Thrones and will be home to the upcoming Jon Snow series.

House of the Dragon episodes are simulcast around the world and how to watch the show online will differ depending on your region.

What will happen in House of the Dragon episode 10?

In America, House of the Dragon episode 10 will be airing on HBO Max on Sunday, October 20 at 9pm Eastern Standard Time and can be live streamed on a range of devices.

This will be 6pm Pacific Standard Time if you’re on the West Cost of America.

However, when you can watch the show will vary from region to region depending on your time zone.

The House of the Dragon episode 10 trailer sees Rhaenys Velaryon (played by Eve Best) arriving at Dragonstone and delivering the news of the Hightower coup to a shocked Rhaenyra (Emma D’Arcy) and Prince Daemon Targaryen (Matt Smith).

Rhaenys warns the Greens will be coming for the heir as well as her children with the Blacks snapping into action to fight back against the onslaught.

Jacarys Velaryon (Harry Collett) and Lucerys Velaryon (Elliot Grihault) tell their parents they are ready and armed as they prepare to take on Aemond Targaryen (Ewan Mitchell).

The battle lines will be drawn with lords and noblemen taking sides in the Dance of the Dragons as Rhaenyra is advised to launch a siege on the Red Keep.

A voice brings the preview to an ominous close: “Your cause holds a power that has not been seen since the days of Old Valyria.”