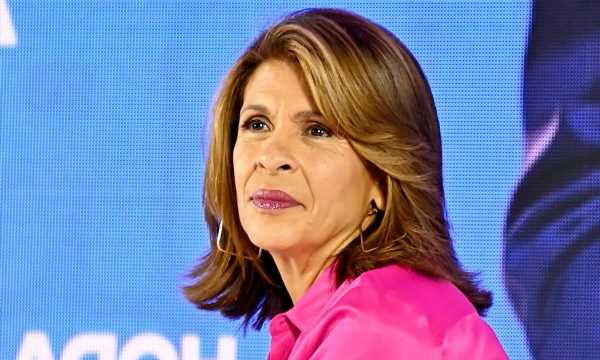 The Today Show‘s Hoda Kotb reportedly broke down in tears on Friday as she hosted a special event at BravoCon.

The 58-year-old was said to be seen wiping away tears during the event with Savannah Guthrie after audience member took to the stage and shared a heartbreaking story of how her daughter died in a drink driving accident.

“Several years ago, I lost my daughter in a drunk driving crash. I don’t sleep very well, but your shows have sustained me,” she told the network hosts, according to The Sun.

Hoda then gave the mom a big hug as Andy Cohen, whom Hoda and Savannah were interviewing, signed the mom’s book.

The two Today stars moderated the “Ask Andy” panel during Bravo’s three-day fan convention in New York. The event made its highly anticipated return on 14 October, and it is the first time it returns to New York City following a two-year hiatus due to pandemic related restrictions.

The network previously announced that the event, which in 2019 sold out in under a minute, will feature “various cast and executive producer panels, interactive photo opportunities and exclusive sneak-peek screenings of upcoming highly anticipated series”. 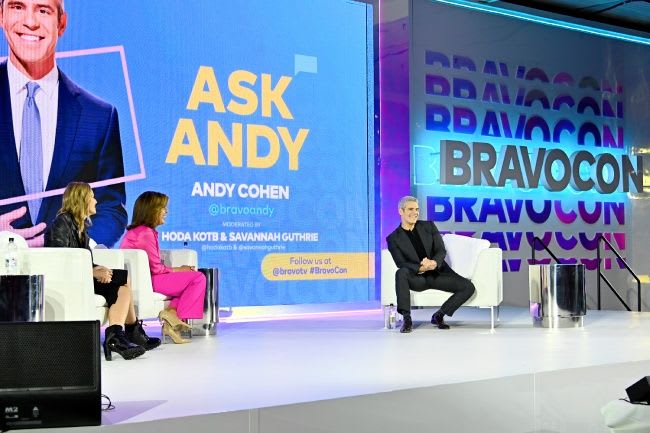 Earlier in the day fans saw the TV hosts became the Real Anchors of Today in a fun segment. Each of the stars of Today appeared in the clip which was made to look like the opening credits of the hit Bravo show. They each read their own tagline for the cameras with a glitzy backdrop behind them.

Savannah kicked off the video which poked fun at each and every one of the cast by saying: “I like to ask tough questions, so here’s one. Can money buy you class?”

Jenna joked about her book club when she read her tagline line: “You know what I always say? Don’t judge a bush by its cover,” and, Hoda added: “I’m known for my inspirational quotes, but what you may not know is they’re also known as plagiarism.”