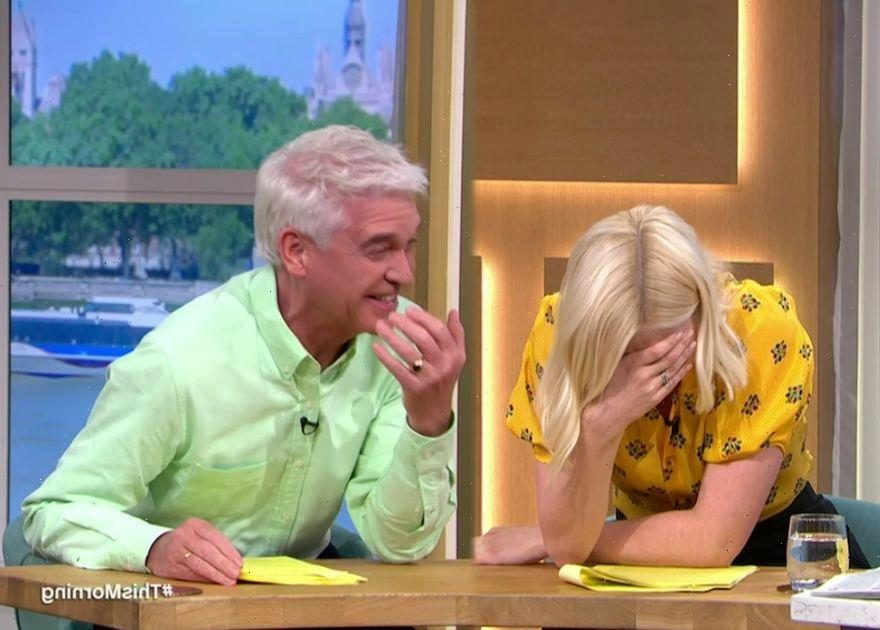 Holly Willoughby made a hilarious gardening blunder on This Morning and it all involved corn on the cobs.

She and Phillip Schofield were left in hysterics as the 40-year-old star’s co-host called her out on her awkward gaffe.

Initially confused over why Holly was saying she couldn’t get her corn on the cob plants to flourish as they spoke about how to grow your own food in a gardening segment on the show, Phillip, 59, realised it was because she was searching in the wrong place.

Upon hearing Holly say her problem was there was nothing showing "underneath" her plant when she went to dig up the corn – a puzzled Phillip eventually explained the right way to cultivate the vegetable.

"I’ve tried [growing her own fruit and veg] I’ve not actually eaten any of it yet," Holly began.

“Because your tomatoes weren’t a massive success, Phillip noted, and his co-star agreed her plants had already died this year.

"I’ve got some good looking corn on the cob, I mean the green sprouts coming out the top are…" Holly went on. "I don’t know what’s happening underneath."

"That’s the problem," the host said seriously, showing her disappointment to the nation on live TV. "I go to dig them up and there’s nothing under there."

Pausing to take in what his friend had just inadvertently admitted, Phillip corrected: "Corn on the cob grows off the plant though not underneath."

"Doesn’t it? Does it?" a suddenly red-faced Holly asked, frantically looking around the studio to the various crew-members. "Well I’m looking in the wrong place."

"I thought it was like a carrot," Holly cried with laughter, as she said faux-angrily: "Don’t ask me that again."

"No wonder you’re not getting any if you’re digging the plant up," Phillip squealed, doubled over on the table as he quickly transitioned over to roving gardener Daisy in Cirencester.

"Ok Daisy pick it up," Phillip laughed, and Daisy told mum-of-three Holly she’d have to "come over" and help her.

"It’s gonna happen we’re gonna have to do a whole tutorial," the reporter added with a grin.

"Let me show you how you can grow your own fruit and then we can take it from there, we can build on this. We can save some tomatoes for you Holly."

This Morning continues weekdays at 10am on ITV.