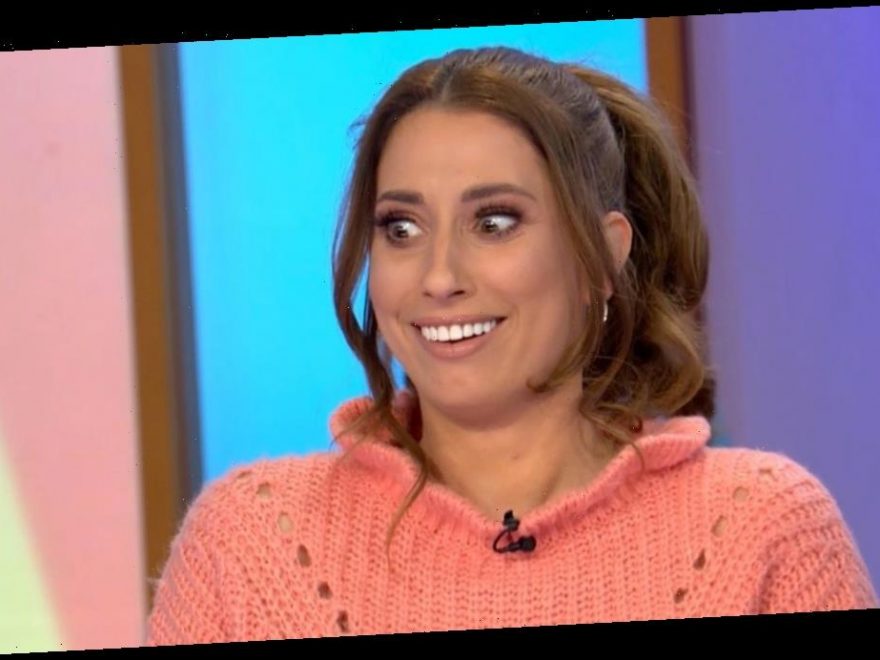 Stacey Solomon was left horrified today after coming face to face with an old photo of herself on The X Factor .

The Loose Women panelist, 30, shot to fame after appearing on The X Factor in 2009 and won I'm A Celebrity the following year.

Ahead of interviewing fellow X Factor alum Olly Murs on the show today, the ITV daytime programme showed an old photo of the pair posing together 11 years ago.

Teasing Olly's appearance on the show with the picture, Stacey made a face as fellow panelist Andrea McLean exclaimed: "Oh, look at you!"

"I thought, 'Who's that?!'" Nadia Sawalha quipped.

Stacey said in shock: "Sorry, I didn't recognise myself!"

The former singer, who would have been around 19 at the time, had donned huge poofy beach blond hair and a navy blue dress as she sat to the side of the set with Olly, who was glancing over his shoulder.

"Oh stop it!" Stacey called out as the picture popped up again. "Put it away!"

Since her rise to fame on The X Factor, Stacey took part in a number of reality TV shows including The Jump and I'm A Celebrity.

She also began to dip her toe into presenting in 2011, hosting ITV's Sing If You Can with Keith Lemon and Sky Living's The Love Machine with Chris Moyles in 2012.

In 2016 she began appearing on Loose Women as a guest panelist and also hosted I'm A Celeb spin-off show Extra Camp alongside boyfriend Joe Swash, Vicky Pattison and Chris Ramsey.

Last year, it was confirmed that she would become a regular panelist on ITV2's Celebrity Juice.