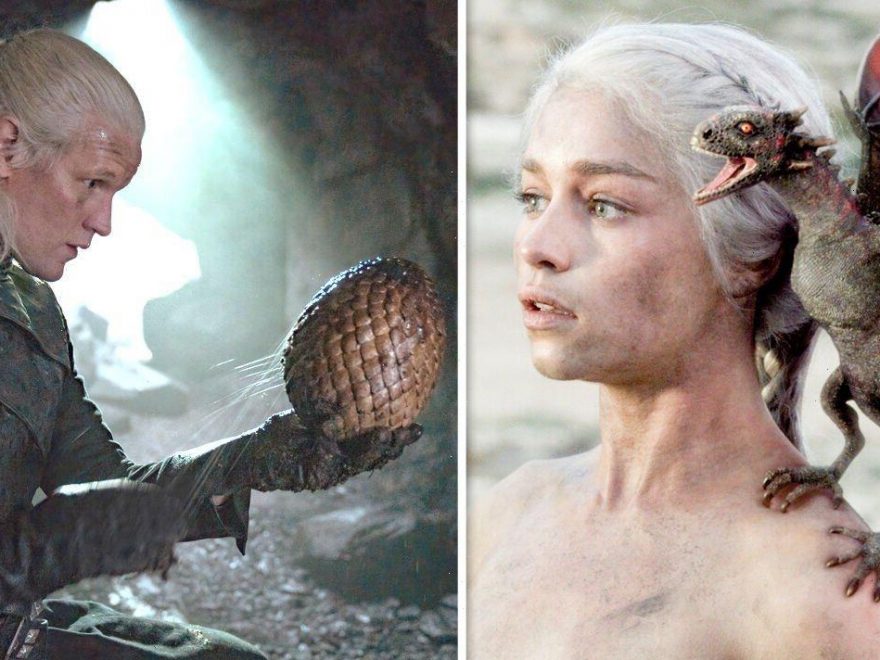 House of the Dragon: Trailer for brand new series

In Game of Thrones, dragons had been dead for hundreds of years with Daenerys Targaryen (played by Emilia Clarke) – the Mother of Dragons – hatching three eggs and growing her brood. As a Targaryen, she always said she had the “blood of the dragon” flowing their her veins and referred to her brood as “babies”. Drogon, Viserion, Rhaegal treated Daenerys as their mother with the creatures responding to her touch as well as protecting her.

WARNING: This article contains major spoilers from House of the Dragon episode 1

How do the Targaryens control the dragons?

After Daenerys’ eggs hatched, she emerged unscathed from her husband Khal Drogo’s (Jason Momoa) funeral pyre with one dragon even suckling at her breast, suggesting a deep connection between them.

House of the Dragon saw a young Rhaenyra (Milly Alcock) sharing a strong bond with her own dragon, whom she often takes out for rides.

During the episode, there was a remark about humans meddling with dragons – a power they never should have touched, suggesting it would come back to haunt them all later.

Many viewers may be curious to know how the Targaryens tamed and can control dragons. There is much mythology and lore within Game of Thrones author George R.R. Martin’s universe to answer this. 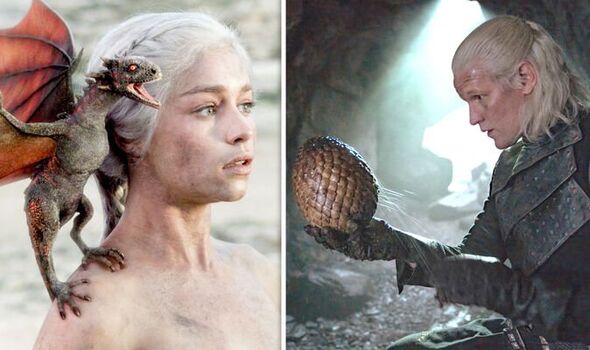 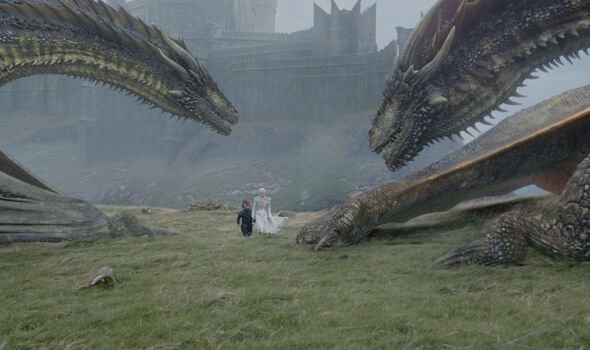 First of all, it should be noted the Targaryens were not the only family to own dragons. In fact, there were lots of dragonrider families in Valyria who had their own fleet of dragons.

The Targaryens were actually quite a small family among the noble dynasties in Valyria, however, they fled the area before the Doom.

The Doom was a mysterious event which killed all people and animals in Valyria, leaving it a dangerous wasteland.

The Targaryens upped stakes from Valyria and took their dragons after Daenys had a strange dream predicting the Doom and urging her family to leave. 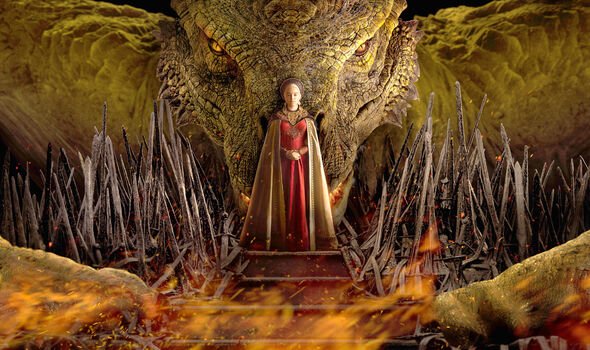 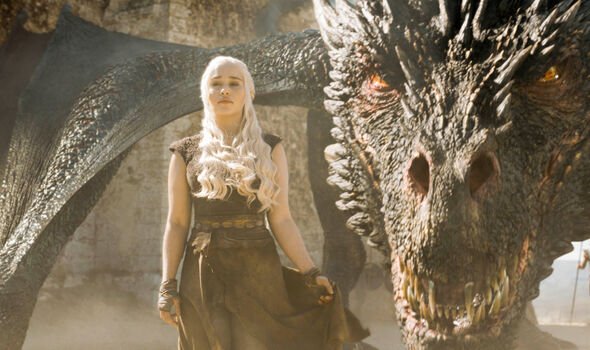 Prior to the Doom, families across Valyria used dragons both as weapons and transport throughout a region known as the Valyrian Freehold.

According to A Wiki of Ice and Fire, the dragonrider families – or dragonlords – are said to have used spells and sorcery to bend dragons to their will.

Dragon horns are also said to have been used by humans to tame dragons and serve them. All of this might explain how the Targaryens can control dragons.

The encyclopaedia goes on to suggest all dragonlords intermarried to keep their bloodlines pure and had silver-blond hair with lilac or blue eyes.

In this respect, the Targaryens were simply one of many dragonlords and all of these families looked and behaved broadly the same.

However, within Game of Thrones’ lore, it’s also suggested dragons were brought over to Valyria from the mysterious Shadow Land beyond Asshai.

The wiki states: “Ancient tales from Asshai claim that an unnamed people first tamed these dragons, brought them to Valyria, and taught the Valyrians their arts before departing from the annals of history.

“Barth put forth the theory that dragons were created by Valyrian bloodmages using wyvern stock. Dragons may also be related to firewyrms.”

Martin’s mythology suggests the origins of dragons themselves are disputed among scholars and historians.

According to Barth’s Unnatural History, some Valyrians suggest dragons came from a ring of volcanoes known as the Fourteen Flames.

While others suggest they originated from a second moon which was cracked open by the heat of the sun and led the creatures to spill out.

House of the Dragon could shed further light on this relationship between humans and dragons and solidify some of these bits of mythology as the show goes on.