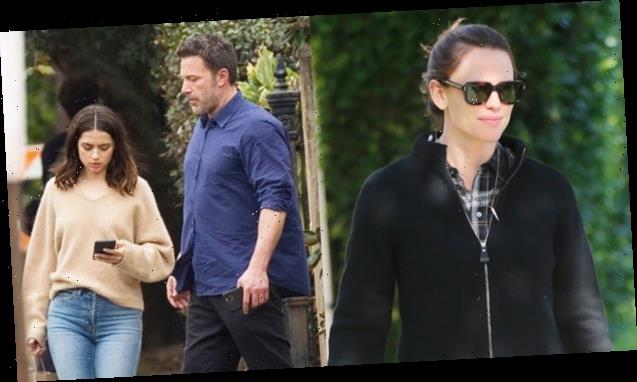 Ben Affleck was spotted enjoying some time with his ‘Deep Water’ co-star Ana de Armas in her hometown of Havana, Cuba — but there’s seemingly no drama with ex Jennifer Garner.

Jennifer Garner, 47, is totally fine with ex-husband Ben Affleck, 47, dating again. “When it comes to people that Ben may or may not be dating, Jen’s attitude is different at all stages of a relationship that Ben will have. If he is dating and having fun, she’s OK with it, she really doesn’t have any say in any of that,” a source spills to HollywoodLife EXCLUSIVELY. The Daredevil actor has been seen out with different women since his split from Jen back in 2015 after a decade of marriage: Ben dated SNL staffer Lindsay Shookus from 2017 – 2018, and was just seen on what looked like a date with his Deep Water co-star Ana de Armas, 31, in Havana, Cuba. “His recent film really changed him for the better and Jen doesn’t frown on the changes that Ben has made, she is proud of him,” the insider noted.

Since their divorce, Jen and Ben have been able to put their personal issues aside to co-parent their three kids Violet, 14, Seraphina, 11, and Samuel, 8 — and that remains a focus for Jen. “If it ever gets to a point where he starts dating someone that meets the kids, than that is a completely different thing altogether,” the insider continues, adding that Ben keeps an open line of communication with his ex-wife. “Ben is very upfront with all that to Jen though and there really isn’t any surprises, so if Ana becomes or is becoming something special and more than co-stars than they will cross those paths when they cross them. She will be vetted because Jen’s kids are her world and she wants to make sure that Ben is with someone that is not only right for Ben but her kids since they would be always around each other.”

While it’s unclear how long Ben and Ana have been potentially dating, Cuba is her native country suggesting the trip was a visit home! The duo looked smitten shopping at a retail store Clandestina, and later dining at La Corte del Principe. “That [meeting the kids] stage hasn’t happened yet with Ana but if it does Jen will be ready for it and Ben will respect her wishes as everything moves forward. They are definitely on the same page when it comes to the kids, so that is only a good thing,” the source spilled. Ben and Jen are often spotted together at weekly activities like Seraphina’s soccer games or decorating for the holidays, so there’s no doubt there’s plenty of open communication.

“Jen has really looked at Ben these past few weeks in quite a different light,” the insider also revealed. “She really does appreciate that he is owning up to his past and changing to be a better man for himself, his family and the world to make it even more serious.”