Orlando Bloom had hardly finished slipping the ruby-and-diamond ring onto Katy Perry‘s finger when chatter about the next steps began.

A source noted to People not even a full day after Bloom’s over-the-top Valentine’s Day proposal how the American Idol judge and her newly minted finance “want to get married and start a family sooner rather than later.”

The actor himself even said as much when quizzed by Howard Stern on his Sirius XM Satellite Radio show in September.

“I love kids. She’s great with kids,” noted the 43-year-old, dad to 9-year-old Flynn with ex-wife Miranda Kerr. “It would be a wonderful thing. We are shooting for that. It’s like this wild mustang. If we can just wrangle this beast and get on it, we’ll have the ride of our life.”

Whether the wild mustang in this metaphor is parenting or just balls-to-the-wall commitment, it’s fair to say the pair are now going full-on domesticated with the upcoming birth of their first child together.

Because when she dropped the music video for “Never Worn White”—a track off her forthcoming sixth album—last week Perry revealed she’s been working on more than just a new disc. With one theatrically deliberate caress of her stomach, the five-time American Music Award winner, 35, confirmed her pregnancy. Or, as she put it in her subsequent Instagram chat, “There’s a lot that will be happening this summer.”

Job one is to wed Bloom, the man she’s been all-in on since a 2017 five-month separation helped them solidify the fact that they were meant for each other. Coronavirus fears aside, they’re hopeful their dream vows can take place in Japan as planned.

But even a last-minute course reverse would do little to dull their glow. “Katy has wanted a baby for a long time. She and Orlando both have,” a source tells E! News. “They have so much fun with Flynn and being parents, they couldn’t wait to add to the family.” 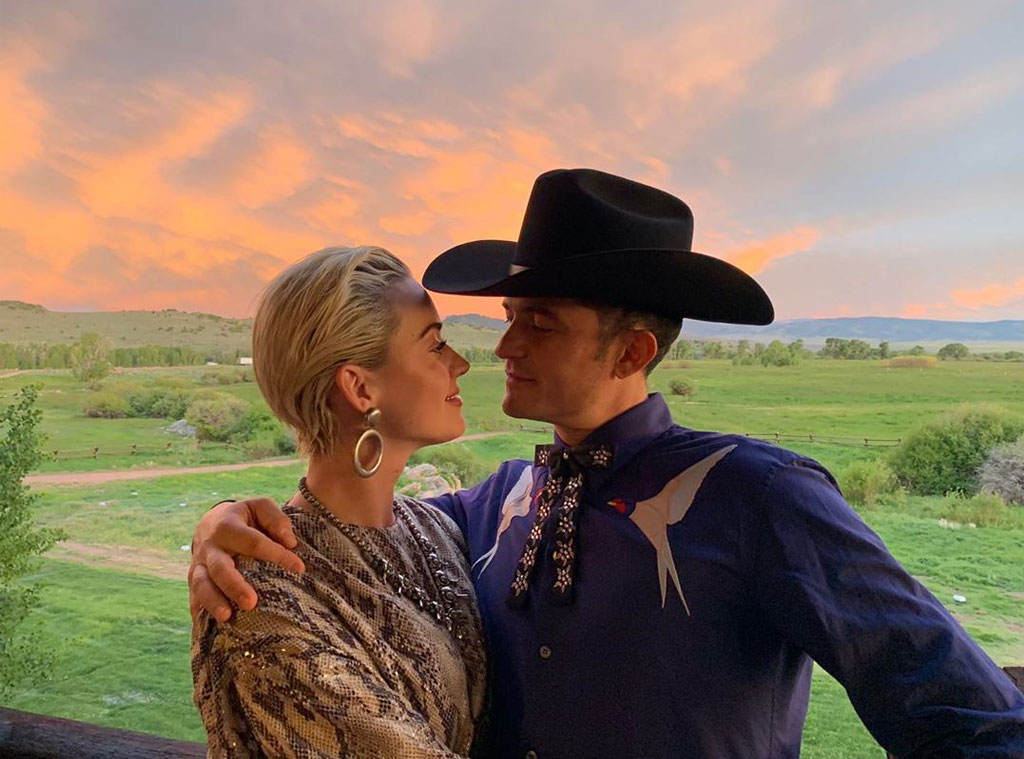 Fortunately for Perry, she’s been getting some on-the-job training for the past four years or so. Tight with Bloom’s former bride Kerr, also mom to sons Hart, 22 months, and Myles, 5 months, with husband Evan Spiegel, she functions as another member of Flynn’s co-parenting team.

“Katy has a great relationship with Miranda and they have always been supportive of one another,” says the source. “Miranda has always appreciated Katy’s love and care for Flynn.”

That includes turning up for the elementary schooler’s plays and other activities. Already following in Dad’s footsteps, “He enjoys performing,” says the source, “and she’s always there at his plays cheering him on. She’s a constant in his life and loves being a part of it and watching him grow.” 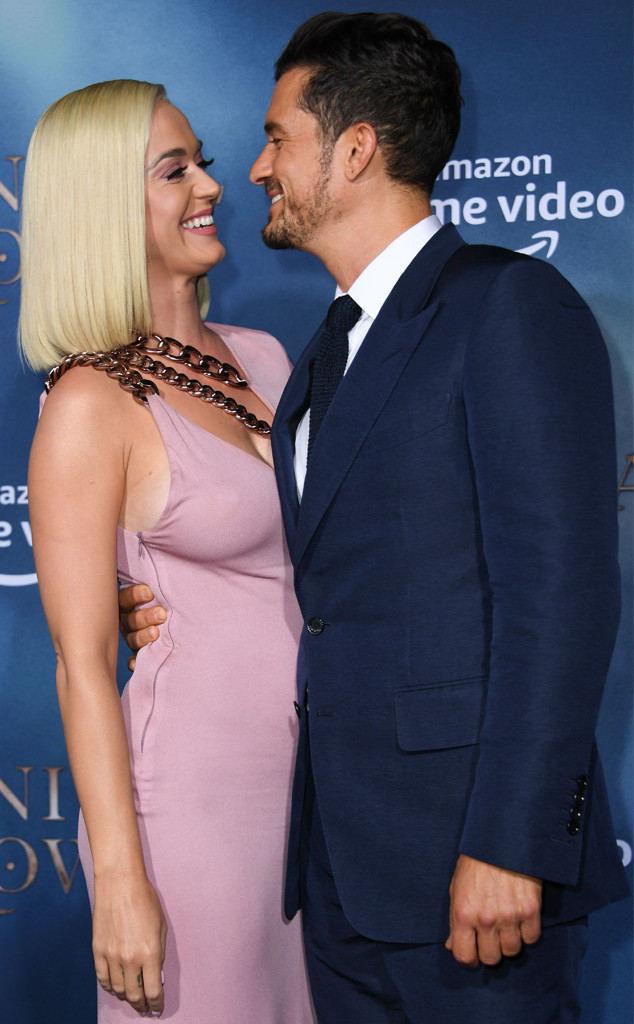 Even it that means she had to curtail her late nights in favor of early rising to ensure Flynn is out the door by 7:30 a.m. “I used to not wake up until, like, 11 a.m., and now I’m in bed like a normal person at 10:00 p.m. just, like, falling asleep,” she said on The Ellen DeGeneres Show in September. “I guess this has definitely matured me. I guess this is adulting.”

Sure, but it’s still fun.

Together, as a trio, they’ve traveled to Aspen and Japan and explored every corner of Disneyland, a place Bloom told Stern his bride loves “more than anything else.” Even when they’re close to home, as she shared in her recent Vogue India interview, it’s a delight. “We go to the movies or to amusement parks,” she said. “We’re constantly doing things that are fun.”

And they’re already excitedly imagining the adventures they’ll have as a quartet. “From the very beginning, Katy has had a special bond with Flynn,” says the source, “and she can’t wait to see him be a big brother.” 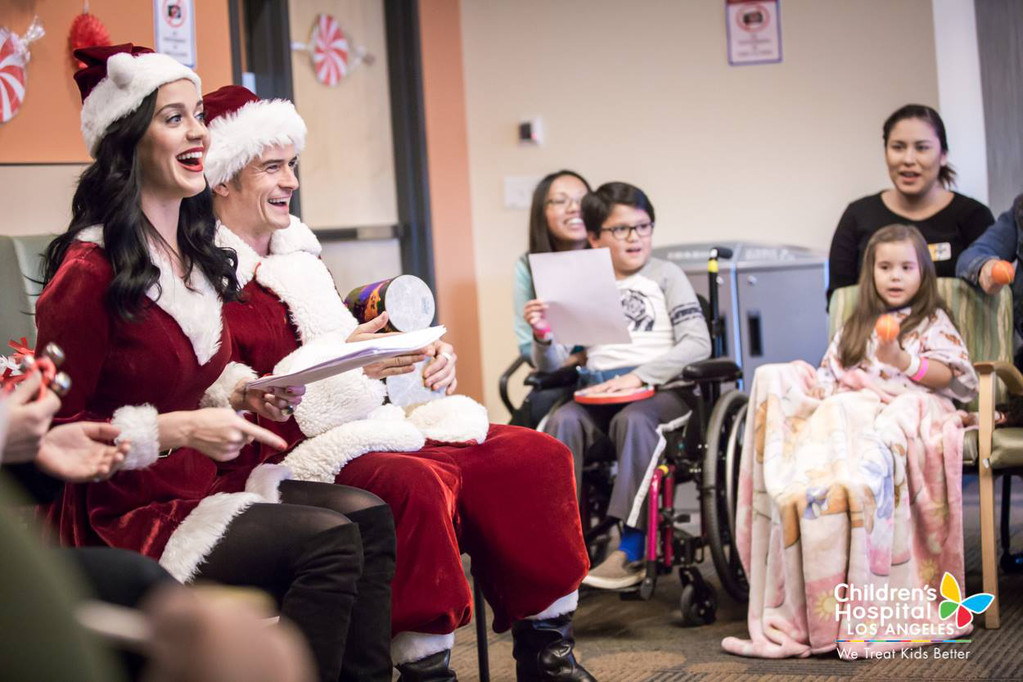 And should she want for any further parenting guidance, she has a whole squad ready to offer tips on sleep training and swaddling techniques. There’s older sister Angela Hudson, of course, Perry on-hand for both the 2014 and 2016 births of her daughters, even operating as a sort of assistant doula.

“Finally you can add “helps delivers babies in living rooms” to my resume! It’s been a miracle of a day…” she tweeted in February 2014, introducing herself as Stylist Auntie. (It’s a role she’s maintained, purchasing at least one mini Chanel for now 6-year-old Stella.)

Plus she has a slew of friends who have already been there, conquered that, should she have any questions about those early newborn weeks. “Between Flynn, being an aunt and being around all of her friends’ babies, she has had a lot of experience,” says the source, “and now it’s her turn. She will be a great mom and a natural.”

Because this has been the plan almost from the moment the two flirted over In-N-Out burgers at a 2016 Golden Globes after party. “Her and Orlando have always wanted a baby,” another insider tells E! News. “It was one of the first conversations they had since being engaged and they both were always on the same page.”

The Cliff Notes being that expanding their family was top priority, regardless of how many times their jam-packed work schedules forced them to postpone their vows.

“Katy is so excited and feels it’s finally the right time in her life,” says the insider. “It didn’t matter to her if the baby came before the marriage or vice versa because she knew she had found her soulmate.”