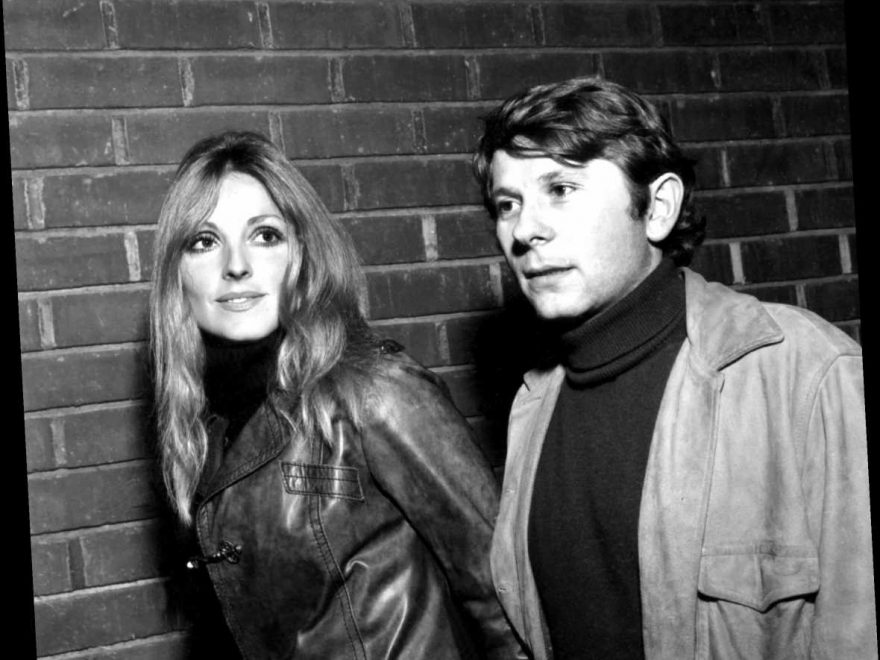 In his latest book about Hollywood, author Sam Wasson uses interviews and books — such as autobiography “Roman by Polanski” — to craft a novelistic tale about the making of the iconic 1974 movie “Chinatown.” The first chapter, “Justice,” starts off with the romance between actress Sharon Tate and young director Roman Polanski, as he casts her in his 1967 film, “The Fearless Vampire Killers.” Our excerpt (slightly edited for length) is below. 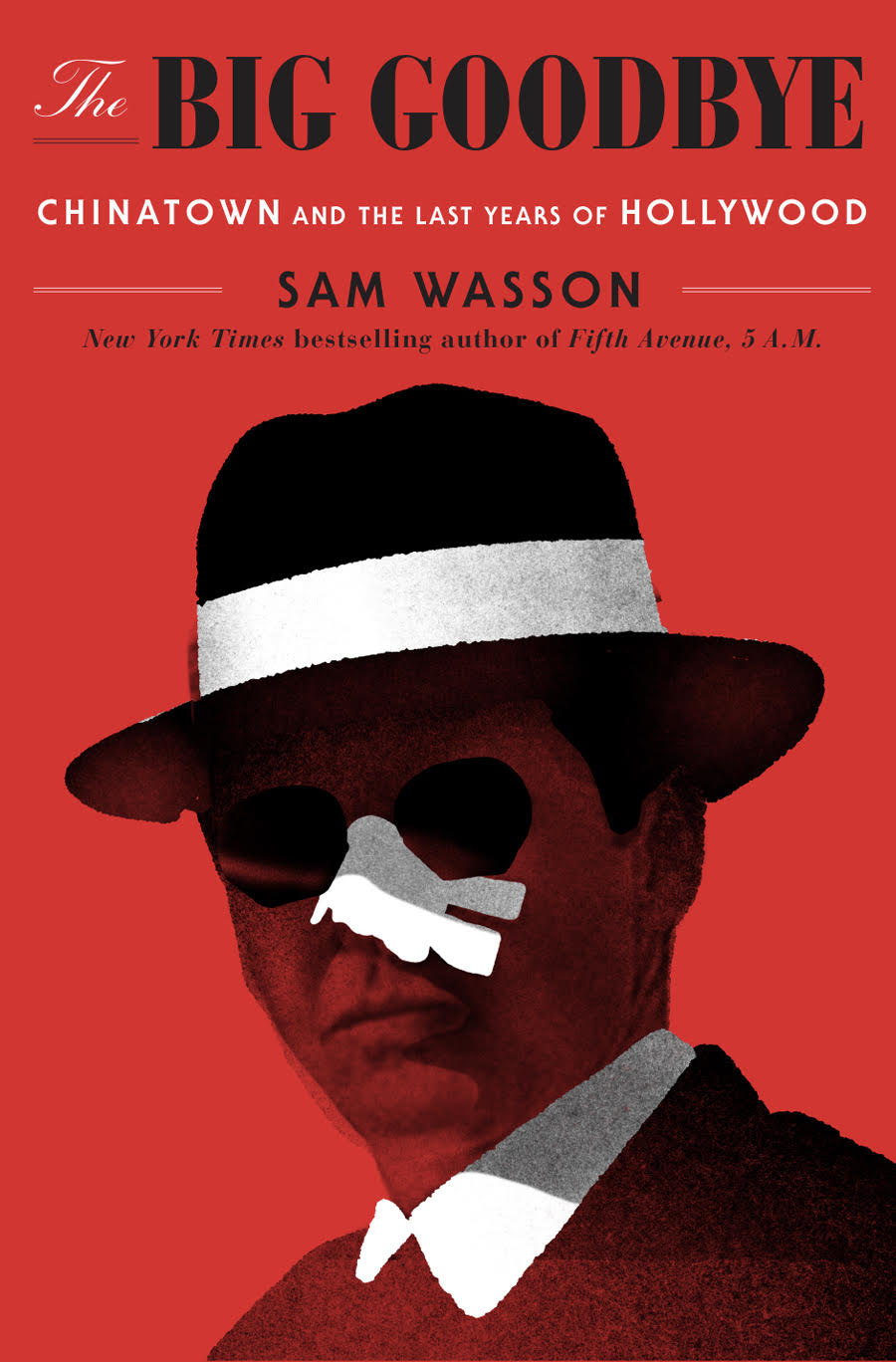 Duty was her pattern. She was a smiler, an actress.

Sharon signed with Ransohoff at nineteen. Dutifully, she faced Hollywood with professional dedication, taking courses in singing, dancing, and acting, the latter with Jeff Corey in the fall of 1963. “An incredibly beautiful girl,” Corey reflected, “but a fragmented personality.” Self-disclosure was a problem, so Corey one day put a stick in her hand and demanded, “Hit me, do something, show emotion!” Beauty was not enough. And she knew she wouldn’t be beautiful forever.

She was seeing someone, Jay Sebring, a hairstylist to the stars. They’d been together about three years, almost since she had arrived in Los Angeles. He was there in London now, waiting for her to finish this film, Eye of the Devil. He had the most beautiful, the sweetest, home in Benedict Canyon on Easton Drive. It was Jean Harlow’s old house, the one where her husband, producer Paul Bern, shot himself (unless he was murdered) two months after they were married. But it really was the sweetest house, the kind you would discover if you got lost wandering a forest in a fairy tale, like the cottage where Snow White found the Seven Dwarfs. It actually looked like that. To think that someone would be shot, or shoot himself, in a place like that—it didn’t make sense.

Sharon and Roman, party people, could agree that they loved mid-sixties London. The city still bounced to the beat of the Beatles—their sound, their look, the cheeky enthusiasm that remade stuffy old London into the mod capital of the world—and in flooded an international miscellany of the young and creative, decked out in long beads, billowy shirtsleeves, and miniskirts, to enjoy a little of the goofy good time they saw in A Hard Day’s Night. They were musicians, photographers, Warren Beatty, Twiggy, Vidal Sassoon, the debonair production designer Richard Sylbert, fledgling producers like Robert Evans—dispatched by Gulf & Western’s chairman, Charles Bluhdorn, to shake the postwar dust off Paramount’s London office. They all crossed paths at the Ad Lib Club, one of swinging London’s hot spots. Most of them liked a little grass, only a little. But—as Polanski told Sharon—he couldn’t stand the dropouts at the margins of the city, the bleary-eyed, perpetually drugged grass smokers with their pedantry and fogged reasoning.

Had she ever tried LSD?

Yes. A few times. With Jay.

Roman had done it once or twice.

Where was Sharon staying?

Around the corner from him. Would she like to try some acid tonight? They could split a tab. It would be an easy trip. At Roman’s Eaton Place flat they lay down together and split the sugar cube in two. Sharon, biting her fingernails, accepted her half and confessed to feeling guilty for being there. She did love Jay. But not like he loved her. Jay was completely in love with her. But— this confused her—she also knew he had other women; they literally lined the block around his salon. But, she tried to reason with herself, free love was natural and therefore good, and since she had come to London, she had heard so many sophisticates, people like Roman Polanski, denigrate middle-class American hang-ups like fidelity that she had almost come to agree with them herself, at least for tonight.

Roman lit candles as the acid covered them and they talked on for hours, and nearing sunrise, it was obvious to what remained of Roman’s thinking mind that they were going to go to bed together. She started screaming.

Terrified, he dropped to her side. “Please don’t,” he reassured her. “Please.”

But she wouldn’t stop. She was weeping uncontrollably.

He would stare at Sharon, unbelieving. It was impossible, someone so perfect, and yet, there she was. Wasn’t she?

“She was just fantastic,” Polanski would say. “She was a fucking angel.” Her hair of yellow chaparral, the changing color of her eyes, the unqualified kindness of her face. Did people like this exist? In a world of chaos, was it naive to trust, as a child would, the apparent goodness of things, the feeling of safety he had known and lost before? 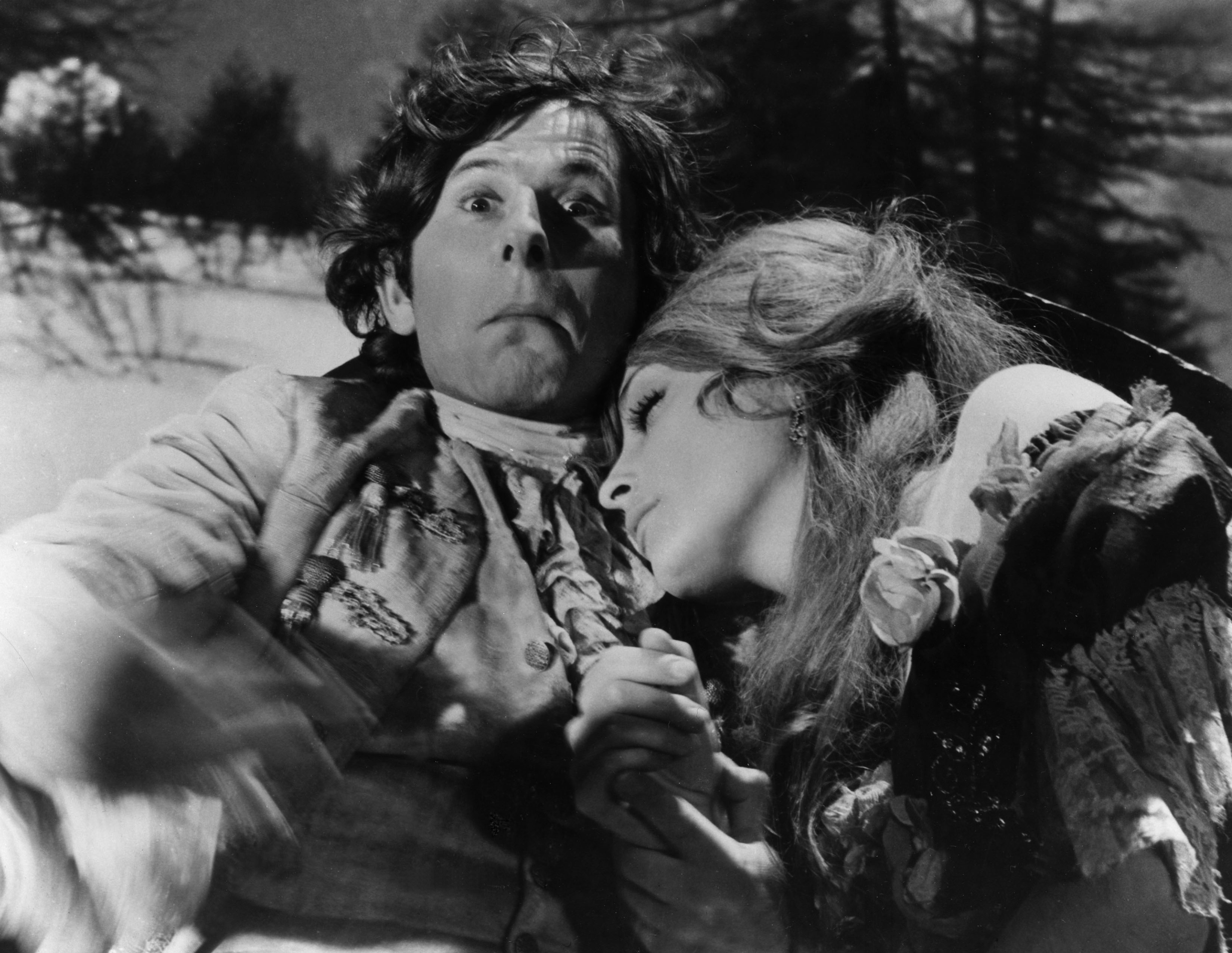 He loved Sharon’s Los Angeles once he came to be with her there, the bare feet and early nights; he loved the funny science-fictional house—like being on the moon, she said—she rented from a friend. “I have never made love more often,” he recalled, “or with greater emotional intensity, than I did with Sharon during those few days together.” He loved the city’s free embrace of sensuous ideals, the wide red carpet into the Beverly Hills Hotel, the world-within-a-world tranquility of its spacious estates and, at every turn, unbroken vistas. “Here in L.A.,” he reflected, “there were no skyscrapers; it was countrified living with all the desirable advantages of a city.”

Having spent much of his childhood in the ghetto and, after his father was taken from him too, in hiding at the Wilkses’ cottage, he was predisposed to love the safety and seclusion of Los Angeles’s vast and variegated topography and big open skies. He loved to drive. He loved cars. He put the top down and drove. He loved to go fast. Polanski was speed. He cherished the freedom—in every respect anathema to his film-school days in gray, angular Communist Poland—of Disneyland, which he had visited for the first time, in 1963, with Federico Fellini and his wife, Giulietta Masina. “For all of us,” Polanski remembered of their afternoon, “it was like discovering the America of our childhood dreams.” 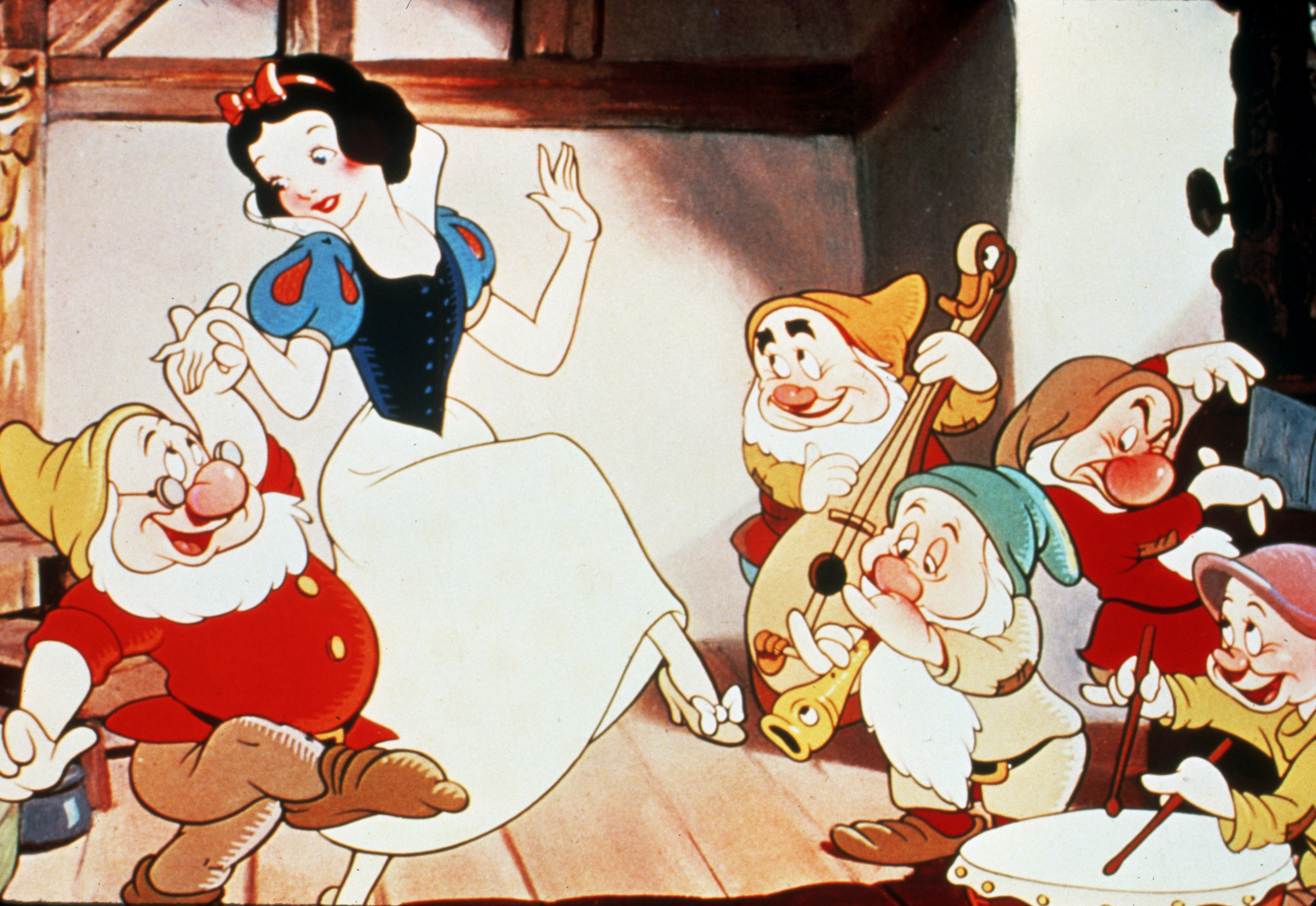 There was another memory from before the war: the time Roman saw his first movie, the Jeanette MacDonald and Nelson Eddy musical Sweethearts, of which he understood nothing, but he didn’t have to; from that point on, the complete enterprise of moviegoing obsessed him, the light, the dark, the muffled click-click-whir of the projector, everything movie down to the dusty smell of the half-empty Kraków theaters and the squeaks of the folding seats. “I read whatever I could on filmmaking,” Polanski said. How were these things made? Who made them?

At film school in Lodz after the war, he met a future master of Polish cinema, Andrzej Wajda. In 1954 Polanski appeared in Wajda’s seminal A Generation. “Roman was an insatiable presence on the set back then,” Wajda recalled. “Voraciously interested in everything technical—lighting, film stock, makeup, camera optics—with no interest whatever, on the other hand, in the sorts of thematic concerns that obsessed the rest of us, like politics, Poland’s place in the world, and, especially, our recent national past. He saw everything in front of him and nothing behind, his eyes firmly fixed on a future he already seemed to be hurtling toward, at maximum speed. And for him that future was out there, in the world, and particularly Hollywood, which he equated with the world standard in cinema. Even then. And that was absolutely unique among us.”

He was not ashamed, as many of his film-school contemporaries were, of swimming in the warm gush of thrillers, musicals, Westerns, The Adventures of Robin Hood, The Maltese Falcon, Snow White (“It’s so naïvely beautiful. What is it, corny or something? But I just love this movie. . . .”), popular genres that were to Polanski “what cinema”—what Hollywood—“is all about.” These were not dreams; Roman didn’t understand his dreams. These were hopes, as real as the people who made them, sent to Poland from a magical but non- imaginary place on an actual map fantastically far from Soviet rule.

“Go West,” Roman said “very quickly became a necessity for me.” He had come to Hollywood, to Sharon’s Los Angeles, to show Ransohoff his rough cut of The Fearless Vampire Killers, a film Polanski made “to recreate, in a sense, the joy of childhood,” of his earliest genre-love. Ransohoff detested it.

It had always been Ransohoff’s contention that while Polanski understood European audiences, Ransohoff understood his. “I know the American public better than you do,” he had warned Polanski, “and I’d like to reserve the right to change the American cut of the film.” Polanski had signed, concluding that Ransohoff, in his unpretentious baggy pants and sweatshirts, was trustworthy, a vagrant connoisseur and, based on Ransohoff’s investment in Polanski’s previous films, even artistically inclined. But he had misinterpreted the facts. “What’s funny is that I should have foreseen the problem,” Polanski complained to Variety. “When Ransohoff bought my previous film, Cul-de-sac, for the U.S., he cut 15 minutes from it and did some redubbing.”

There was nothing Roman could do: Ransohoff took control. He slashed twenty minutes from Vampire Killers, re-dubbed actors to make them sound American, drastically curtailed the score, and added an inane cartoon prologue utterly out of tone with the rest of the picture. When Polanski saw what Ransohoff had destroyed—of his script, his film, his own performance and Sharon’s—he nearly vomited. The film, storywise, was now a shambles; it didn’t make any sense.

The end of Polanski’s relationship with Ransohoff’s Filmways left him, in 1967, professionally adrift. His problem, as ever, was one of timing: Had Polanski come to Hollywood two decades earlier, at the height of the studio era, when he had been foraging for scraps of Snow White in Kraków, he would have encountered a power structure more amenable to film production and exploration. “The studio pioneers might have been tyrannical,” Polanski said, “but at least they understood the business they’d built. They also took risks.”

EXCERPTED FROM THE BIG GOODBYE: CHINATOWN AND THE LAST YEARS OF HOLLYWOOD. COPYRIGHT © 2020 BY SAM WASSON. EXCERPTED BY PERMISSION OF FLATIRON BOOKS, A DIVISION OF MACMILLAN PUBLISHERS. NO PART OF THIS EXCERPT MAY BE REPRODUCED OR REPRINTED WITHOUT PERMISSION IN WRITING FROM THE PUBLISHER.