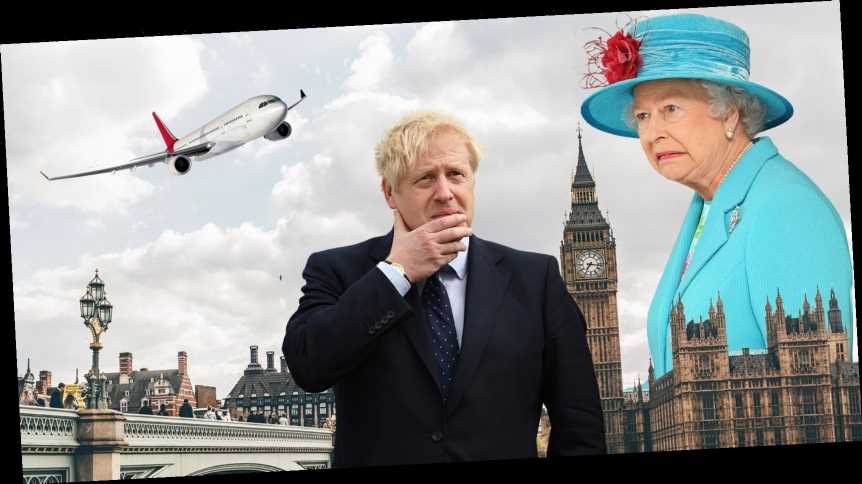 After years of negotiations, we will officially leave the EU on Friday 31 January. But what will happen on Brexit day 2020, and how will it impact our lives going forward? Eve Livingston answers all of our burning questions.

Ever since the country voted to leave the European Union in June 2016, Brexit has dominated headlines.

But for all the debate and analysis, little has been clear or straightforward throughout those three-and-a-half years. It was definitely happening, and then it looked like it might not; it took down Prime Ministers and it sparked general elections; people protested to stop us leaving and others protested to make sure we did leave.

And now, on 31 January, we will. As clocks strike 11pm on Friday, the UK will officially exit the EU. So are things any clearer now?

You’d be forgiven for thinking that 31 January 2020 is just another in a long string of Brexit dates that have ended up being insignificant. After all, numerous failed negotiations and parliamentary votes have resulted in a string of so-called Brexit days passing without event as the UK asked for more time.

But following December’s general election, and the huge Conservative majority that came with it, Prime Minister Boris Johnson has now seen his deal through parliament, as well as agreeing it with his EU counterparts. This means that Friday does mark the UK’s official exit from the EU, an occasion which will be marked by a countdown clock projected onto 10 Downing Street.

Brexit day 2020: what changes on Friday?

The short answer is: not that much. It’s a big day in political and legal terms, with the official exit making our withdrawal agreement – the document which lays out how the UK will leave in full – a legally binding international treaty. This marks the point of no return; the UK will no longer be a member of the EU unless we apply again to join, and UK representatives will no longer sit in the European Parliament or attend EU summits.

Friday also kickstarts the transition period, and a countdown to 31 December 2020, the deadline for finalising a trade agreement and ironing out other outstanding issues. It’s that next stage which is likely to have a bigger impact on our everyday lives than today’s official exit will.

Brexit day 2020: what can we expect in the future?

The UK government hasn’t provided much detail on their plans for negotiations throughout the year, but have emphasised their desire to reach agreement as soon as possible – something EU negotiators have said is unrealistic. Negotiations are expected to begin before March.

The biggest changes to be agreed are around trade, something which could potentially have an impact on the quality or price of products in the UK. There are also still questions around equality and workplace rights which currently come from the EU and are not included in Johnson’s Brexit deal. And there will need to be clarity about UK projects – in research, development, arts and more – currently funded by or carried out in collaboration with the EU, and about future immigration policy between the UK and EU countries.

Not in the next 11 months. Until the withdrawal period is over, those of us in the UK will enjoy exactly the same rights as we always have as members of the EU: we can continue to travel within Europe, enjoying things like mobile phone roaming caps and the European healthcare we have access to at the moment. Until December, we will remain EU citizens in all but name.

From 2021, though, some of those facing the greatest uncertainty are British nationals living in the EU, and EU nationals living in Britain. Their rights remain intact throughout the withdrawal period, and the ‘settled status’ scheme in theory allows them to stay in their host country, provided they meet application criteria and deadlines. But the scheme has already encountered problems, and with no more free movement – the right to move between EU countries as if there were no border – their position will be new and unique.

As with all things Brexit, those on each side of the divide have very different analyses of how women will fare in a post-Brexit UK.

Perhaps the biggest issue still outstanding for women concerns equality and workplace rights. Many of the protections we currently have around, for example, discrimination, equal pay and maternity come directly from the EU and are not included in Boris Johnson’s Brexit deal. These issues will form a considerable part of upcoming negotiations, but what the final agreements will look like remains to be seen.

The government’s own analysis also predicts that the UK’s economy will slow down as a result of Brexit. This is a worry for women, who tend to be disproportionately affected by poor economic performance and who are concentrated in the types of work – part-time; domestic; creative – that tend to be first hit by cuts.

And in many areas of life, we just don’t know yet what will change. It’s possible that trade deals will have an impact on the cost of living, or on the types of jobs we do in the UK. It’s possible that where and how we travel will look very different in a few years’ time. It’s possible that services such as the NHS will be affected by changes to medicine regulation and immigration policy.

But it’s also entirely possible that none of these things will be true. As has been said many times since June 2016, these events are unprecedented and only time will tell what a truly post-Brexit UK looks like. We might have officially left the European Union, but many questions still remain.