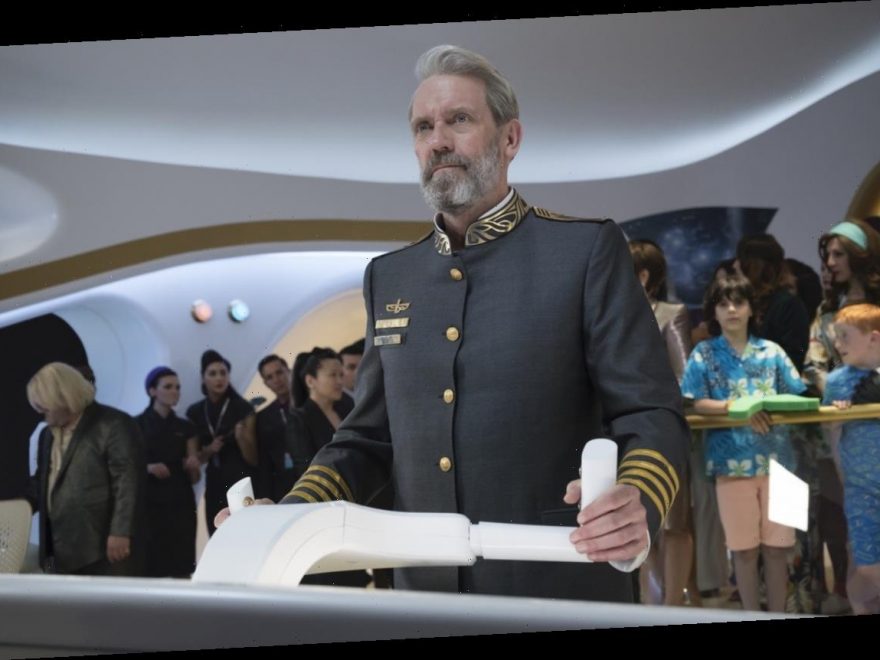 Spoilers ahead through Avenue 5 Episode 1. Hugh Laurie’s Avenue 5 character, Ryan Clark, is a handsome, charismatic, and formidable space captain with a cool head under pressure. Or at least he appears to be until their ship is thrown off course and Clark’s true colors — or accent, as it were — come out. "Are you Australian?" a shocked Herman Judd (Josh Gad) asks during an all-hands-on-deck meeting. No, the captain replies. British. "But that’s so much worse!" the ignorant billionaire responds.

"This is worse even than that," Clark replies, agitated. "I’m not a captain either!" Herman and his right hand woman, Iris Kimura (Suzy Nakamura) are surprised, but Billie McEvoy (Lenora Crichlow) comments that it actually makes a lot of sense. Billie, it should be noted, is the only one who actually knows what she’s doing — well, after her coworker Joe is impaled on his own screwdriver trying to fix the 25 second delay between Avenue 5 and Earth.

The HBO series, created by Veep mastermind Armando Iannucci and co-written by Simon Blackwell and Tony Roche, is set 40 years in the future. As such, the audience is informed that the moon has been turned into a gigantic jail, which is…dark. But also, space spas!!!

However, it seems as though technology has evolved so much at this point that their spaceship, the titular Avenue 5, doesn’t even need to be driven. All of this would have been fine, however, if the ship hadn’t had mechanical problems and the actual mastermind hadn’t died. But Joe needed a public face, which is why "Captain" Clark was hired in the first place. "I don’t really want to speak ill of the dead, but let’s be honest," Laurie’s character says in Episode 1. "Joe’s social skills were — I mean the man could barely finish. In terms of sentences."

As for the accent, Clark explains, "I don’t know, passengers find American more reassuring — God knows why." After his colleagues learn his true identity, the Avenue 5 captain begins dropping his fake accent around them, only putting it on again when he’s back in the public eye.

Then there’s the aggressive passenger Karen Kelly (Rebecca Front), who keeps whipping a microphone out of thin air, making Clark’s job even more difficult. In truth, he’s really just a silver fox in a navy suit, smiling at passengers and commenting that they’re really flexible before realizing that the appendage is actually broken.

Laurie’s character may not be a real space captain, but hopefully he can put on a brave face for the Avenue 5 passengers. Because in space, no one can hear you scream — at least not with the 25 second delay.