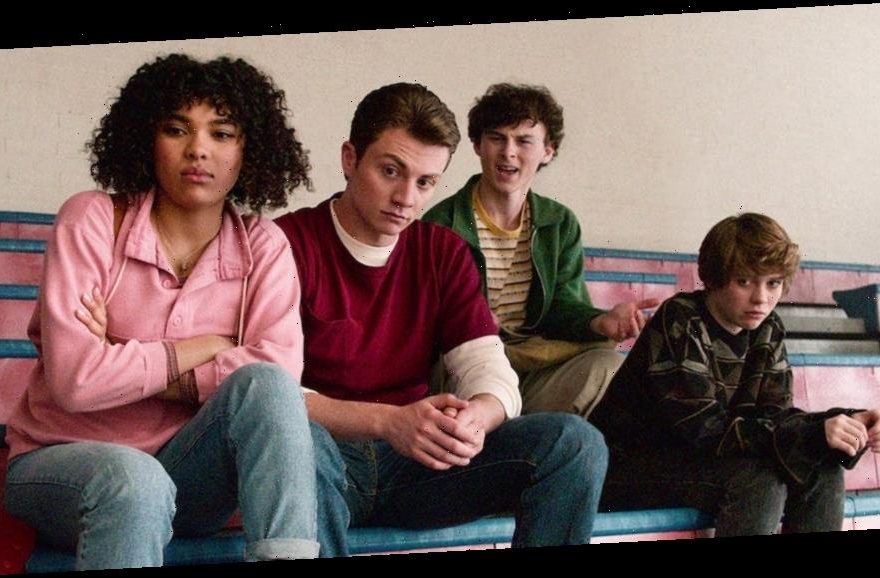 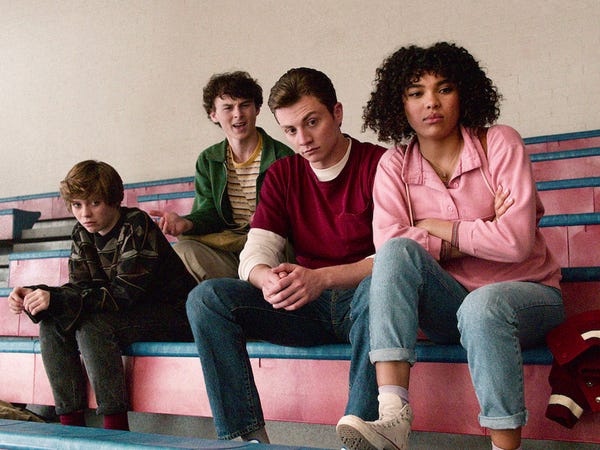 When "I Am Not Okay With This" was canceled earlier this year, one of more than a dozen Netflix original TV shows that were canned in 2020, fans were…not okay.

Jonathan Entwistle, the showrunner and cocreator of the coming-of-age drama about a 17-year-old girl with superpowers, recently spoke with Insider about the shifting landscape at Netflix. During that conversation, he also shed light on why he believes his show was canceled even though his team had already written and planned a second season.

After the first season of "I Am Not Okay With This" premiered on February 26, Entwistle said the show's viewership was strong "on day one." It then dwindled, which is typical for a show on a streamer.

"We just continued on the same path and it wasn't super easy," Entwistle said. "But we were aware early on, pre-pandemic, that there were rumblings of new changes of direction."

Entwistle, who also cocreated "The End of the Fxxxing World," also spoke about why he wanted to recut the first season finale following the show's cancellation, but why that ultimately never came to fruition.

The month before "I Am Not Okay With This" premiered on Netflix, Entwistle and his cocreator Christy Hall had already began writing season two of the show.

"Many of the questions that we posed in the first season were mapped out for a second season," Entwistle said. "When they commissioned season two and they greenlit us into the writers room, they told us it was to be the final season. So we were writing to a finale that we'd already planned."

Entwistle said there were "many unknowns" that had an affect on the writers room, even before COVID-19 began spreading in the US.

"There was obviously the impending writers' strike, which was definitely a huge thing at Netflix," Entwistle said. "We were working almost week to week, not knowing how long it was going to last before somebody pulled the trigger on something that would have an effect [on us]."

Then March came along and with it the closure of many offices and public spaces due to the rising case numbers of COVID-19.

"When the pandemic hit, we moved out of the office and there was definitely a shift within Netflix," Entwistle said. "We finished the scripts and it was hard work in the Zoom-writer's-room. No writer tells you those things are good. It's not good."

Once the scripts were done, the team headed into preproduction — but then the realities of filming during the pandemic sunk in

"We were budgeting, we were ready to roll," Entwistle said. "The show was due to start shooting in May/June and obviously it got delayed. We just realized that to COVID-proof the show was going to cost a lot more money."

"I think I've seen a few people talking and the figures are about right: It's about anywhere between $5 to $10 million per season of television for the PPE, and for the testing, and for the systematic changes with which to make it safer," he explained.

Entwistle said he thinks the cancellation choice came down to Netflix weighing the cost of the show versus the perceived "value."

"Not necessarily number of viewers, because it's more complex than that with Netflix," Entwistle said. "We had amazing viewing figures for a show of that size. If you put that [show] on Hulu, it would be mind blowing, but on Netflix it wasn't that impressive."

"I think that one of the problems we faced with 'I Am Not Okay With This' is that in many ways I considered it to be a smaller, niche show and they considered it to be a replacement for 'Stranger Things,'" Entwistle said. "I do think when they were looking at all the finances, the show was more expensive than they figured it was worth doing."

When asked if anyone had raised the possibility of delaying production instead of canceling the show, Entwistle said they did, noting they thought to hold off on shooting until February 2021.

"Once you go over a certain period of time from when you said you were going to shoot, it incurs quite big costs to pay the actors to keep them," the showrunner explained. "Netflix was basically saying we're paying large groups of filmmakers and actors to remain doing nothing."

And it wasn't only the actors. Entwistle and others on the production side as well would have to be paid.

"We were locked into 'I Am Not Okay With This' and it looked like it was never going to shoot," Entwistle said. "And because I don't have an overall deal or anything at Netflix, it was prohibiting me from working on other projects through COVID."

The show was officially canceled on August 21.

After the show was canceled, Entwistle wanted to recut the season one finale to make it less of a cliffhanger, but Netflix wouldn't let him

"We were shocked when it happened, because I was like, 'What a weird show to cancel,'" Entwistle said, referring to season one's cliffhanger ending.

The show's first season tells the building story of Syd Novak (played by Sophia Lillis) discovering that she has superpowers. By the finale, Syd has uncovered some clues about her late father's past, all of which indicate that he might have struggled with the same superpowers.

A mysterious shadowy figure, who was following Syd throughout the first season, appears once again in the season finale. And when Syd asks, "Who are you? Should I be afraid," the man replies: "They should be afraid. Let's begin."

"We needed a hook to go into season two," Entwistle said of the finale. "That was something that had been, you know, not forced upon us in the writing, but definitely something we were made very acutely aware of. Me and Christy [Hall] wrote that scene pretty much on location in Pittsburgh."

Entwistle said that in the comic book, Syd kills herself "and we didn't want it to end like that in the show." He added, "And in fact, when the show was canceled, I went back to Netflix and said, 'Hey, can you let me recut the last two shots so that there's no dialogue and it just looks like a man appears to her? … but they wouldn't let me.'"

Somewhat ironically, Entwistle's other Netflix series, "The End of the Fxxxing World," would have made a perfect single-season show. But Netflix greenlit that show for season two and it was filmed last year.

"Don't get me started on why we should have just ended it there," Entwistle said. "I fought very hard to end it there."

"For 'The End of the Fxxxing World' I was like, 'We don't need to make another one,'" the writer continued. "I think [it] would have been amazing to have just left it as this legendary thing that existed, like 'Freaks and Geeks. Just that one season of like, 'What the f—? That's so cool.'"

"I think it's always disappointing to see such a whipped up fan base for a show that then gets very quickly canceled and nothing ever gets posted on the Instagram page ever again," Entwistle said. "The show still exists on Netflix, but it just slowly buries itself on Netflix instead of it keeping a life."

Entwistle saw the power of fandoms with "The End of the Fxxing World," and how that same fandom was engaging with "I Am Not Okay With This," since the two shows take place in a loosely shared universe.

Netflix also paired Entwistle with "Stranger Things" director and producer Shawn Levy, making it a key part of the marketing push for "I Am Not Okay With This."

"The [fans] all came, but I feel sad because they've been abandoned," Entwistle said.

"I get so many DMs all the time," he added that fans have been "really positive." Still, for the cocreator and showrunner, it still feels like he's letting them down.

"I feel like when the shows get canceled, they are expected just to move on to the next thing."