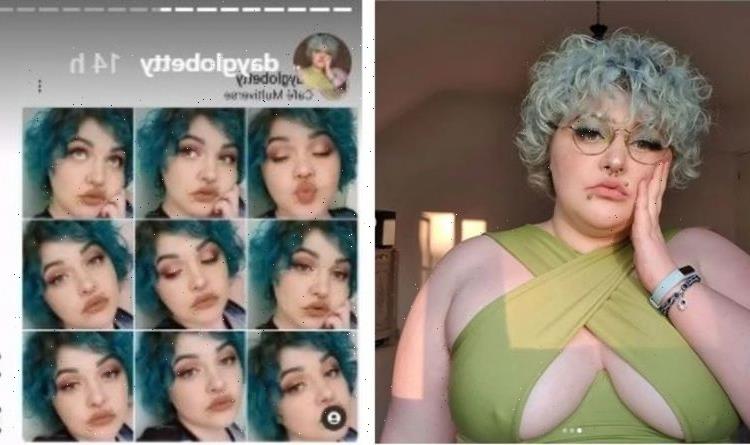 Shooting down the controversial comment in her stories and branding it “online hate” yesterday, Betty Ross has asserted: “People who claim to treat depression should not [be] using mental illness as an insult against people.” Jonathan Ross’ daughter said she had been severely ill at the time and that taking a string of selfies had been a much-needed distraction to improve her mood.

The outspoken star revealed that the criticism was one of the first posts she’d noticed when returning online after Shabbat – the religious day of rest when many believers choose to refrain from using electrical devices.

“Nothing speaks to mental illness more than posting 9 selfies in 1 pic,” unlockyourlifetoday told her. “So selfless and community focused.”

Betty hit back: “I think this is a good opportunity to talk about ableism some more and about the weird nature of online hate comments.”

In an attempt to humiliate the owner of the so-called self-help site, she posted a link to it, writing: “This account claims to do hypnotherapy, including a claim that they can ‘heal depression in a way that traditional talk therapies cannot’.

“I do not know how effective hypnotherapy is at treating depression compared to talking therapy, but what I do know is people who claim to treat depression should not [be] using mental illness as an insult against people.

“You shouldn’t treat those with mental illnesses if you see mental illness as something embarrassing or some kind of character flaw.”

She continued: “Next, let’s talk about the weirdness of online hate.”

“Firstly, this person doesn’t even follow me,” she pointed out.

She added that they had scrolled back to a picture that was two years old to leave their antagonising comment.

“It’s unclear whether they scrolled through all my stuff intentionally, waiting to see a comment they found infuriating, or quickly scrolled down my feed trying to find something they could be mean to me about, but I think [it’s] bizarre [either way],” she commented.

“This is a picture sharing app,” she continued.

“It’s pretty reasonable to assume that it’s a good place to share pictures of yourself.

“This picture in question was when I was still really ill, but prior to my suspected long covid diagnosis,” she revealed.

She explained she had summoned up the strength to do her hair and makeup and had been “excited to share some pictures”.

“Even if my reasoning for sharing the pictures was that I looked totally hot, [that’s] totally valid,” she argued in defiance.

“There’s no wrong reason or wrong way to share some selfies on an app made for photo sharing, and unless someone’s picture or caption is mentioning their mental illness, you can’t diagnose someone through a screen.”

The account that had posted the comment had been advertising “low cost and no cost support for all”, including not just hypnotherapy, but also “meditation and affirmations”.

Yet Betty countered the profile, calling out the catty comment for not coming from a “place of concern”, and branded it “undeniable ableism”.

“Liking how you look doesn’t automatically mean you are selfish or don’t help your community,” she continued.

“If you take a photo of yourself you like, that’s wonderful!

“There will always be weird people out there who find that intimidating or infuriating, but for every one of them there’s hundreds or thousands who want to see you flourish!”