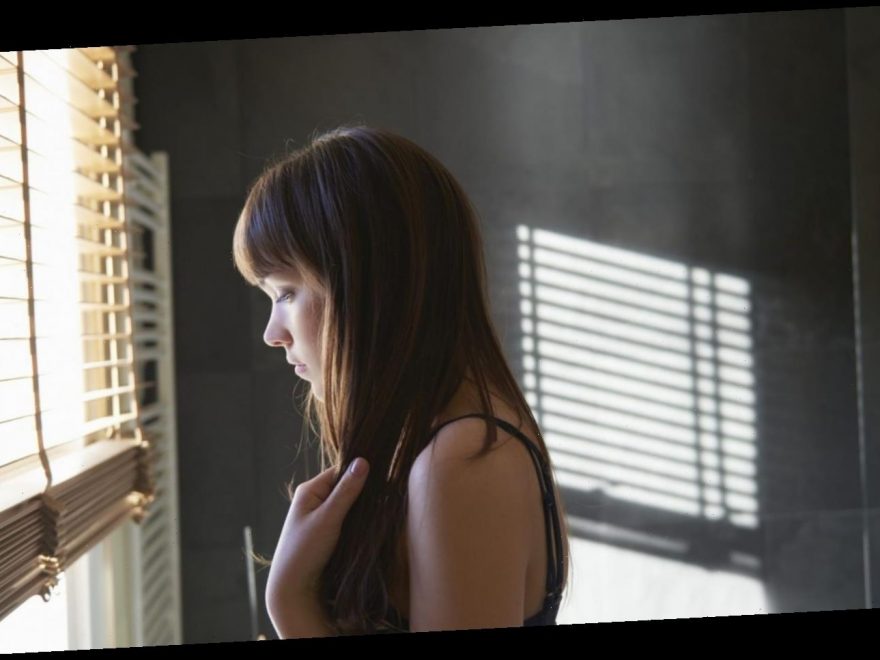 Romantic comedies tell us that being pursued is the sign of true romantic love, but they couldn’t be more wrong. As stalking laws in the UK change, meaning suspected stalkers under police investigation can no longer contact their victims, one woman shares her experience of being stalked by an ex-partner – and explains what you can do if you feel you are in a similar position.

There’s a scene in Say Anything that never fails to leave me cold. Even if you haven’t seen the film you’ll know the one I mean. It’s the now immortal moment where a recently spurned John Cusack brandishes a boombox outside his ex’s window in an attempt to win her back.

It regularly makes lists of the most romantic moments in cinematic history, which leaves me baffled. After all, how many of us would really want an ex to show up unannounced, blaring syrupy sweet love songs for all the neighbours to hear?

“The thing about romantic gestures,” a friend once sagely told me, “is they’re only romantic if you actually like the person. Otherwise they’re just weird.”

At the time this was an offhand remark. But it wasn’t until the night that I went to the police to report a six month campaign of harassment that her words took on a renewed significance.

Perpetrated by an individual I had casually dated for a few months, my ordeal began as a seemingly well-meaning attempt to win me back, but quickly turned into something much more sinister. At first things seemed innocuous enough. He missed me too much not to contact me. He couldn’t stop thinking about me, so it was only natural that he would message me multiple times a day.

However, within weeks I was fielding abusive and false posts about me on social media, a barrage of messages sent from a string of accounts and numbers, and sexually violent voicemails left when I refused to answer my phone.

The overblown trope of the male pursuer fighting for the woman he loves may play out pleasingly as a plot device, but in reality this kind of persistence is much more insidious. In 2016, 24-year-old Alice Ruggles was killed by a former boyfriend. She had reported him to the police nine times for behaviour that included leaving flowers and chocolates on her bedroom windowsill. The police report had stated that they did not consider her ex-partner a threat.

For me, similar gestures seemed equally sweet to outsiders. From the enormous and exorbitant bouquet of pink roses that I was forced to collect, blushing and agonisingly embarrassed, from the reception of my office, to the teddy bear that I immediately jammed into the bin beneath my desk. My colleagues surged around me exclaiming how sweet it was that I’d received flowers at work and bemoaning that their partners who would never think to do such a thing.

Having had a run of failed relationships, some urged me to take the refusal to cut contact as a compliment. “It just goes to show you’re a catch”, a friend told me at first, “he obviously just really likes you. It’s flattering”.

As I tried to explain that I didn’t feel particularly flattered my phone bleeped from my bag, with message after message explaining why my decision to end the brief relationship was utterly invalid. Newly created social media accounts followed me every time I blocked the last. A torrent of texts told me that I simply didn’t know what I wanted; that I had to stop listening to my friends; that he knew me better than they did, better than I knew myself. My ability to decide who I wanted to be with was being taken away from me. It felt like power play of the worst kind.

As things escalated – the phone calls became more frequent, the messages more twisted in sentiment – I received a call. He was in his car. He told me that he would crash it and end his own life if I didn’t agree to see him. I reached out to his friends and begged them to reason with him, terrified of what extreme behaviour he was capable of. Their response brimmed with blame. “You and I both know he’s a good guy but he’s heartbroken. He’s just fighting for you. He’s being punished for how he feels.”

In the midst of these misguided messages I felt endlessly guilty.I became convinced that I had driven my harasser to act the way he did and that I was overreacting to his threatening behaviour. Perhaps his actions were, in fact, perfectly in proportion to the rejection I had dished out. When rom-coms tell us that to be pursued is the pinnacle of love, it becomes difficult to untangle idealism from reality.

This mindset was so prevalent that when friends began to urge me to go to the police, horrified by how things had escalated, I was resistant. How could I report someone for behaviour that I had surely caused? And how could I explain feeling so threatened by a shower of attention and gifts – the very things that we are told represent real romance?

Although I am now rattled by my own reluctance to report an incident of this kind, it seems I am not alone. Research suggests that victims of stalking do not seek help until, on average, the 100th incident, and it is estimated that only 50% of people who experience stalking ever go to the police. Although the reasons for this are complex and numerous, dispelling the myth of love being persistent and obsessive can only help women finding that threatening behaviour all too easily confused with romantic pursuit.

When I eventually did report my ex, I did so apologetically. I was convinced the police would ask me why I was wasting their time on a crush gone a bit awry. By this point I had mentally mapped out escape routes in my house in case he managed to force his way inside, and logged where potential weapons were kept, calculating whether he could get to them before I did.

I had worried that the sympathetic police officer might, at most, log my grievances as a young woman griping about a break-up. Instead, they told me how serious the harassment was, and how concerned they were for my safety. Perched on a plastic chair in an East Oxford police station, the rose-tint of romanticism seeming a million miles away, my fears finally felt validated.

Now, looking back almost two years later, the fear I felt still seems fresh. Reading back through the messages sent to my work email account and my phone, or pushed through my door – any way I could feasibly be contacted – make me feel faintly sick as I relive the horror I felt at the time.

It’s important to realise that stalking and harassment don’t always look like the stranger following you home or hanging around outside your work. It can be someone that you once genuinely cared for, refusing to take no for an answer.

What to do if you’re experiencing stalking or harassment

The following advice is from Victim Support:

Stalking and harassment can have a serious impact on your mental health, as well as your personal safety, so it is important to talk to someone if you can. This can be a friend or family member, or even a trained professional. It’s also a good idea to talk to your workplace so they can help to keep you safe.

Keeping a diary can be useful if you do decide to report the harassment but it can also be helpful in working out if there is a pattern to the stalker’s behaviour. Write down the date, time, location, and details of each incident as it occurs and the names of anyone who witnesses it who could confirm what has happened.

Keeping copies of any letters, text messages, emails, or social media messages is really important. If you are being harassed in your home, it can be a good idea to record any activity through CCTV or a mobile phone, but it is important to do so discreetly or this will place you at risk.

If possible, it can be a good idea to change your routine, but ensure this route is known to your support network or the police if you have reported the stalking. This is especially important if the person harassing you is an ex-partner and may know the details of your daily life.

In an increasingly digital world, there are many more opportunities for stalkers to target their victims.Be careful about accepting friend requests from people you don’t know, as people often set up fake profiles. It is important to keep your social media as private as possible – this will limit the information people can access about your routine and whereabouts.

There are several independent charities that can provide emotional and practical support to help you through this. They will provide support which is free and confidential. They can help you, whether or not you have reported the stalking to the police – and can support you through the reporting process, if that’s something you choose to do.

Most importantly: do not suffer in silence, you will be believed.

Victim Support is an independent charity that provides practical and emotional support to victims of all crimes, including stalking and harassment. For help and information you can contact the charity’s free 24/7 Supportline number on 0808 16 89 111 or seek support via the website: victimsupport.org.uk.