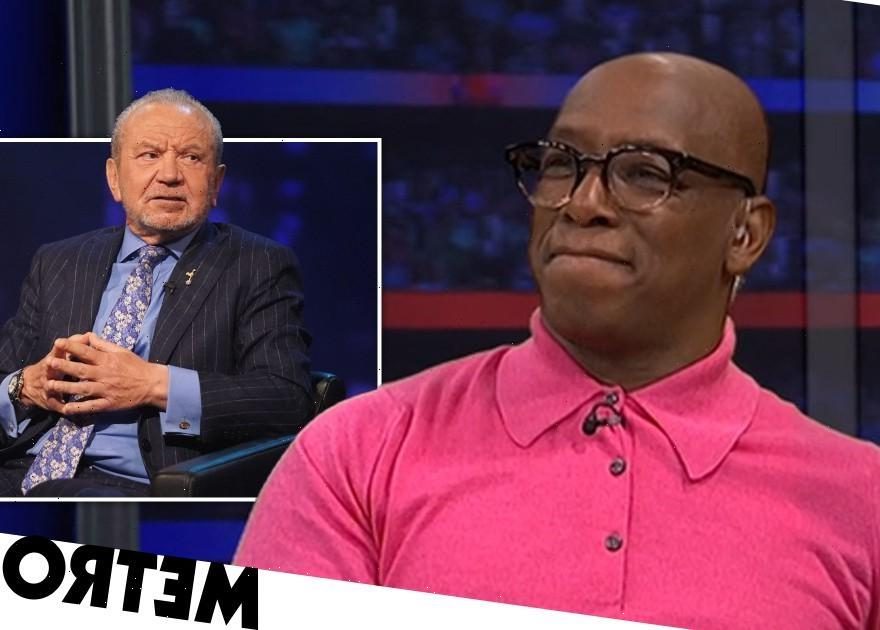 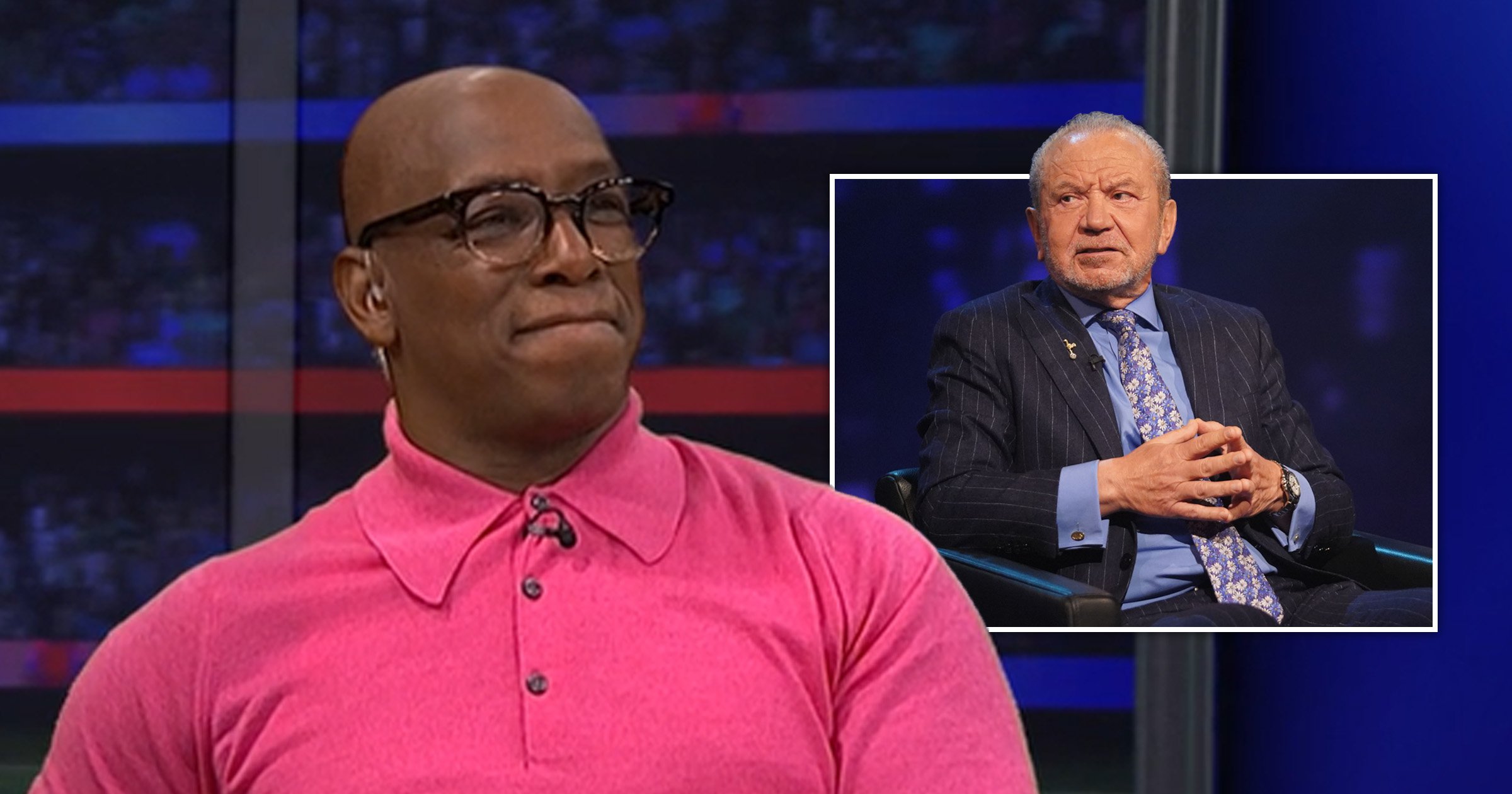 Lord Alan Sugar wondered if Ian Wright would have worn a pink shirt in light of the Arsenal team’s new kit – and he’s now received his answer in the best way possible.

The Apprentice star was subjected to ridicule after his bizarre tweet about the blush pink colour of Arsenal’s kit, which the players debuted during their first game of the season against Crystal Palace at Selhurst Park on Friday night.

However, Lord Sugar appeared to doubt that Arsenal legend Wright would have been comfortable to do so back in his day.

‘Pink shirts !  I  wonder if @IanWright0 would have played in a pink shirt,’ the 75-year-old businessman tweeted.

He snapped back at a fan in a separate tweet: ‘Idiot a pink shirt to wear with suit is perfectly fine . But a football Jersey  …. come off it.’

Wright, 58, chose not to respond to Lord Sugar in 280 characters on Twitter but instead, by wearing his own hot pink shirt while appearing on Match of the Day on Saturday night.

During the episode, viewers tweeted in their droves to praise Wright for being ‘petty’ with his wardrobe choice, which was a subtle but clear response to his social media foe.